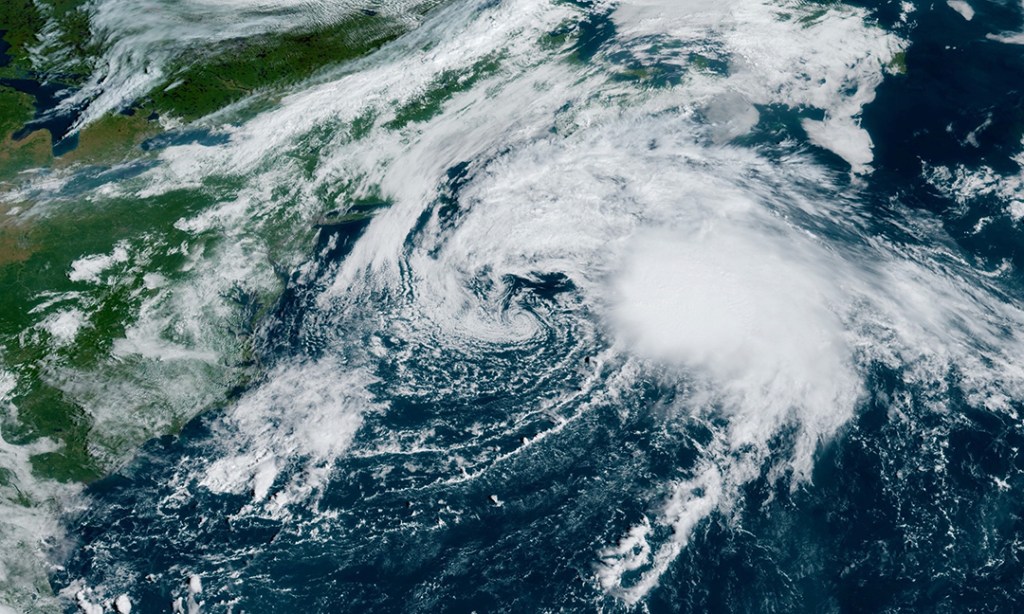 Tropical Storm Odette slogged off the mid-Atlantic coast Saturday morning and was expected to weaken Saturday night as it approaches eastern Canada.

Odette was traveling northeast at 15 mph (24 kph) and was centered about 225 miles (360 kilometers) south of Nantucket, Massachusetts, according to the National Hurricane Center in Miami. It had maximum sustained winds of 45 mph (75 kph).

Swells generated by the storm were affecting parts of the mid-Atlantic coast and will cause dangerous conditions off the coasts of the Northeast U.S. and parts of Canada over the weekend, forecasters said.

No tropical storm warnings or watches were issued.

Forecasters expect Odette to weaken to a post-tropical cyclone as it moves south of eastern Canada, potentially affecting Newfoundland.

It was only the fourth time since 1966 that 15 named Atlantic storms had developed by Sept. 17, according to a tweet from Colorado State University hurricane researcher Phil Klotzbach. The other three times were in 2005, 2011 and 2020.