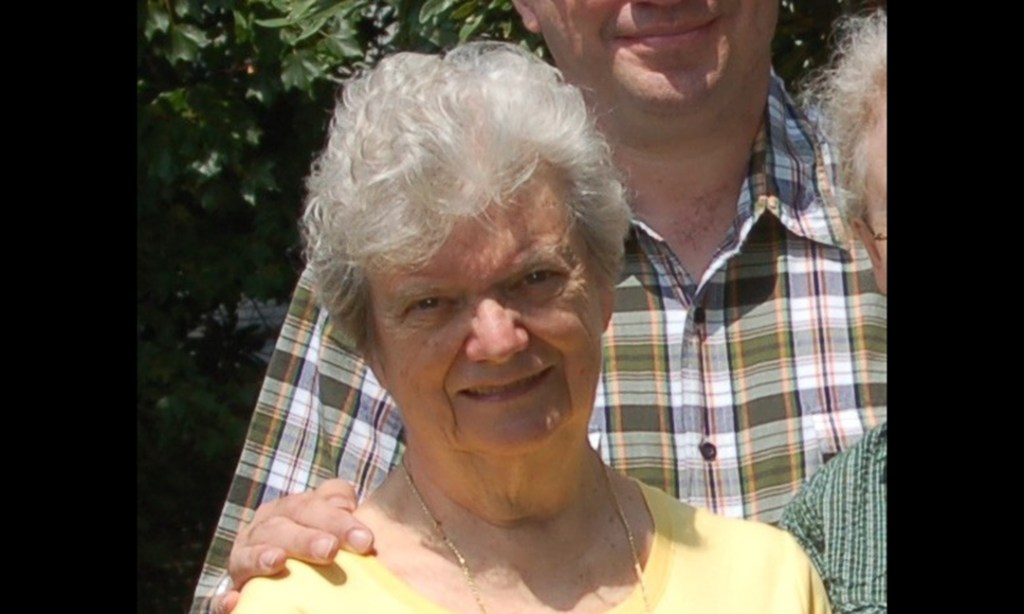 Medora M. Kaltenbach, of Southern Shores, a retired Social Security administrator who moved to the Outer Banks more than 40 years ago and enjoyed traveling the world, playing Mahjong and depicting East Coast lighthouses in needlepoint, died Saturday (Sept. 18) at her home after a long illness. She was 88.

A native of Baltimore, Md., Medora Marie Kaltenbach was born on March 3, 1933 – just three days before President Franklin D. Roosevelt closed the banks, part of his strategy to pull the U.S. out of the Great Depression. Ms. Kaltenbach enjoyed telling the story of how her father was unable to pay for his wife and daughter’s hospital stay until the banks reopened. Her father, Edward T. Kaltenbach, was a warehouse manager for the American Oil Company; her mother, Sadie Medora Kaltenbach, was a 1916 graduate of Baltimore’s Western High School who, during World War II, worked on the assembly line at Bendix Corporation, assembling radio components for the war effort.

Ms. Kaltenbach attended Towson Catholic High School in Baltimore County, Md., where she played basketball and softball. After graduating in 1951, she headed west, enrolling at the University of Michigan and majoring in French. She graduated in 1955.

Among her first jobs was working as a waitress, to earn money and help pay the tuition while at Michigan. She later worked briefly as a teacher at Catonsville High School, north of Baltimore. Her dream job, Ms. Kaltenbach often said, would have been flight attendant. But when she applied for a job with a major airline, she would explain with a frown, she was turned down because her hips were too wide. The traveling she often dreamed of would have to wait until later.

Shortly after graduating college, Ms. Kaltenbach began working for the Social Security Administration. She would remain there, eventually being promoted to several administrative positions, until retiring in December 1986 with more than three decades of government service.

Ms. Kaltenbach was a certified public accountant, having passed the C.P.A. exam in 1983. She was an ardent fan of the Baltimore Orioles, and later of European soccer, where she rooted hard for Barcelona. She was also a devoted duckpin bowler, participating in Baltimore-area leagues and tournaments through the 1970s. It was while bowling that she met her longtime friend, confidante and traveling companion, Fritz Stern, who moved with her to the Outer Banks, living in an apartment in Kitty Hawk.

Shortly after her retirement from Social Security, Ms. Kaltenbach moved to Southern Shores, on North Carolina’s Outer Banks, where she had purchased a plot of undeveloped land in the mid-1970s. She called the Outer Banks home for the rest of her life. For years, she was an active member of the Outer Banks Woman’s Club and the Duck Woods Country Club. Her needlepoint depictions of East Coast lighthouses were long a fixture at area craft shows, and she was rarely too busy to enjoy a rousing game of Mahjong at the club. She also volunteered her time at the Southern Shores Volunteer Fire Department.

Ms. Kaltenbach always enjoyed traveling and after her retirement, that became her special passion. She made scores of trips, visiting every continent except Australia; her favorite trip, she said when pressed, was to the Himalayan nation of Bhutan.

But, in a relationship that dated back at least to her university days and her study of French, Ms. Kaltenbach retained a special place in her heart for Paris. In 2006, she bought a condo in the City of Lights, and would spend four to six months a year there, working to master the language; relishing the opportunity to attend performances at the famed Palais Garnier, or Paris Opera; eating mussels at her favorite bistro; or volunteering at the American Library in Paris.

Plans for a memorial service for Ms. Kaltenbach in Baltimore are pending. The family asks that memorial contributions be made to the American Cancer Society, at cancer.org. Expressions of sympathy and comfort are welcome via the online register at www.gallopfuneralservices.com. Gallop Funeral Services, Inc., was entrusted with arrangements.