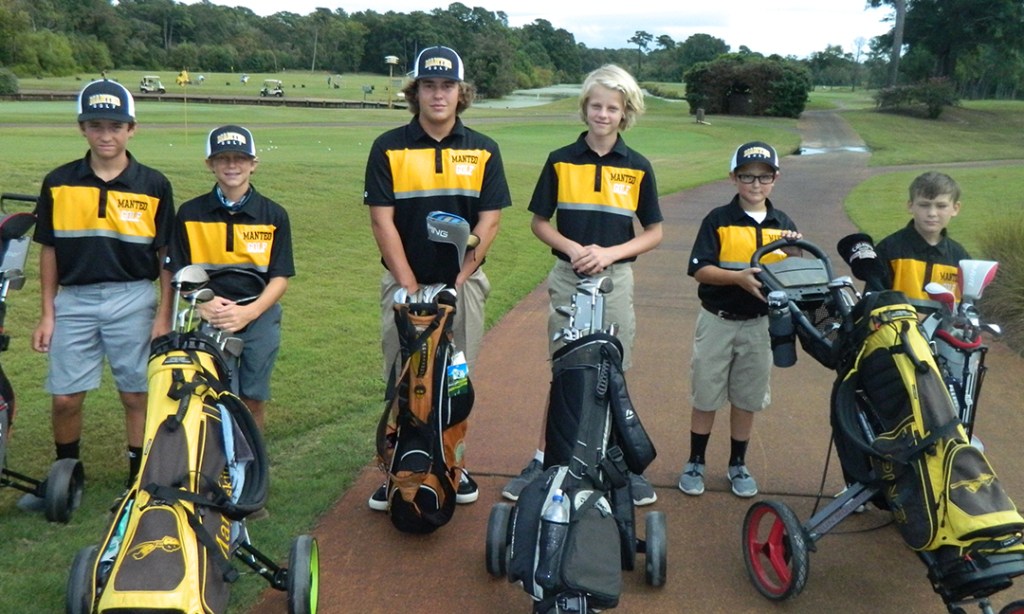 Most of the rainfall forecast for last Thursday afternoon failed to make an appearance, allowing middle school golf teams from Manteo to Moyock to negotiate Duck Woods Country Club under overcast skies.

Hampered only by a couple of brief periods of misty rain and occasional gusts of wind, First Flight golfers completed the September 16 match with a first place in team standings with a score of 179. Currituck finished a few strokes back in second with 192 followed by Moyock with 207. Manteo took fourth with 228.

Reflecting on the day’s results, Manteo Middle School coach Zach Alexander said his team may not have turned in a great performance from a golf standpoint, but it was great in that four of his six players had never played in a match before.

“They were able to get out there and see the competition level between the three other teams out there,” said Alexander.

He went on to explain that the top four player scores are totaled to get a team score, but overall golf is an individual event.

“I preach etiquette and technique during practice,” Alexander continued. “Now our matches are getting them to go play and see what golf is really about. And they posted a score today, so now the goal is to get better scores than they did today.”

That will likely be some additional practice on specific golf skills.

“It looked like, from what I saw,” Alexander added. “For a couple of my golfers, their putting really killed them. I try to reference that every day at practice, that putting is what will help us.”

“The difference is,” Alexander explained, “we have a couple of baseball players on the team and when they get to the high school level, golf is in the spring so they tend to lose a few of them.”

Alexander added, however, that his top two players are eighth graders and currently they plan to play golf at the high school next year.