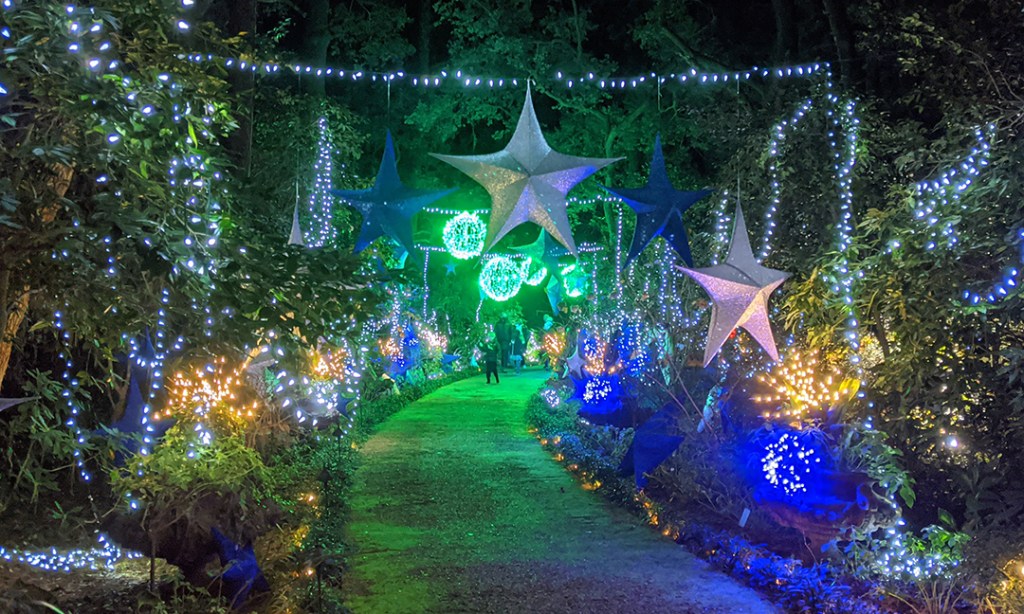 One of the grants approved by the Dare County Tourism Board is for the 2021 Elizabethan Gardens WinterLights event. Theresa Schneider photo

Following a Grants Committee recommendation, members of the Dare County Tourism Board at their September 16 meeting approved 10 individual grant requests for a total of $125,180.

Following a unanimous vote to approve the 10 requests, it was noted that there is $224,820 remaining in the account.

During a monthly financial report, board treasurer Ervin Bateman advised that July occupancy receipts are up 4.58 percent and prepared meals up 46.9 percent from prior year actuals. In addition, retail collections for June were up 63.11 percent for the month and 72.66 percent for the calendar year.

Overall gross occupancy sales reported for July 2021 are 5.1 percent higher than July 2020 and are up year to date 53.8 percent.

Although all classes of occupancy showed growth in July 2021, with Property Management up 1.16 percent and Hotel/Motel up 34.7 percent, it was also noted that, according to Dare County officials, due to late reporting about $12 million in occupancy taxes for real estate agencies will be reported in August. The additional revenues would be a monthly increase of 13 percent.

Other business for the day included a report from Cape Hatteras National Seashore Superintendent Dave Hallac, who advised that beach driving is now allowed 24 hours a day except for areas near active turtle nests. He went on to say the park service has issued more than 50,000 off road permits – considerably more than the 30,000 to 35,000 issued, which was considered a lot, when he first came to the Outer Banks.

Peters said most locals and visitors are here primarily for the water and harsh ocean days make the sound a preferable alternative. Although there are access issues at the Event Site, it is an ideal place for multi-purpose activities. A walkway already exists at the north end of the property and he presented several access ideas including using the adjacent Harvey Access.

Board member Webb Fuller pointed out that there is a working group already looking at the same ideas Hardy is suggesting, and Tourism Board executive director Lee Nettles advised that the committee was scheduled to meet at the Event Site Thursday, September 23.

The next Dare County Tourism Board meeting is scheduled for 9 a.m. on Thursday, October 21.