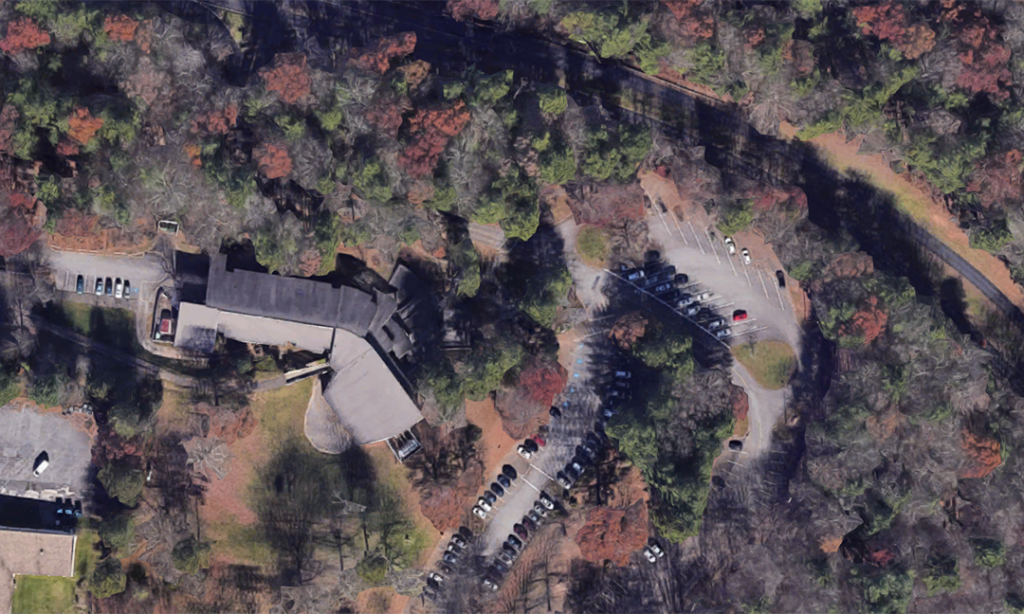 The area of the Folk Art Center along the Blue Ridge Parkway. Google Maps image

A couple in a parking area along the Blue Ridge Parkway in North Carolina has survived being attacked by a bear which it says may have been triggered by their barking dog, the National Park Service said.

The park service said in a news release that the couple was picnicking on a grassy hill close to the Folk Art Center near Asheville on Wednesday when they were alerted to the bear by their dog, news outlets reported.

Officials say the dog, which was not on a leash, ran toward the bear, which officials think may have aggravated the bear.

“Likely aggravated by the dog, the bear acted defensively toward the dog and the couple. Over the next several minutes, there were repeated attacks by the bear while the couple retreated with their dog to the safety of their vehicle,” stated a press release from the park service. “The couple drove to Mission Hospital where they were both treated for their injuries and released.”

The extent of their injuries was not revealed.

Multiple sections of the parkway were closed in response to the incident. The North Carolina Wildlife Resources Commission and National Park Service were working together to capture the bear, officials said, adding that the bear will be euthanized when it is caught.

The parkway covers 469 miles (754 km) in western Virginia and North Carolina, according to the park service.