Nags Head National Night Out saw its best turnout yet the evening of Tuesday, October 5 as the police department and the community joined together for an evening of fun and friendship.

The event, held at Dowdy Park, drew several hundred people. Police cars, fire trucks and EMS vehicles were on display, community organizations offered information and freebies, and there were games and activities for children. Other attractions included a large bounce house and seatbelt simulator machine.

Police officers grilled out for the crowd and families lounged on the grass, enjoying a complimentary dinner of hamburgers, hot dogs, chips and bottled water.

The official website for the event (www.natw.org) says “National Night Out is an annual community-building campaign that promotes police-community partnerships and neighborhood camaraderie to make our neighborhoods safer, more caring places to live. National Night Out enhances the relationship between neighbors and law enforcement while bringing back a true sense of community.”

Police Chief Phil Webster took the first turn in the dunk tank, which was a hit among the children. Despite getting dunked dozens of times, Chief Webster said, “National Night Out was phenomenal. The attendance from our residence and community partners illustrates the level of support Nags Head Police Department receives from the public on a daily basis. Thank you Nags Head!”

At the October 6 Nags Head Commissioners meeting, commissioner Kevin Brinkley said, “I’d like to express my appreciation to the police department for the National Night Out event last night. I certainly believe that it was the largest National Night Out event that I’ve ever seen and through all the years that we’ve had that event. Deputy Chief Hale, Lieutenant Montgomery did the cooking – they ran out of food, ran out of drinks, that’s a good thing – so it was very well attended and the dunking booth was certainly a popular event as well. As it was getting dark and the event was winding down, there were still people lined up to throw the ball and try to dunk the police, so again thank you to the police department for a great event.” 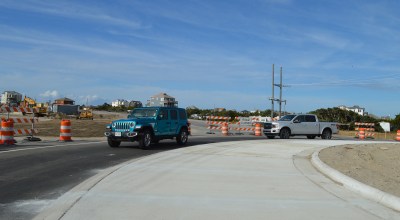 NC 12 roundabout in use in Rodanthe 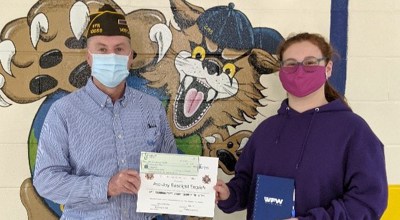