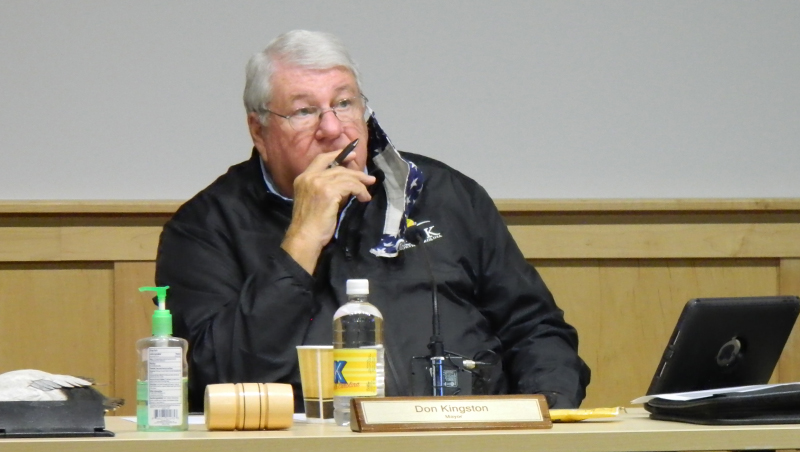 A major focus of the November 3 Duck Town Council meeting appeared to be contracts.

Following a lengthy discussion with Waste Management representatives at the October 6 meeting, council on Wednesday reviewed and approved three changes to the current trash collection contract.

The primary change, effective January 31, 2022, rolls back collection pick-up days to the original contract language of twice per week on Mondays and Fridays from May l through September 30 with one collection per week each Monday from October 1 through April 30.

Two other changes, effective on December 6, have contract language that matches what is actually being done – collect on Tuesdays and Thursdays – and move the start time from 7 a.m. to 5 a.m.

According to town manager Drew Havens the earliest collections are likely to begin is 6 a.m. The earlier start time simply allows a little leeway in case a truck arrives a little early.

“Our goal,” explained Havens, “which was one of the goals of the split route, is to get their trucks out of Duck as early in the day as possible, especially during the busier times of the year.” 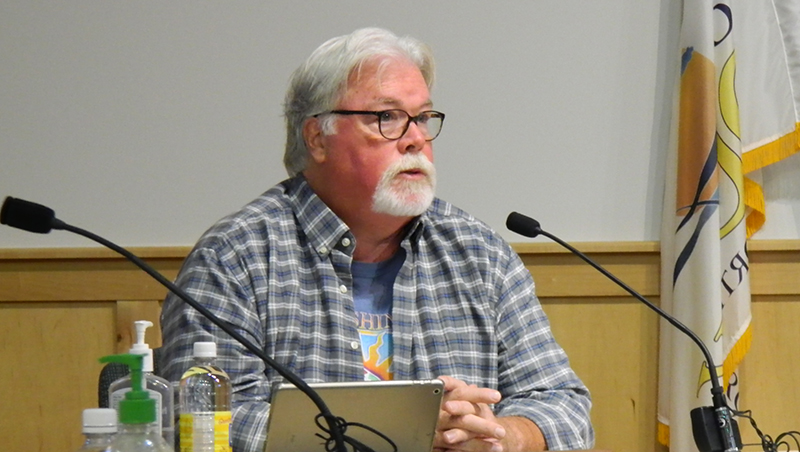 After being awarded a Dare County Tourism Board grant and a National Fish and Wildlife grant for northern Duck village projects earlier this year, Duck officials were recently notified that a $1.7 million Building Resilient Infrastructure and Communities (BRIC) grant would also be awarded for NC12 improvements sometime between this December and the first of 2022.

Since lane closures will be required for some of the NC 12 construction in the area between Sunset Grille and Sea Colony Drive, it was agreed that the original time-frame set for the projects will need to be pushed back to at least mid-October 2022.

However, because the Tourism Board and the National Fish and Wildlife matching grants both require expenditures within a specific time frame, a one year extension will be needed. According to Joe Heard, community development director, the BRIC grant is expected to fund a substantial portion of a multi-faceted project.

The final council action for the night authorized the town manager to move forward with two Duck Trail improvement contracts.

Town documents show that Duck Trail repaving bids had Fred Smith Company the low bidder with a $188,920 offer to remove and reconstruct 707 linear feet of permeable concrete and 313 linear feet of conventional concrete along with other drainage work for the Duck Trail shared use path between Oyster Catcher Lane and the previously completed section south of Blue Heron Lane. Hatchell Concrete, Inc. was the other bidder at $218,500.

For retaining wall replacement work, a Millstone Marine bid of $74,079 was the only submission.

That project involves removal and reconstruction of 289 linear feet of retaining wall along the east side of Duck Trail from the Carolina Dunes neighborhood to south of Wood Duck Drive, and 48 linear feet of retaining wall work along the east side of the Duck Trail adjoining the US Army Corps of Engineers Field Research Facility property just south of Nor’ Banks Drive.

Although bids for both projects came in over budget, $53,920 and $14,079 respectively, council agreed prices were not likely to go down anytime soon and, as Mayor Pro Tempore Monica Thibodeau said, “Pushing everything off a year doesn’t really gain us anything.”

Both bids are valid for 45 days.

In other business for the night, council approved a consent agenda with September 1 and September 10 meeting minutes, a $24,500 budget amendment for an unbudgeted Governor’s Crime Commission grant to purchase police department radio equipment and an updated records retention schedule issued by the NC Department of Natural and Cultural Resources.

The next scheduled Duck Town Council meeting will be the mid-month meeting on Wednesday, November 17 at 1 p.m.