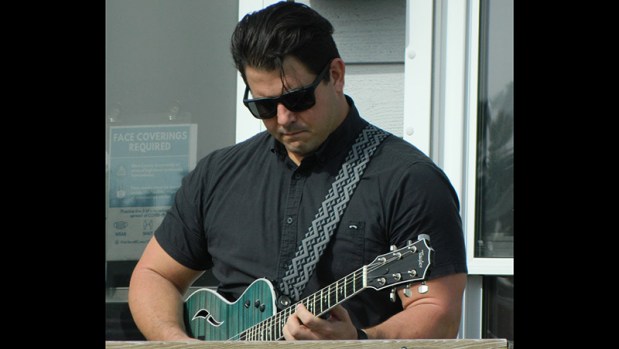 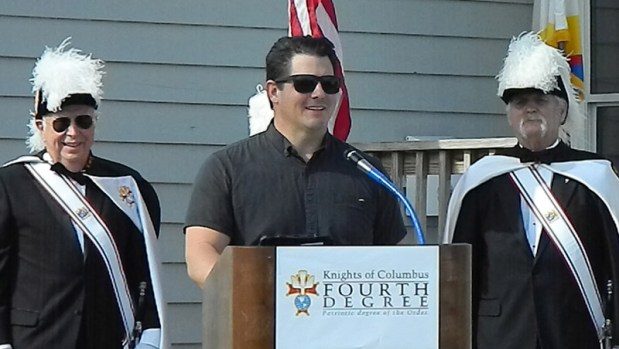 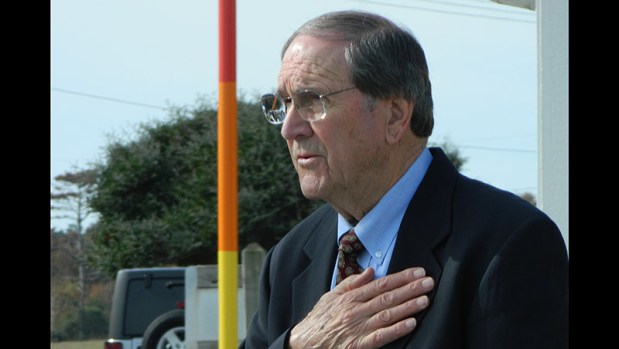 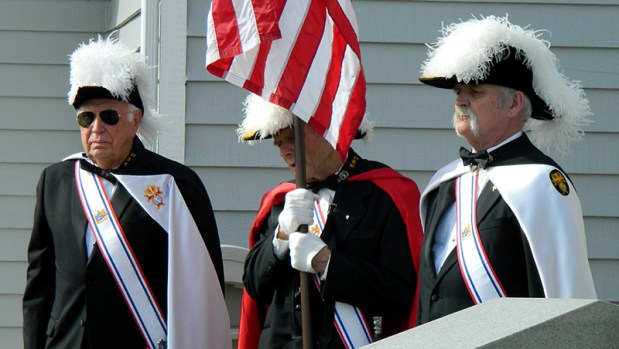 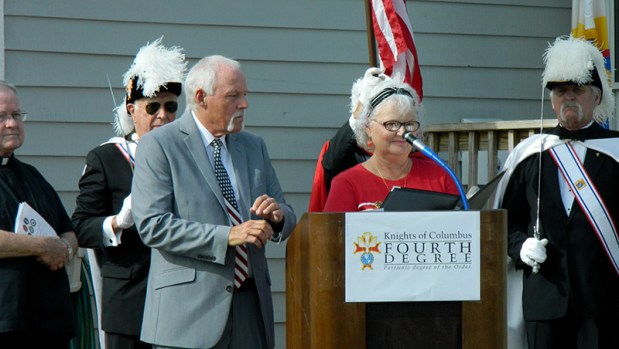 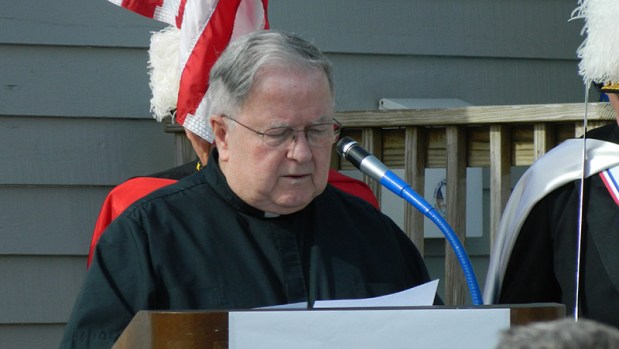 Jonny Waters, a U.S. Army combat veteran and local musician, spoke to a crowd of about 75 people at the Veterans Day ceremony at the Southern Shores Town Hall Veterans Garden.

Joining the service upon graduating from high school soon after the attacks of 9/11, Waters said he picked the Army infantry because he wanted to be part of the action.

In addition to talking about his fighting experiences as a machine gunner and mortar man, Waters said it was less than six months after playing high school football that he was in a war zone fighting alongside Australian special forces explosive ordinance teams and carrying out reactionary force fire missions.

He cautioned, however, that some of that experience comes at a price.

“It’s not enough to just thank a veteran for their service,” Waters explained. “There is a high suicide rate and considerable risk-taking behavior. When you thank that veteran, check to make sure their mental state is solid. Therapy is essential.”

Over the past 15 years since leaving the military, Waters has actively promoted world peace as a full time singer, songwriter and live music performer. With a masters degree in education, he has for the past five years been a social studies teacher at First Flight High School and is working towards his Ph.D.

Veterans Day is a public holiday to honor all American military personnel. Held on the anniversary of the end of World War I, it was initially known as Armistice Day and marked the signing of the armistice ending World War I hostilities between Allied nations and Germany on the 11th hour of the 11th day of the 11th month of 1918. In 1954, the original 1938 Act was amended by replacing the word “Armistice” with the word “Veterans,” making it a day to honor all American military personnel who served the United States in all wars.

The day is marked the U.S. in some places by parades and church services, the American flag is flown at half mast and a two minute period of silence observed at 11 a.m. and in one form or another in France, Great Britain, Australia and Canada.

The Southern Shores ceremony ended with a unique performance of “Taps” by Waters.