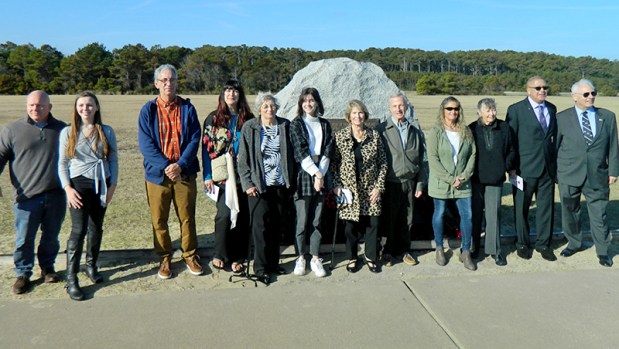 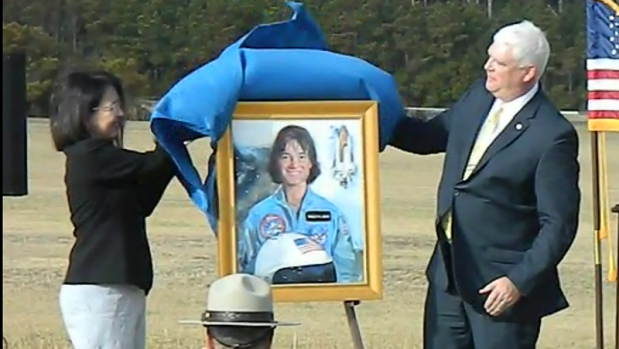 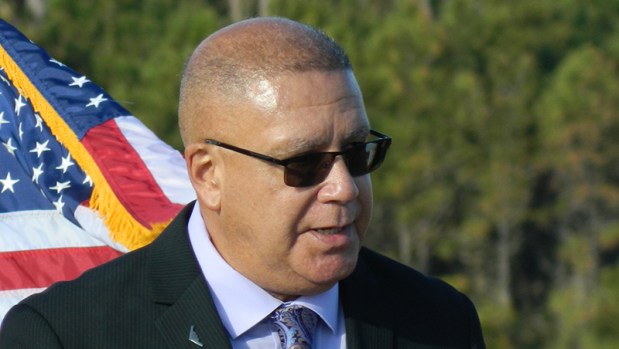 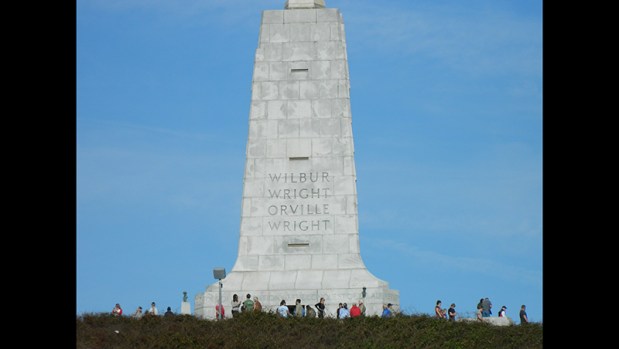 A morning of perfect weather and free admission to the Wright Brothers National Memorial greeted a crowd of visitors Friday at the 118th anniversary of the first heavier-than-air, controlled, powered flight. Philip S. Ruckle Jr. photo 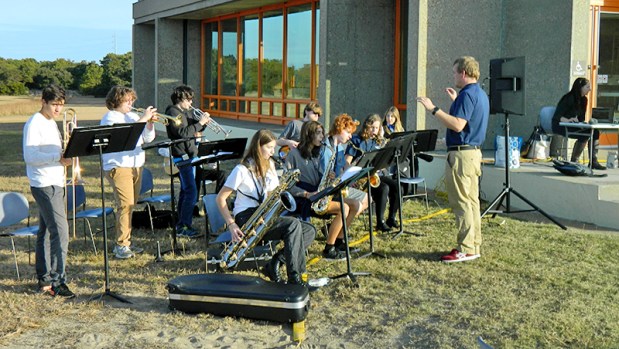 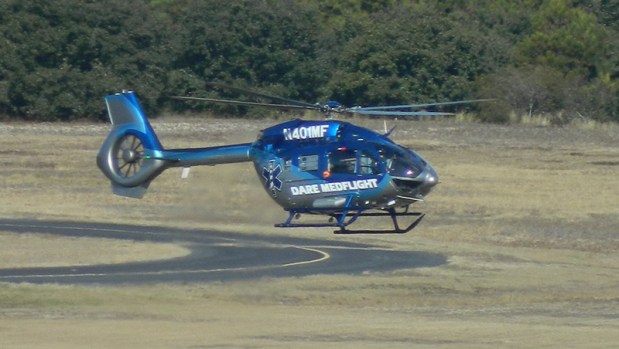 The Dare MedFlight helicopter was on hand for a brief visit during Friday's 118th anniversary of the first heavier-than-air, controlled, powered flight.Philip S. Ruckle Jr. photo 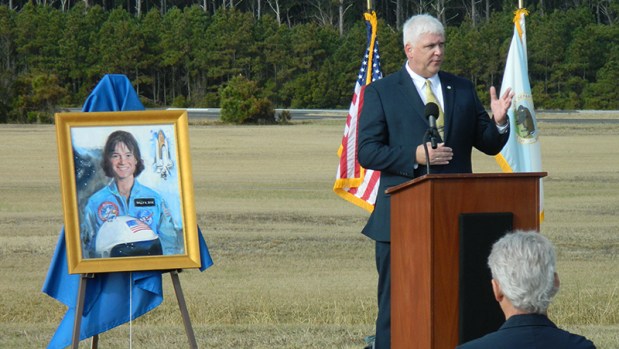 First Flight Society President Michael Fonseca speaks during Friday's 118th anniversary of the Wright Brothers’ first flight after a portrait of Sally K. Ride, the 2021 honoree inducted into the Dr. Paul E. Garber First Flight Shrine, was unveiled. The portrait will be on display in the museum and visitors center at the Wright Brothers National Memorial here in Kill Devil Hills. Philip S. Ruckle Jr. photo

A morning of perfect weather and free admission to the Wright Brothers National Memorial greeted a crowd of visitors last Friday at the 118th anniversary of the first heavier-than-air, controlled, powered flight.

Following a few brief comments from each speaker, Estenoz and Fonseca unveiled a large portrait of Ride. The portrait will be on display inside the Wright Brothers National Memorial Visitors Center Museum in Kill Devil Hills.

Selected from among a number of nominations submitted from around the world, Ride, who died in 2012, was the first American woman in space and served as a mission specialist on 1983 and 1984 missions aboard the space shuttle Challenger. She held a PhD in physics and following her career with NASA, was a professor of physics at the University of California San Diego. The author of five children’s books on science and space, she also founded Sally Ride Science at UC San Diego to increase participation in science and engineering by girls and minority students.

While most of the day was a celebration of those initial flights that changed the world, following the portrait unveiling the focus of the day shifted from the Wrights and Ride to descendants of several local families present that December 17 day in 1903.

Moving from near the visitor center to a large stone marker across the field where the historic first flight took place, Collins provided a little history and brief introduction for each of the five men who witnessed Orville’s first flight as their descendants participated in a wreath-laying ceremony.

According to Collins, Adam Etheridge, John T. Daniels and Will Dough were there from the nearby Kill Devil Hills Lifesaving Station. They helped drag the 605-pound Wright flyer through the sand. W.C. Brinkley, a local businessman, hiked over from a shipwreck he was surveying to watch the scene. Also on hand was Johnny Moore, who skipped school to see if the flyer would finally fly.

Although the Dough family representative could not make it, Paul Jameson, a great-nephew of the Wright Brothers, was on hand to participate in the wreath ceremony.

Although unexpected mechanical failures eliminated most of the scheduled flyover, after repairing a blown tire, the Spirit of Freedom C-54 Candy Bomber made a late appearance and the Dare MedFlight helicopter was on hand for a brief visit. The remainder of the day’s celebration included ranger-led educational programs and a noon luncheon in Kitty Hawk followed by the annual First Flight Society membership meeting.