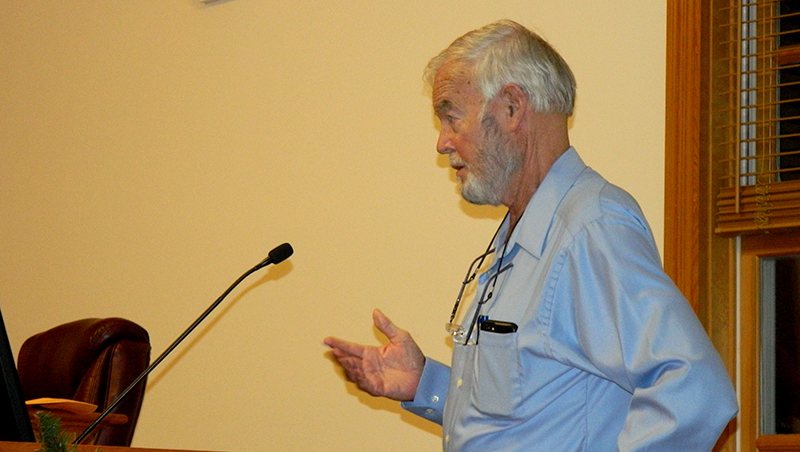 At its final 2021 meeting on December 16 Kitty Hawk Planning Board revisited a zoning amendment proposal, reduced the setback distance for some commercial lots, amended the definition of lot coverage and reviewed a retail commercial development site plan.

Due to member absences an earlier recommendation vote on a proposal to allow multifamily dwellings with a maximum density of 14 dwelling units per acre as a special use in planned commercial developments (PCDs) ended in a 2-2 tie. Town Council sent it back for another look and a recommendation prior to a public hearing set for January 10.

According to planning and inspections director Rob Testerman, PCDs are intended to provide developers with some design flexibility and greater land planning efficiency. Currently, multi-family dwellings are permitted with a maximum density of 10 dwellings per acre in the BC-1 and BC-2 districts.

The requirement with the current request of at least five contiguous acres with not less than 500 feet of total road frontage on US Highway 158 or NC Highway 12 limits the request to three areas: Home Depot and part of the Beachwoods Resort development, the new 7-11 and Promenade Water Sports.

Making comments in favor of the change, real estate agent Eddie Goodrich explained that there would be no change to lot coverage, height requirements or decrease in parking and that the overall intent is to achieve a similar development goal in a different way.

“It’s more like two times 15 is 30 versus three times 10 is 30,” Goodrich offered. “Same number of people, just a different way of doing it,” adding that units per acre really do not really mean a whole lot, this is simply allowing smaller units in the same box.

During discussion on the request, Testerman pointed out that the number of bedrooms and allowable occupants would be governed by the Health Department.

At the end of discussion, the vote to approve failed with only two in favor and three opposed.

The next agenda item was a request to reduce the setback for commercial lots adjacent to any dedicated open space or any recreational area of an adjoining residential development.

Testerman explained that examples of where the change would apply include where commercial lots back up to the Sea Scape golf course and, since it is a recreational area, the playground at Harbour Bay.

In support of the request, Ralph D. Calfee said the number of sites that qualify are rather limited and that in those areas the buffer to adjacent residential uses is actually greater than intended creating an unnecessarily restriction for those commercial site developments.

The motion to approve that request passed with a 5-0 vote of approval.

Also passed with unanimous support was a change to the definition of lot coverage that will allow 500 square feet of pool surface area to be exempted from lot coverage calculations.

Testerman explained that in most instances there is a gap of a few inches between the top of the pool water and adjacent grade of the pool deck which allows swimming pools to act as a catch basin for some rainwater. And, although current code could be interpreted to allow him to rule that pools are exempt, incorporating the wording in town code removes any subjectivity and will provide consistency in the future.

Taking up the final agenda item for the night, a site plan review for a retail commercial development drew comments of concern from a couple of nearby residents.

Proposed plans call for improving a vacant lot at 5201 North Croatan Highway between Ambrose Furniture and Outer Banks Furniture. A two-story 7,500 square foot retail building with a maximum height of 28 feet, both within the allowable height and lot coverage requirements, will have a Byrd Street access. There are no current plans for connecting Byrd Street to US 158 and bollards are proposed to prevent any through traffic.

Although there were comments from local residents that development would cause flooding to their properties, during discussions it was pointed out that the property to be developed does not flood them and in fact collects some of the excess water from further up the street flowing onto that property.

Michael W. Strader Jr., director of engineering with Quible and Associates in Kitty Hawk, said he was aware of flooding concerns related to developing the property. He went on to say that the property is a bowl, but that there would not be any runoff to other properties and that some of the landscaping and engineering to the property would actually exceed state requirements for stormwater retention.

As the discussion came to a close, it was pointed out that proposed development plans meet all applicable guidelines and a motion to approve the site plan was given a 5-0 vote of support.

Each of the evening’s agenda items will be reviewed by Town Council, which is not bound by Planning Board votes.