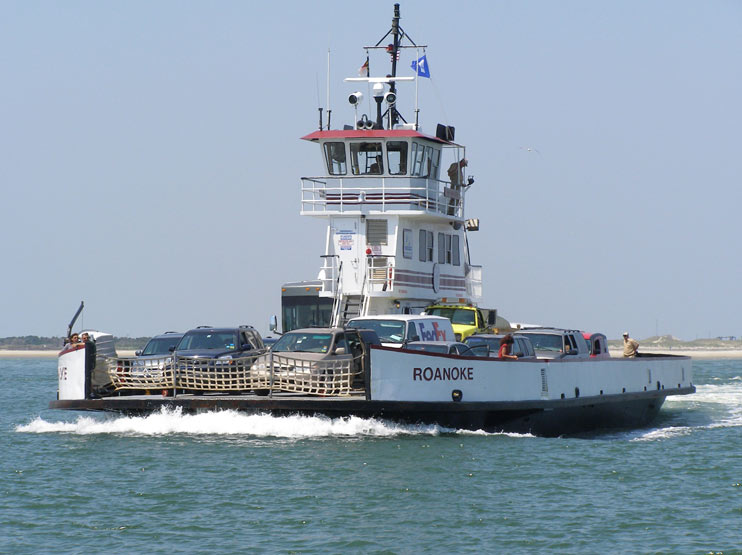 Gusts on Hatteras Island reached 40 miles per hour in Frisco and 39 in Rodanthe. At the Dare County Regional Airport on Roanoke Island, the top wind gust was 30 miles per hour at 8:35 a.m. and again close to 5 p.m.

Frisco recorded over an inch of rain on Monday; Manteo saw 1.23 inches; and Rodanthe, slightly over nine-tenths of an inch.

NCDOT crews scrapped sand off NC 12 in the refuge and stayed through the day to maintain safe passage.

Around 10:30 p.m. Monday night, the maintenance crews were called out again. The ocean’s assault on the dune line at the S-turns north of Rodanthe was successful and ocean water hit the road surface. Traffic continued to flow while crews worked to plug the breach. NCDOT workers returned Tuesday morning to fill a few holes in the dune.

The Rodanthe Bridge will bypass the troubled S-turns. On Tuesday, paving of the north approach roadway was underway. The job is expected to take two to 3 days.

On the bridge surface, an expansion joint, one of 26, is giving some trouble. After roadway surface was smoothed, a piece of the joint extended above the road surface. The joint has been jackhammered out of the road. A new expansion joint is being manufactured. Delivery and installation is two weeks out. Expect the new Rodanthe Bridge to be opened sometime in May.

On Monday, ferry service on the Hatteras Ocracoke route was suspended due to high winds and shoaling in the ferry channel. The Swan Quarter and Cedar Island ferries operated but were suspended Monday afternoon. On Tuesday, the Hatteras-Ocracoke route restarted with an 11:30 a.m. departure from Hatteras and a 1 p.m. departure from Ocracoke. The two long-distance ferry routes were operating.

The U.S. Army Corps of Engineers side caster dredge the Merritt is now assigned to work on Sloop Channel to secure passage for the ferries.

Dredging efforts have begun in Sloop Channel, will eventually…