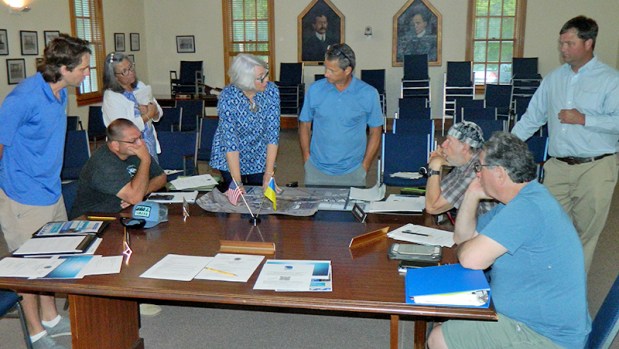 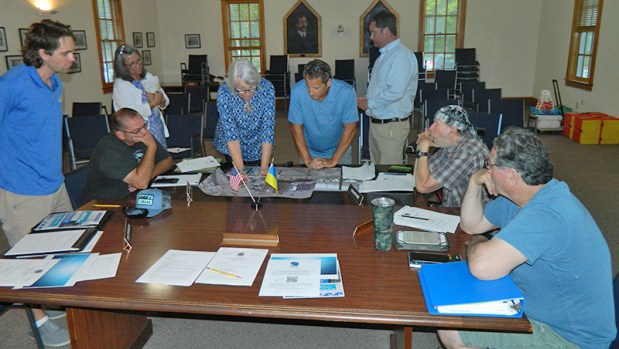 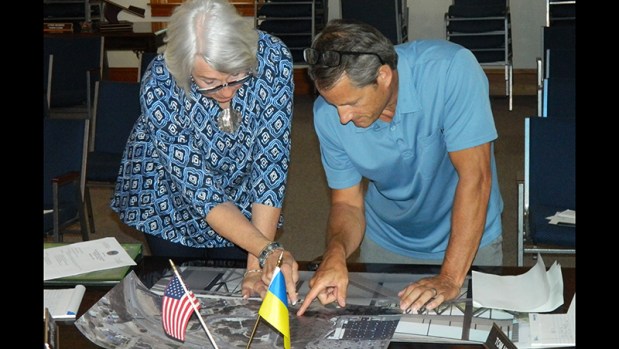 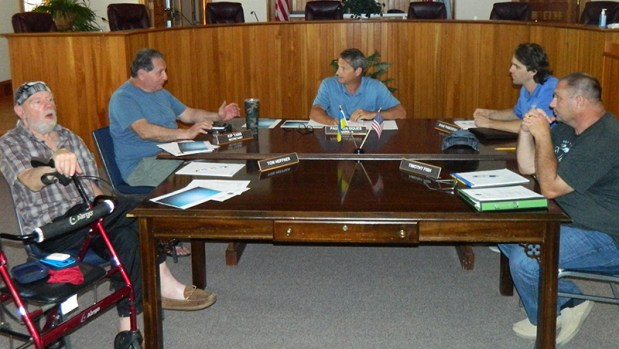 According to Recreation Committee Chair Paul Henriques, with the July 2021 completion of a 1.8 mile trail between Kitty Hawk Park and Birch Lane, the next logical step is to make sure that it is maintained. Considered mostly marsh acreage, there are several high ground ridges that are excellent hiking and biking areas.

“We want to make sure it is safe,” explained Henriques, “as well as promote its use.”

Henriques said most likely the trail would need little more than raking once or twice a year, but that a number of short tree stubs are a major concern. Not only to bicyclists traversing the trail, but walkers could easily get tripped up by some of them.

Henriques then explained that although a crew of volunteers are available for a majority of the work, Public Works director William “Willie” Midgett has been clearing anything deemed to be or that has a potential to be dangerous. However, any maintenance must follow North Carolina Coastal Reserve guidelines.

Although the Town of Kitty Hawk owns just over 460 vacant acres of the 1,890 that encompass Kitty Hawk Woods, Erik Alnes with the North Carolina Coastal Reserve manages it. NC Coastal Reserve also oversees nine other sites in the state. A purpose of the reserve is to serve as an outdoor laboratory where scientists, students and the public can learn about processes, functions and influences that shape and sustain the coastal area. While traditional recreational uses are allowed, one major restriction for the area is that no plant or wildlife be removed or disturbed.

“It’s important to remember,” committee member Kip Tabb commented, “that Kitty Hawk Woods is not a state park, but instead is a maritime forest.”

While maintenance of the new trail is a topic worth pursuing, Henriques went on to add that he is still interested in having a return loop a little west of the existing Birch Lane trail. With the existing trail connected to Kitty Hawk Park at 900 West Kitty Hawk Road, a second trail could lead to Sandy Run Park at 4343 The Woods Road.

“It would be a trail only,” he continued. “No bridge, just another trail which could add another two miles and a second way to walk back. And Erik seems open to the idea.”

Henriques went on to say that much like the first trail, if approved, a team of about 10 volunteers would undertake the task of creating a second trail.

Also on hand Tuesday was Kitty Hawk councilwoman Charlotte Walker with information about another project of interest.

According to Walker, a group of investors are interested in establishing a Wright Brothers Tribute Museum and Observatory. The structure – with more than 30,000 square feet – would house the world’s largest display of up to 12 historically accurate Wright Brothers aircraft; an aircraft building workshop; an observatory containing a 700mm 28-inch telescope and Baader Planetarium 20-foot rotating dome; an outdoor performance area; science, technology, engineering and math training classrooms; a multi-purpose theater and library, along with a café and gift shop.

The museum facility will also have an emergency communications office with some of the latest communications gear and radios for emergency use if needed during hurricanes, floods or other natural disasters.

The project is to be privately financed and could be built on the 10 acre state-owned land where the Glenn Eure Monument to a Century of Flight sits. A new Outer Banks Visitors Center would be included, replacing the current Aycock Brown Visitor Center.

Walker stressed that Wright Tribute Museum organizers say the museum will not be a competitor to the Wright Brothers National Memorial or anything else the National Park Service has.

Walker went on to say that North Carolina owns the Welcome Center property and that talks are underway to see if there could be a long term lease between the state and the Town of Kitty Hawk to allow the project to be built there.

Town manager Andy Stewart added that while still in the early stages of planning, the intent is for Kitty Hawk to lease the site and be in charge of its administration.

Kitty Hawk Town Council passed a resolution in support of the project at its March 7 meeting.

Other discussion topics for the evening included the need for additional portable toilets at beach accesses and that additional Ridge Road area parking would be helpful for trail users in that area. There was also an agreement that there should be a Heritage Day with continued discussion at a future meeting.

Serving as an advisor to Town Council on recreation-related matters within the town, the Recreation Committee is composed of five members appointed by Town Council. The next regular committee meeting date is July 26 at Town Hall, located at 101 Veterans Memorial Drive.