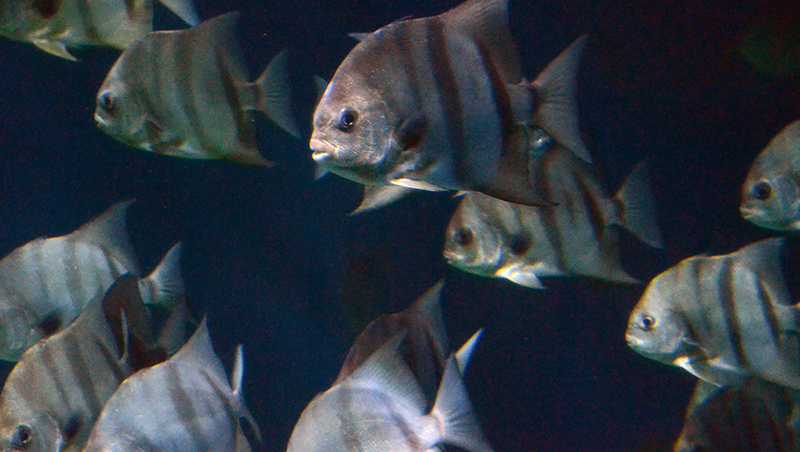 Twenty-four members of the Aquarium Conservation Partnership (ACP) announced in April their first step in achieving their long-term goal of climate neutrality. Together, these institutions, including the North Carolina Aquariums – Fort Fisher, Pine Knoll Shores and Roanoke Island along with Jennette’s Pier – will work to leverage their leadership in conservation, science, communication and education to realize climate solutions.

As part of the pledge, the aquariums are committing to the following actions:

“The NC Aquariums have completed step one and are now focusing our efforts on steps two and three. We are working with the Verdis group to develop an emissions reduction plan. We gathered information earlier this year from our Aquarium teams through a sustainability survey; these data and our initial greenhouse gas inventory will be instrumental in developing our emissions reduction plan,” said Maylon White, division director, North Carolina Aquariums.

“Climate change is the greatest threat to the future of our planet, our ocean and freshwater systems, and people,” stated a press release from North Carolina Aquariums. “For decades, the global ocean has been taking the heat for climate change, absorbing more than 90% of the excess heat and nearly a third of the carbon dioxide generated by greenhouse gas emissions. The result is an ocean that is warmer, more acidic, starved of oxygen, and less habitable for fish and marine wildlife. The time for taking action is now. According to the most recent Intergovernmental Panel on Climate Change report, while the rate of emissions growth has slowed, in 2010-2019, average annual global greenhouse gas emissions were at their highest levels in human history. Without immediate and deep emissions reductions across all sectors, limiting global warming to 1.5°C is beyond reach.”

“As leaders in conservation, aquariums are expected to walk their talk, and that’s exactly what this partnership is meant to do,” said aquarium conservation partnership executive director Kim McIntyre. “We are uniquely qualified to set an example for others – in reducing our carbon footprint, encouraging sustainable operating practices, and inspiring hope in a public that is hungry to be part of the solution.”

Annually, the 24 ACP aquariums welcome more than 30 million visitors and contribute more than $22.5 billion to the U.S. economy. These facilities run more than 200 unique research conservation programs to understand the natural world and help develop solutions to environmental challenges, including climate change. The aquariums’ ongoing commitment to expanding sustainable practices has already collectively eliminated more than one million single-use plastic bottles from landfills since 2018.

“Participating in this climate commitment places the North Carolina Aquariums among the growing number of businesses and organizations demonstrating both an understanding of the climate crisis and a desire to be a part of the solution,” stated the release.