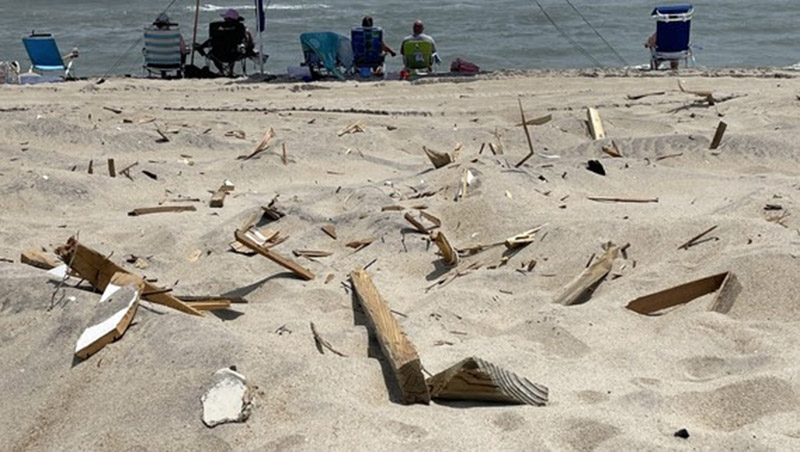 Due to the potential for injury from both sand-covered and fully exposed home debris associated with the two homes that collapsed on May 10, 2022, Cape Hatteras National Seashore issued a news release encouraging visitors to wear hard soled footwear on the beach between Rodanthe and Salvo.

Sharp debris may also be found in areas south of Salvo.

“While much of the large debris has been removed by a variety of beach cleanup efforts, miles of small pieces of debris remains on and under the surface of the beach,” stated the release.

“The Seashore is aware of the presence of wood with exposed nails, splintered wooden fragments and other debris that could be harmful to beachgoers without hard soled footwear.” 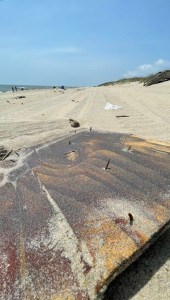