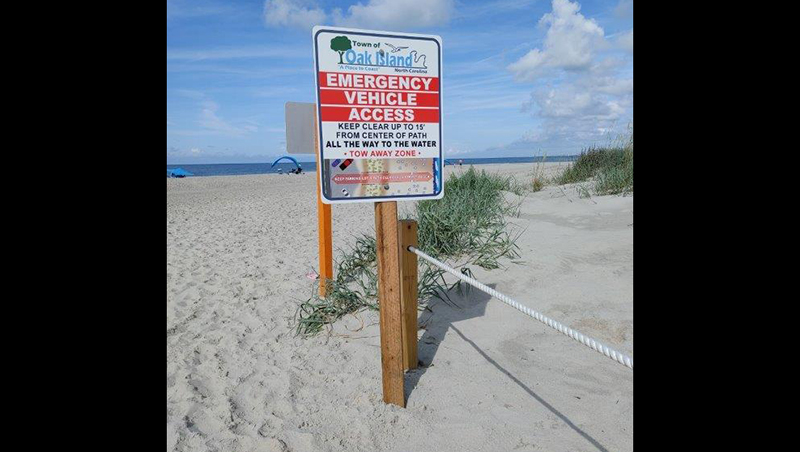 A North Carolina coastal town has acted to help rescue workers gain easier access to the beach, a move that addresses a potential issue in reaching the shore in an emergency.

Officials in Oak Island say the town has 65 public beach access locations, but only 22 provide access for emergency vehicles. In response, the town has launched a campaign called “Keep it Free, From Street To Sea.”

Before the July 4 holiday weekend, the town installed new signage at the emergency access locations to remind beachgoers to keep emergency paths free of cars from the street to the shoreline.

In addition, public works employees have restructured the parking lots for many of the emergency access locations, developing a new parking layout which features parallel parking on one side, as opposed to the previous diagonal slant on both sides, according to the city. The new arrangement helps prevent the back ends of two longer vehicles from creating a point that restricts vehicle access, the town said.

Officials said blocked access has not been a factor in any recent incidents, but first responders have expressed concerns about potential problems based on past responses.