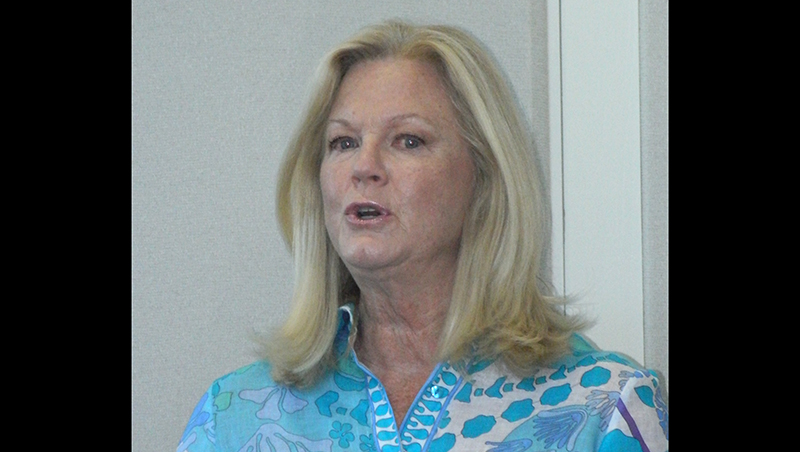 The only public comment at the Thursday, June 30 Dare County Tourism Board meeting was from a local resident supporting continued Event Site development.

“I’m excited about what I’m reading about your plans for Nags head and just want to give a plus for including indoor tennis courts,” said Sudbrink. “Right now, if you live in Manteo you have to go all the way up to Corolla or Pine Island to play. I think it would be a great asset to the area. It would also be great for schools who have tennis teams.”

Sudbrink said also that the tennis community here is about three times the size of the pickleball community.

Recent data from the Physical Activity Council appears to support that estimate. A report produced for the Council by Sports Marketing Surveys says 2020 tennis participation in the U.S. had 21.64 million people hitting the courts while a 2022 Sports and Fitness Industry Association Single Sport Report on pickleball says in 2021 there were an estimated 4.8 million players in the U.S.

Sudbrink went on to say she recognizes that groups are always looking for meeting space and she applauds the board’s efforts to meet that need.

Among the regular business items for the day was a report from treasurer Ervin Bateman that current expenses are within the budgeted amounts. Highlights of his report include:

● Calendar year receipts show April occupancy was up $202,470.81 for a 14 percent increase and prepared meals up $102,138.18 for a 9.7 percent improvement over the prior year. That gives calendar year total receipts a 15.8 percent over prior year actual.

● April numbers for gross meals sales reported show the $29,762,315 collected was higher by 14 percent compared to April 2021 and is up 12.3 percent year to date. Although Roanoke Island was down 4.7 percent, the northern beaches and Hatteras Island did show increases.

Visitor numbers reported show some areas with lower numbers while others posting increases. It was noted that the passenger ferry is now operational and that higher gas/fuel prices are translating into canceled bus tours. Tourism sales and events manager Lorrie Love pointed out that in addition to lower visitor numbers financial loss to the Outer Banks was an average of between $9,000 to $11,000 for each motor coach.

Also discussed was a possible grant to install electric vehicle charging stations at the Manteo visitors center. Leo Holland reminded everyone that Southern Shores has a station.

Holland said also that there were no plans to block off Southern Shores roads since every attempt to control traffic brought a new set of complaints. He noted also that traffic remaining on NC 12 appeared to keep moving, while traffic taking back roads was often at a standstill.

Supporting the belief that there is plenty of Outer Banks traffic, Mike Siers advised that a 32-day eastbound traffic count on US 158 in Nags Head showed there were 1.3 million vehicles moving at an averaged 54 mph.

The next Dare Tourism Board meeting is scheduled for 9 a.m. on August 18.