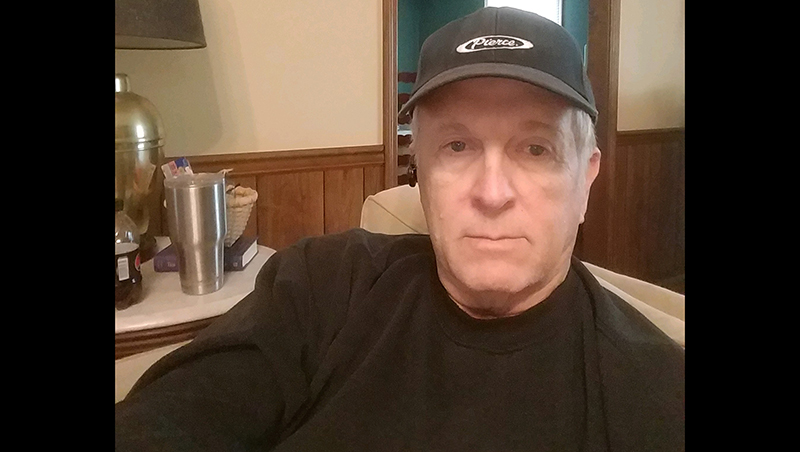 Longtime Currituck commissioner Owen Etheridge said he is “absolutely” planning on fulfilling his next term, despite a series of health issues that have plagued him after he slipped and fell in March.

His fall resulted in two hematomas – or a collection of blood – outside the brain, followed by a subarachnoid bleed, or bleeding on the surface of his brain. His wife Rene Etheridge reported at the July 18 commissioners that he was recovering well until he had an allergic reaction to his medication, resulting in water weight gain of 50 pounds.

“I spent two weeks getting the fluid off of me,” he said in a phone interview with The Coastland Times on July 27.

After stabilizing from the fluid retention, Etheridge contracted COVID-19.

Blood pressure issues resulted in two more falls, bruising his ribs and sending him back to the hospital for another four-day stay. Rene Etheridge said her husband’s recovery was off to a slow start, but he is doing well.

“I have a little bit of brain fog, which is natural for a severe brain concussion. But I’m feeling good,” he said, adding that his physical therapist has laid out a four-week plan for his recovery.

Etheridge said he plans on getting back to the commissioner swing of things this coming week, though he’s been keeping up with work via email.

Etheridge was first elected to the Currituck Board of Commissioners in 1994. Aside from a two year sabbatical, he has served the board continuously since then, and was reelected for another term in the May elections after his current term expires in December 2022.

In response to social media rumors that his health issues would prevent him from fulfilling his next term, Etheridge confirmed his plans to continue on the board.

“I wouldn’t do it if I didn’t think I could make a difference,” he said, commenting that he brings institutional knowledge to the board, able to explain why certain ordinances were passed years ago and the rationale behind them. “Some board members look at me and say, ‘Why did you all do this?’ And then I explain and it makes sense.”

He’s optimistic about a return to full duties in the next several weeks. “I’ve missed more meetings this year than in the last 20 years combined,” he said.

“Anybody that knows Owen at all knows that he is completely and totally dedicated to this county . . . he’s always thinking about Currituck,” Rene Etheridge said.