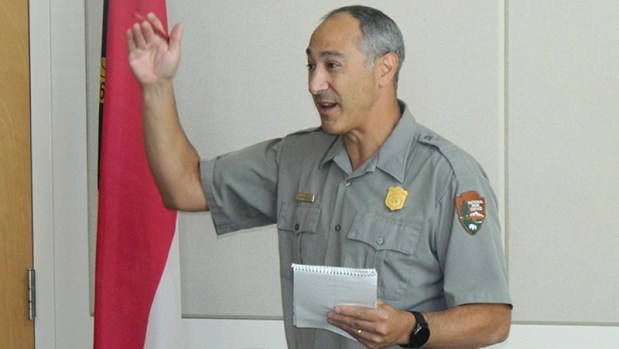 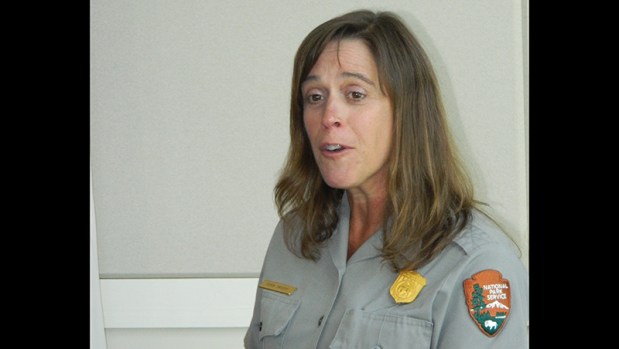 With only a little discussion on the subject, the board gave unanimous approval to updating its guidelines for long term unappropriated fund grants by adding contract price increases as one of the items that will not be considered as a reason for an application.

According to executive director Lee Nettles, the change came in response to a previous grant request.

“We looked at the grant language and tried to tighten things up and stay closer to the intent that the board had,” Nettles explained.

The long term unappropriated fund grant was established to provide Dare County governmental units and non-profit organizations with a source of financial assistance for programs or services needed due to the impact of tourism on the county. Other items already listed as ineligible include real property purchases, some professional services, routine repairs, maintenance and administrative expenses in addition to any local, state or federal taxes.

Board members gave unanimous approval for a $7,605 classification and pay study of all full time permanent Outer Banks Visitors Bureau positions by The Management and Personnel Services Group out of Durham County, North Carolina.

The study is expected to include work and salary classifications, new or updated job descriptions and an equitable and competitive compensation plan.

Following the end to North Carolina’s State of Emergency August 15, legal counsel to the board Jay Wheless advised board members that authority for remote meetings ended as well. He explained that although there are no restrictions on it, except during emergency declarations there is no specific legal authority to meet other than in person.

Wheless went on to explain that while North Carolina law requires elected boards to have in-person meetings, the law is not so clear for appointed boards like the Dare County Tourism Board.

The board took no immediate action but may visit the issue again at some future date.

Other business for the day included hearing a public comment from Southern Shores resident George Berry, who encouraged board members to think big and consider working with Kitty Hawk to build a convention center. Berry said the Outer Banks needed a convention center to draw people here and he considered the Kitty Hawk visitors center property now owned by the Tourism Board and the Pasquotank property the Town of Kitty Hawk is purchasing together as a larger, higher and much better location that the Nags Head event site.

Providing a few visitor statistics, Hallac said generally speaking even with almost 4 million visitors each year, almost all Park Service visitor numbers are down about 10 percent from last year.

“Although 10 percent down may sound like a lot,” Hallac explained, “we’re still in the top two years that we’ve had in the past decade. So it’s still very, very busy. But certainly different from what we saw last year, which was a record breaking year for us.”

Hallac went on to say that while camping numbers are down by about 10 percent, those numbers are 100 percent higher than from a few years ago.

“So camping is popular,” he added, “not only here but at a lot of other state and federal camping sites.

Offering details for a few other Park Service updates, Hallac said a No Wake Zone is about to be implemented at Motts Creek near Oregon Inlet, which will require vessels to travel at slow idling speeds to avoid any appreciable wake.

Plans are also nearing completion for the rehabilitation of the Cape Hatteras Lighthouse.

The project may also include a brand new replica Fresnel lens, which is made up of hundreds of pieces of specially cut glass around a lamp bulb. The design enables light that would normally scatter to instead be focused into a single, intense beam of light which shines out in a specific direction. In this case it sends the light over the Diamond Shoals area and out to sea so that mariners can see that.

“It’s going to be a great project,” Hallac continued, “and we are hoping to kick off construction sometime in early 2023. That means the lighthouse will continue to be closed for some time, which I know is disappointing to the public, but this is an important step toward preserving this important lighthouse.”

Buxton is not the only lighthouse receiving limelight attention.

To the north October 1 will mark the 150th anniversary for the Bodie Island Lighthouse and farther south, the Ocracoke Light Station – the oldest lighthouse still in operation in North Carolina – will see a 200th anniversary.

Hallac said Snyder comes to the Outer Banks after serving as superintendent of Appomattox Court House National Historical Park and Booker T. Washington National Monument. She has also served in a variety of other roles at different parks during her 27-year career with the National Park Service.

It’s not her first time to the Outer Banks, though. Snyder has served as acting deputy superintendent and has vacationed here as well.

“It is an honor and pleasure to be here,” she commented. “Like everyone else I have come here on vacation in the summer, usually down in Avon, but I’ve spent time in Southern Shores and Duck and this is one of my favorite places. I look forward to getting to know you and working with you.”

Snyder then added that as superintendent of two small parks back in central Virginia, she helped start a grassroots tourism organization with a small group of people to promote that region.

“I share that with you to let you know that I know the work you do is very critical,” she added. “So to be able to come here and work with Dave, and work with community partners like you is exciting for me. I look forward to showing up and sitting in on some of your meetings and joining you in your efforts to promote this area.”

It was also announced that a North Carolina report on money spent on tourism places Dare County Tourism Board in fourth place behind Mecklenburg County’s $4.1 million.

Nettles explained that although fourth in the amount spent, in terms of tax savings provided to residents, Dare County ranks first in the state.

According to Nettles, by virtue of the tax revenue visitors generated, close to $3,930 per Dare County resident is collected so that each permanent county resident does not have to come up with that money.

Also on the subject of money, treasurer Ervin Bateman gave a budget and finance report indicating that all fund expenses are within the budgeted amounts for the first month of the fiscal year with some expenses paid in full for the year. Report highlights include:
● Calendar year receipts show the $89,804.20 June occupancy was up 7 percent and prepared meals of $1,595.23 flat from the prior year.
● The $1,124,044 in retail collections for May was up 14.17  percent for the month.
● Gross occupancy sales reported for June 2022 are 7 percent higher than June 2021 making year to date gross occupancy 5 percent higher than the prior year.
● Property management occupancy for northern beaches, Hatteras Island and Roanoke Island reported occupancy increases of 11 percent. All other classes reported decreases with hotel/motel down 7 percent.
● Gross meals sales reported for June 2022 were up 1.2 percent compared to June 2021 and is up 5.3 percent year to date. Hatteras Island was down 3 percent, Northern Beaches and Roanoke Island were up 2 percent.

At the close of Thursday’s meeting, the board agreed for the September 15 meeting to be at 9 a.m. in Buxton with the exact location yet to be determined.