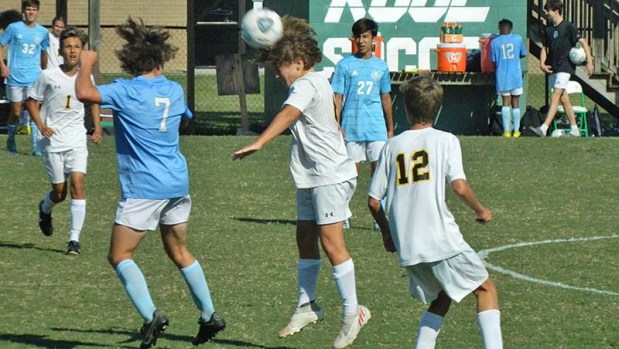 Eli Jones heads the ball during a 3-1 JV soccer match win over J.H. Rose. Jones accounted for one of the team's three second half goals. Philip S. Ruckle Jr. photo 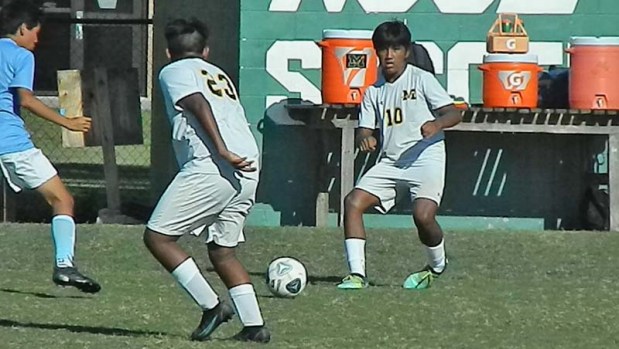 The Manteo High School JV soccer team came from behind in the second half of an August 31 match against J.H. Rose to defeat the Rampants 3-1 in a non-conference game at Greenville.

Rose scored first about two thirds into the first half on a free kick and held the one-point lead well into the second half.

With just under 12 minutes left to play, Manteo’s Alex Haley was able to penetrate the home team’s defense and put the Redskins on the scoreboard. About two minutes later, Eli Jones added another Redskins goal off a free kick rebound to put Manteo up by one. Just two minutes after that, Haley scored his second goal of the day and the Redskins held on for the 3-1 win.

It was Manteo’s first away game of the season for the JV team. The Redskins are now 3-0 this season with earlier home field wins against Columbia (9-0) and J.H. Rose (7-1).