The benefits of backyard chickens 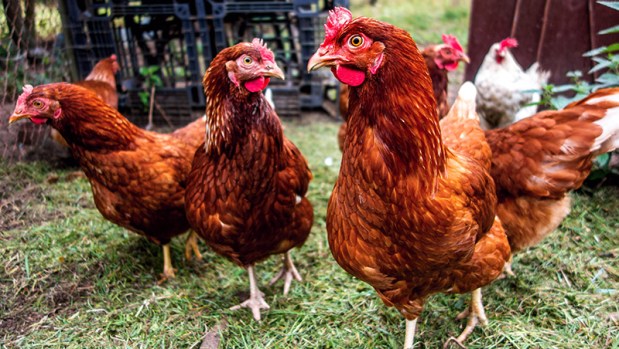 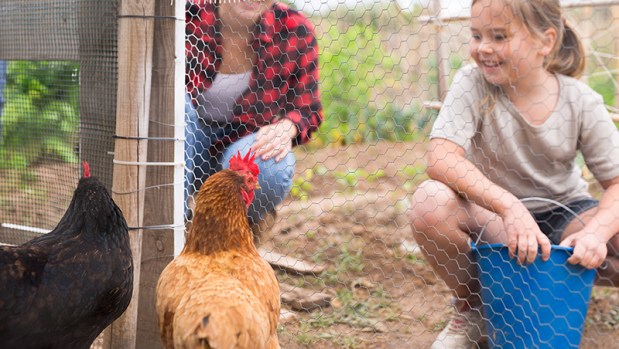 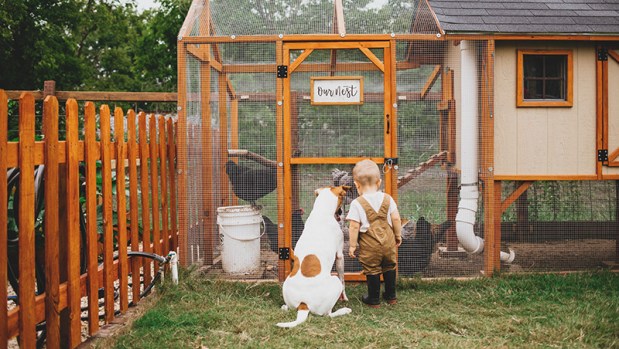 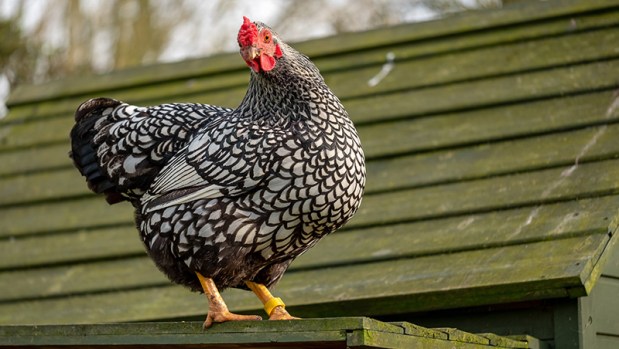 Chickens may not traditionally be at the top of the list for selecting a family pet, but there are several benefits to having them.

More than just backyard roamers marking time until they become a dinner plate item, it may be surprising for some people to learn that chickens are relatively inexpensive to purchase and own. In addition, they can be quite social, follow you around, some will even sit in your lap and some have been known to come when they hear their name.

One local owner, Beth Walker on Roanoke Island, has owned chickens for about five or six years and recommends anyone considering having chickens to start with a lot of research.

Walker says she was intrigued while watching some homestead YouTube videos and decided to give it a try.

“Talk with people to see what has and has not worked for them,” advises Walker. “They don’t really need a lot. They need a safe area where predators cannot get to them, clean water and feed and a place to roost are the main concerns. They really are not as delicate as some people seem to think they are.”

Walker says it’s not unusual to allow hens to run free, as she did in the early days of ownership, until something came in and got them.

“That was a lesson learned,” she added. “You need to actually lock them up at night. We’ve had aerial attacks, foxes and raccoons get to them. There are many different style coops available. An old shed will work and you can free range them in your yard as long as they have a secure place to go at night.”

“Begin with two to four as a start,” she explains. “After a while they get to be like puppies. They know you are coming with food and some get rather social and follow you around the yard.”

They are more than just backyard pets.

“Ownership has a benefit,” she continues. “You get fresh eggs, and others can be raised for meat. They also help with bugs in the yard as well as vermin control. We had rats for the first time this year and the chickens took care of it themselves. They are win-win in my opinion.”

Although the Walkers don’t barter, there are some families that produce enough eggs or have enough meat to trade items with others. Farmer’s markets are a great information resource for anyone considering this option.

Most information sites say chickens require as little as 10 minutes of care a day, plus some semi-annual chores that take a little longer.

As for the different color egg shells, there are no real significant nutritional differences between the different egg colors. An egg’s nutritional value is determined primarily by what the chicken eats. So most backyard chickens produce healthy eggs regardless of their color.

Currently, Kill Devil Hills allows three to six chicken hens only, no roosters, with a $25 permit on the west side of US 158.

Manteo also allows up to six female chickens within municipal limits upon issuance of a valid permit.

Kitty Hawk does not specifically authorize chickens, but nor are they prohibited. A few are known to be in town without complaints.

Duck, Southern Shores and Nags Head do not have any provisions for having chickens.