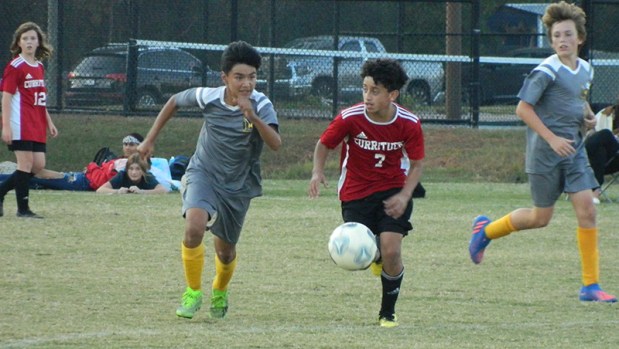 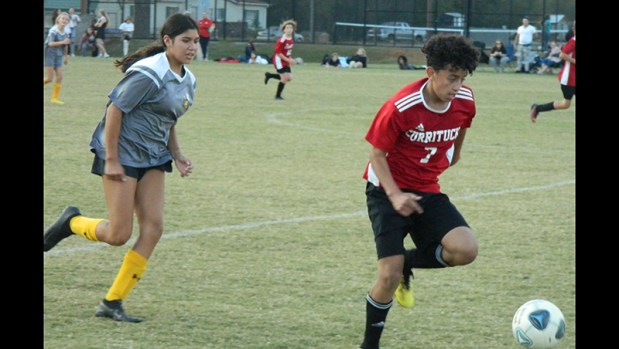 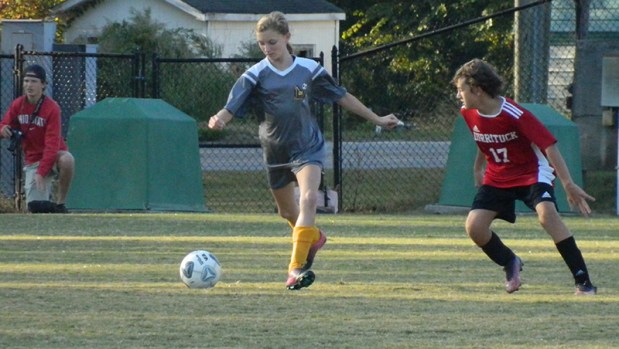 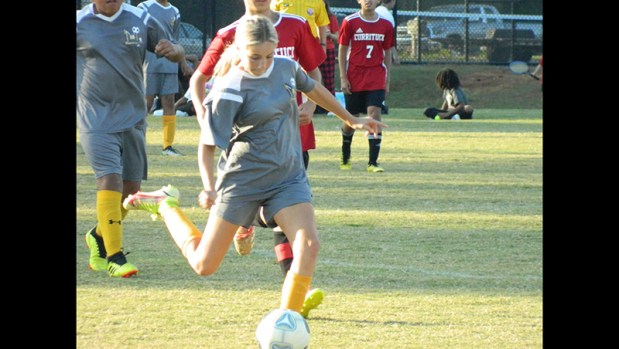 Two goals and a penalty kick helped lift Currituck to a 3-0 win over Manteo in Monday’s middle school soccer game at Barco.

In a game played at both ends of the field, Currituck was able penetrate Manteo’s defense and score goals in each of the two 30-minute periods. A penalty kick halfway into the second half gave the home team a 3-0 lead that held through the rest of the game.

“It hurts to lose but it has been a good season and there have been several highlights worth remembering,” said Manteo coach Brian Wehner following the game.

“I’m proud of this team,” Wehner added. “They played to the best of their abilities.”

Wehner went on to say while he has a young team, the main thing about middle school is to learn the basic skills that will get players ready to play at the high school level.

Pleased with the outcome, Currituck coach Michael Meadows commended his team for playing well and said the team was looking forward to Thursday’s game with First Flight.