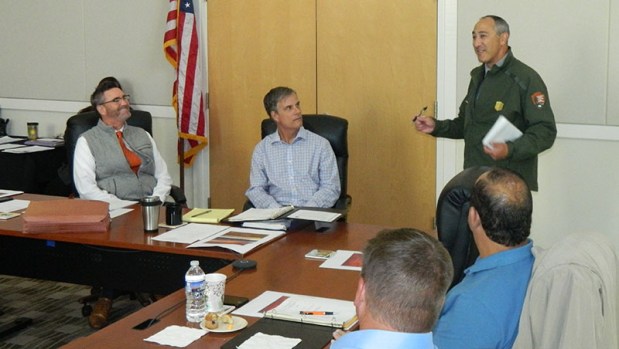 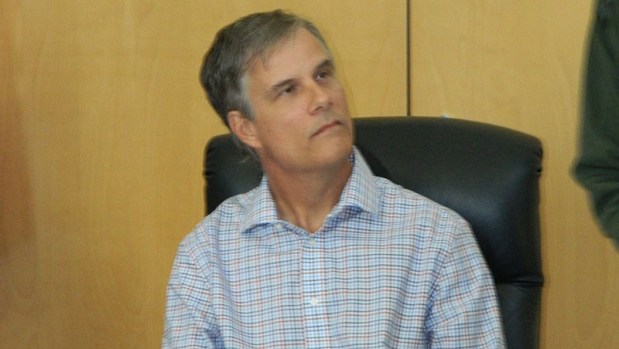 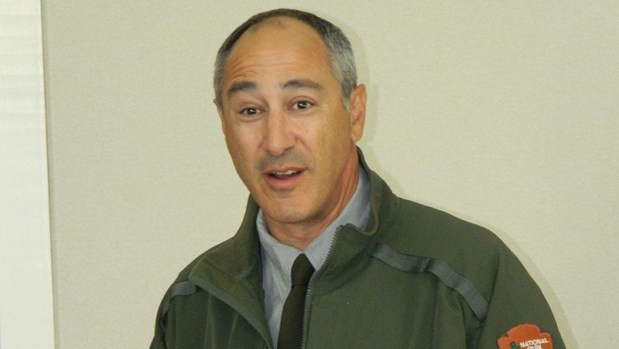 In the absence of Dare County Tourism Board Chair Tim Cafferty and Vice Chair Monica Thibodeau, legal counsel to the board W. Jay Wheless led the Thursday, October 20, regular meeting in which board members voted to declare the former Pamlico Jack’s Soundfront Restaurant building and all its contents at 6708 South Croatan Highway in Nags Head to be surplus property.

According to Dare County Tourism executive director Lee Nettles, although there have been discussions in the past on using and renting the building for special events, in reality that is not likely to happen. Nettles went on to say repairs are needed to restore the structure to a safe and usable condition for any public use and that current town code restrictions limit any future use.

While not discussed with any details, it was also mentioned that current event center plans to develop the area call for demolishing the building and leveling the site for use as a grassy overflow parking area.

The board vote, authorized under N.C. General Statute 160A-266, permits the sale of property at public auction by an auction company. Nettles said he has been in touch with a professional auction company that can handle sales of the kitchen equipment, lighting and plumbing fixtures for a 35 percent fee.

The board did not set a specific date for the sale other than to specify that it would take place at least 10 days after a notice of the sale is published.

Among the other agenda items for the Thursday meeting were two grant extension requests.

The first, from the Town of Duck, was for a tourism impact grant to help with construction of the fourth and final phase of pedestrian improvements in Duck village. According to the request, a major portion of project funding will come from a FEMA Building Resilient Infrastructure and Communities program grant. Although the town has been informed that it has been approved for the grant, there is still a final project review by federal agencies.

Construction work originally scheduled to take place in the coming fall and winter months has been delayed, making it infeasible to take place in this year’s construction cycle. Since lane closures for N.C. Highway 12 needed during the project could impact more than 80,000 residents and visitors during summer months, Duck officials requested a one year extension.

The second extension request was from the Coastal Federation for a living shoreline stabilization project at Jockey’s Ridge State Park. Although permit application documents were completed on schedule, a delivery delay required a second set of application documents to be sent for review by the N.C. Division of Coastal Management. According to the written request, the permitting delay seriously impacted the project timeline.

After a brief review of details, the board approved both requests and set new completion dates of June 30, 2023.

Other business for the day included approving $908,595 in annual tourism grant awards.
– $200,000 to Dare County to construct a five-foot wide pathway from Piney Ridge Road in Frisco to Buxton Back Road opposite the secondary school.
– $78,000 to Town of Duck for an eight-foot wide concrete bicycle/pedestrian pathway along the east side of Highway 12 from the Ocean Crest neighborhood to the existing pathway at E. Charles Jenkins Lane.
– $177,000 to Town of Kill Devil Hills to construct a five-foot wide sidewalk linking existing sidewalk segments along the west side of Highway 158 from Colington Road to West Landing Drive.
– $112,000 to Town of Nags Head to construct a permanent two stall universally accessible restroom close to the ADA parking area at Whalebone Park.
– $34,595 to Outer Banks Forever to rebuild the signal tower at the Weather Bureau Station in Hatteras to serve as an educational and historical attraction at the Weather Bureau.
– $132,000 to Outer Banks Forever to construct a paved path from the lighthouse entrance on Highway 12 following Lighthouse Road to the parking lot at the Old Lighthouse Beach, then continue to the lighthouse following the actual path the lighthouse took when it was moved to its current position.
– $150,000 to Town of Southern Shores to construct a five-foot wide concrete walking path from Ocean Boulevard along the east side of Highway 12 to the existing walking path at East Dogwood Trail.
– $25,000 to Southern Shores Civic Association to construct a handicapped access ramp from the walkover at 96-A Ocean Boulevard down to the beach for easier accessibility to the oceanfront.

During public comments, National Parks of Eastern North Carolina Superintendent Dave Hallac advised that visitation numbers to Cape Hatteras National Seashore are still high with year-to-date numbers at the second highest in the past decade. Hallac went on to say that camping numbers are also high and while it will be a significant investment, plans are in place to upgrade several campsites.

Hallac added also that the 150 year anniversary celebration of the Bodie Island Lighthouse lighting that was rescheduled due to Hurricane Ian has been set for November 12. Then, on November 13, the U.S. Capitol Christmas tree, which was selected at a National Park in the western part of the state, will make an appearance n Dare County.

At the end of business, board members set their next meeting date and time to be 9 a.m. on November 17 in the Fessenden Center, located at 46830 Highway 12 in Buxton.