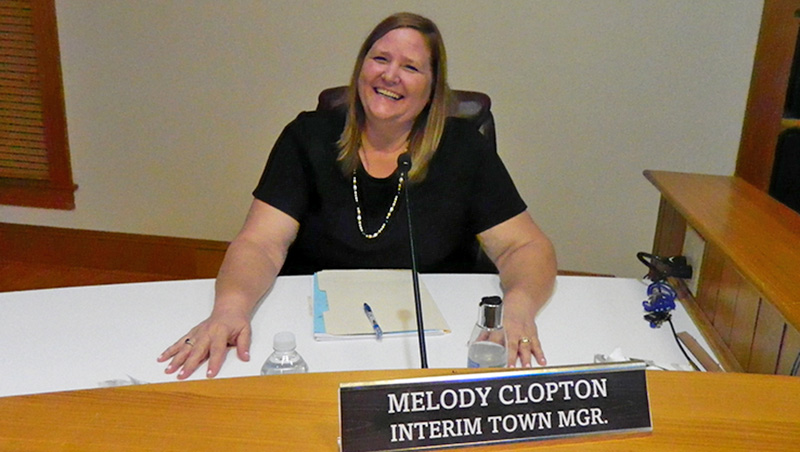 The Monday evening Kitty Hawk Town Council meeting was both earlier than normal and was a brief 38 minutes.

Starting at 5 p.m. to allow officials time to prepare the meeting room for Tuesday’s election, the evening’s agenda opened with an OBX Jeep Charities $3,500 donation to Ocean Rescue and $500 to the Fire and Police departments. In an unrelated presentation, Theresa Osborne with the Dowdy and Osborne certified public accounting firm gave an independent auditors report that during the past year Kitty Hawk had increased its net position by $566,783 and is in good financial standing.

Council actions for the night included approval of a consent agenda that included October 3 council meeting minutes, financial statements as of September 30 showing year-to-date revenues of $3,599,638 and expenses of $4,117,266, acceptance of a LSI Marine Construction bid of $6.30 per linear foot to remove debris from several designated town canals and ditches with the project funded by a Streamflow Rehabilitation Assistance Program grant, and a proclamation expressing appreciation and support for the Dare County Board of Elections, Dare County Elections department staff members, poll workers and precinct workers by declaring November 7, 2022 as “Election Hero Day.”

With little discussion, council also voted to deny a request to raise the maximum building height in a planned commercial district from 35 feet to 45 feet.

Following a review of details by director of planning and inspections Rob Testerman, applicant Eddie Goodrich said knowing height limits are controversial and sacred throughout Dare County that he almost pulled the request from the evening’s agenda. He then added that he was confident council would give the issue a great deal of thought before making a decision. In making a motion to deny the request, Mayor Pro Tem Jeff Pruitt explained that he did not think the request was consistent with the town’s adopted land use plan and that he agreed with a September Planning Board vote recommending denial of the proposed text amendment.

Just prior to a unanimous vote to deny the request, Kitty Hawk Mayor Craig Garriss advised that the town had received four emails in opposition of a height change.

Due to a Recreation Committee vacancy following the October 25 resignation of Timothy Fish, council appointed David Klebitz from a list of applicants to fill the unexpired term ending June 2024 for that position.

Klebitz will join current members Paul Henriques, Kip Tabb, Ryan Thibodeau, Pete Mantz and non-voting council representative Charlotte Walker on the five member committee that meets on an as-needed basis three or more time throughout the year to advise the Town Council on recreation-related matters within the town.

Making her first report to council as interim Kitty Hawk town manager, Melody Clopton provided an update on work at the police station site and advised that video coverage of the recent groundbreaking ceremony will be available soon. Demolition of some parts of the former Sentara Healthcare center at 5200 Croatan Highway will take place soon and the town is currently working with an architect and other contractors for the work needed there.

Clopton also offered a word of thanks to Kitty Hawk resident and Kitty Hawk Iron and Steel Works, Inc. owner Louis Hoppe for donating employee services to fix a swing set at Paul Pruitt Park on The Woods Road. She went on to say Town Hall will be closed this Friday for Veteran’s Day and due to the holiday residential trash collection will be Monday and Wednesday. There will also be a route change for the marathon scheduled for Sunday.

It was announced in a November 1 press release that Andy Stewart had resigned his position as town manager for Kitty Hawk and that Clopton will serve as interim town manager effective that same date. “The Town Council and staff wish Mr. Stewart the best in his future endeavors,” noted the release.

In closing Town Council comments, councilwoman Charlotte Walker advised that she was notified October 8 by Bill Cress and Ken Hyde that Kitty Hawk would no longer be considered for the location of the Wright Brothers Tribute Museum and Observatory.

“Several area locations have come forward and talks are ongoing,” explained Walker. “While I feel that this is a loss for our town, I am happy that this amazing project will continue in a welcoming environment, free of the complications that the Kitty Hawk site encountered.”

Walker went on to say that she intends to continue being involved with the project should it remain in this area and is confident the museum and observatory status is not an “if” or “when” but is instead it is “where.”

Walker also reported that the Recreation Committee met October 25 and discussed, among other things, the need for additional pedestrian and bicycle safety, pickleball courts and a suggestion conducting a Kitty Hawk resident survey to get a public response on several recreation items.

The next scheduled Town Council meeting is December 5 at 6 p.m.