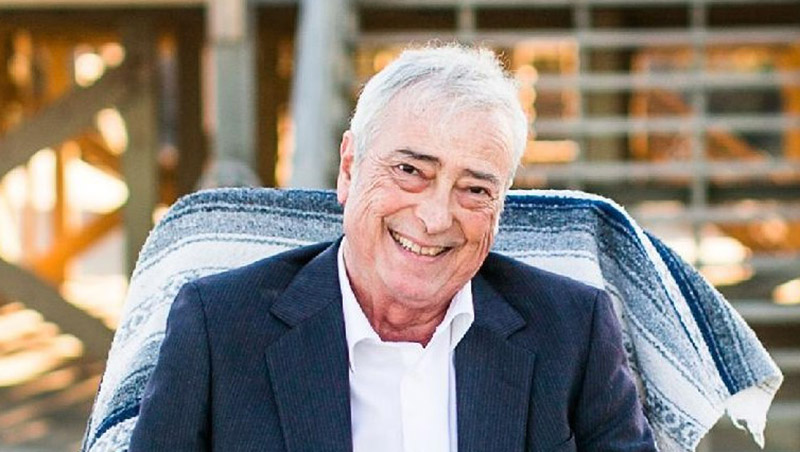 Wayne Joseph Strickland of Kitty Hawk, NC passed away on Monday November 21, 2022 after a very tough year of fighting cancer. Wayne was born in Maryland on August 14, 1956 to Joseph and Ruth Strickland. He grew up in District Heights, MD and graduated in 1974 from Bishop McNamara High School. It was during his high school years when he met Laura Lukasewicz, his lifelong partner. They married in October of 1980 and lived for 13 years in Prince Frederick, MD. Their love of the ocean took them on many vacations in the Outer Banks. Wayne knew this was where he wanted to spend his life. So, in 1993, three years after the birth of their daughter, Erin Strickland, the family moved to the Outer Banks of North Carolina. It is Kitty Hawk that Wayne referred to as his home!

Wayne always greeted everyone with a sincere smile and a genuine sing song hello! He was an entrepreneur throughout his life and in 2011 he and Laura started their real estate business, Stellar Properties of the Outer Banks. Wayne loved real estate and devoted himself to his work and to the friendships he made with his clients, and peers. He was affectionately known by his colleagues as “The King of Foreclosures.”

Wayne thoroughly enjoyed both water sports and snow skiing! He loved his rock and roll music and would often be heard blasting out his own rendition of Aerosmith tunes. Pepsi and pizza were two of his favorite indulgences, but nothing topped the shrimp happy hour! Wayne will be greatly missed by his wife Laura, his daughter Erin and her partner Zak, his sisters-in-law and brothers-in-law, nieces, nephews, and countless friends and colleagues.

Wayne is predeceased by his parents, Ruth and Joseph Strickland, and his younger brother David. A private celebration of life will be planned at a later date. In lieu of flowers, Wayne asked that donations be made to the Japan Education Culture Center, Inc (JECC). JECC is a 503c non profit devoted to cultural exchange for youth and adults from the United States and Japan, as well as enhancing the community for all to enjoy. This organization was paramount to his daughter’s ability to train in martial arts all her life and he would like to pay that forward to other students who are in need. Donations can be sent to: 3620 Forrester Lane, Virginia Beach, VA 23452, or via PayPal at jecc.va@gmail.com. Condolences may be shared at gallopfuneralservices.com. Gallop Funeral Services, Inc. was entrusted with arrangements.