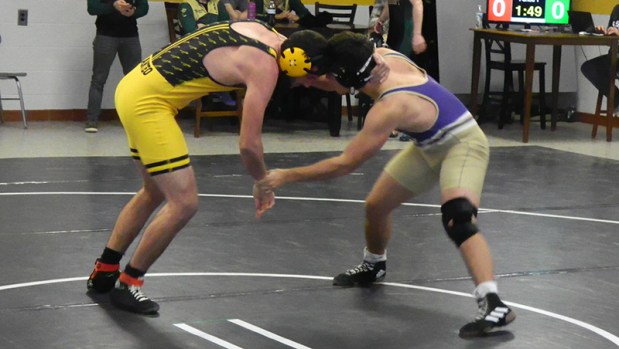 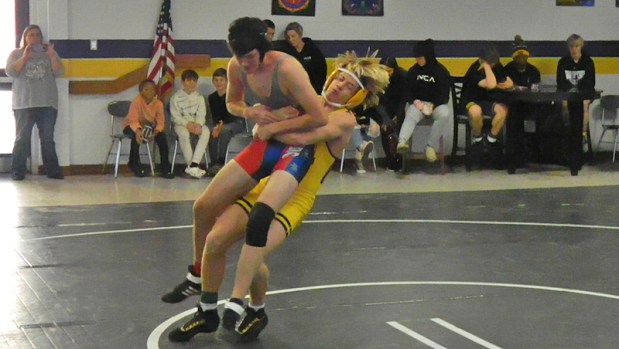 Manteo's Joseph Campbell, right, takes down Conner Smith (Pender) in the 145-pound class and went on to win the match by a 9-2 decision. Philip S. Ruckle Jr. photo 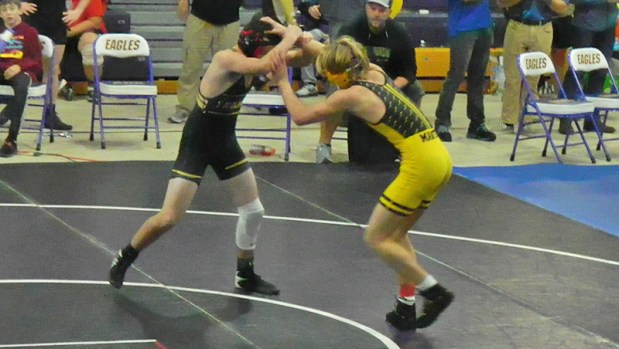 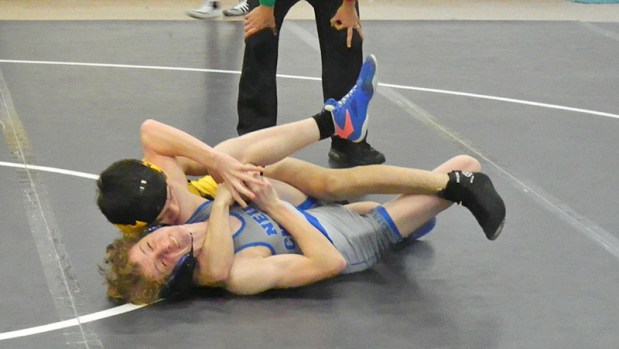 Dylan Polatty was one of the top varsity finishers for Manteo at the end of Saturday’s competition taking second place in the 160 weight class while teammate Nick Brewster, at 195 pounds, managed a fourth place finish.

Satisfied with the performances, Manteo High School wrestling coach Jimmy Metzinger said he thought overall his team was getting better at every outing.

Metzinger went on to say he was trying to expose his wrestlers to what he calls “That Match,” which is the match they need to win to qualify for state.

“We are getting closer to what I feel is where we want to be in February,” he added.

Manteo competes as a 2A division school in the Northeastern Coastal 2A/3A conference with John A. Holmes, Hertford County, Northeastern along with 3A schools Currituck County and First Flight.

Individual results for the MHS varsity boys include:

Individual results for the girls include:

Teams scores at the end of Saturday’s competition: