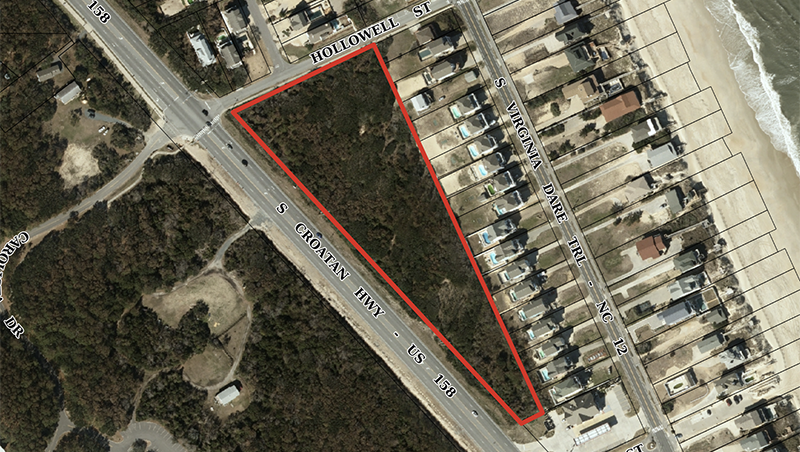 An appeal hearing before the Nags Head Board of Adjustment regarding a housing development was canceled after the appeal was withdrawn.

The appeal was by Woda Cooper Companies, Inc., which had proposed building multi-family housing at 103 E. Hollowell Street in Nags Head. The hearing had been set for Thursday, Jan. 12, 2023.

The appeal challenged the decision by the Nags Head planner to consider the essential housing project commercial. Under the terms of the moratorium now in place in the Town of Nags Head, non-residential projects cannot proceed.

Woda Cooper withdrew its appeal application and the hearing was canceled.

Denis Blackburne, senior vice president-development for Woda Cooper, wrote to The Coastland Times, “In light of the Council’s vote last week to prohibit multifamily uses in the C-2 district, the question of whether the moratorium applies to multifamily uses is moot because the property we planned to develop was within the C-2 district. This decision by council prevents any development of multifamily properties in Nags Head, therefore eliminating the possibility of bringing much needed affordable/essential housing to the community.”

Woda Cooper is one of two companies selected by Dare County’s Board of Commissioners to build essential and workforce housing.