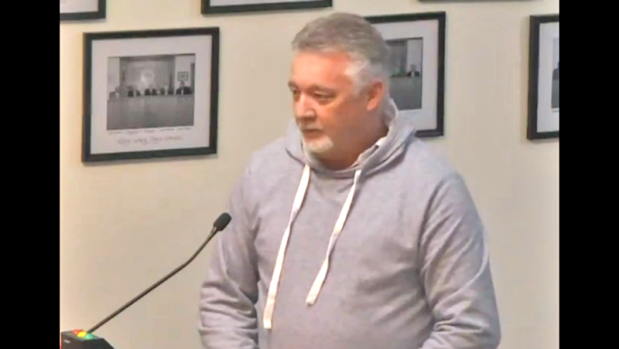 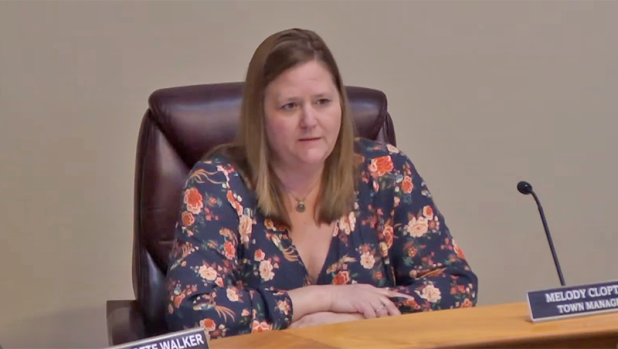 Kitty Hawk town manager Melody Clopton advised town council at its January 9 meeting that construction of a fire access road to provide protection to Preserve property and private properties west of the covered bridge on Covered Bridge Road has been approved and that that updates to the town's land use plan are still taking place. Kitty Hawk Town Council video still 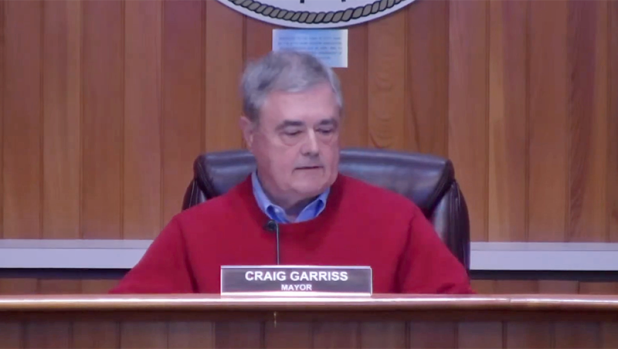 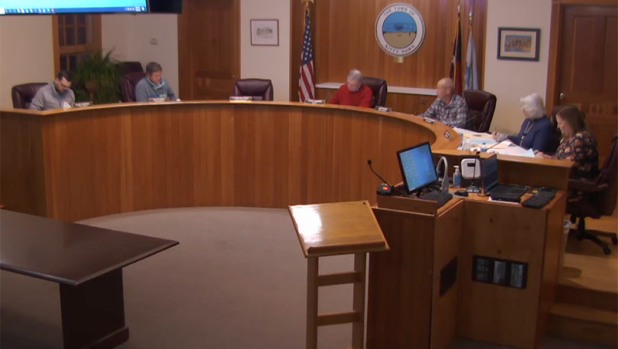 During a brief Kitty Hawk Town Council meeting on Monday, January 9, the only business item for the night was the approval of a consent agenda as presented.

Items approved within the consent agenda included December 5 council minutes, a December 31 financial statement, a $6,265 budget amendment appropriating funds for the demolition and removal cost of a structure at 4240 Virginia Dare Trail, a $63,000 budget amendment increase reflecting rent revenue for income from Bear Drugs until June 30, 2023 and authorization under G.S. 20-187.2 to allow police Sergeant Brent Vucinovic, who retired January 1, and police Chief Joel Johnson, who is retiring February 1, to purchase their service weapons from the town for $1 each with presentations to occur at a later council meeting.

Other business for the evening included Steve House addressing council with his appreciation for the public service of two retiring police officers and a comment that last year the Outer Banks Jeep Invasion beach ride was a great success with almost 800 participants.

House said the group would like to expand the event this year to have two rides, one on May 12 and another May 13, with both taking place from 8 to 9 a.m. He added that the group intends to provide a $3,500 donation to Ocean Rescue just like last year with a like donation to the police department for two charity rides.

During department reports, Clopton advised that the state has authorized $50,000 toward construction of a fire access road to provide protection to Preserve property and private properties west of the covered bridge on Covered Bridge Road. She then explained that demolition of the former Sentara building is underway and the design team is still working on details for the new police building.

Clopton then advised that land use plan updates are still underway and advised that a short government channel video available with several details.

In closing, Garriss said he is looking forward to 2023 and he and several council members offered their appreciation for the service of retiring police officers Vucinovic and Johnson.

The next regular scheduled council meeting is at 6 p.m. on Monday, February 6.