Kill Devil Hills Commissioners sandwiched in seven separate presentations between approving a site plan change and a package of street improvement recommendations during a longer than usual March 12 board meeting. 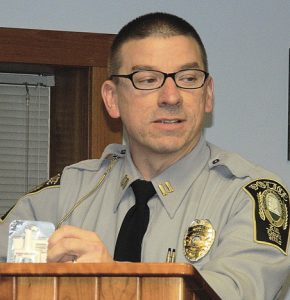 Opening the regular session meeting with a scheduled public hearing, Commissioners needed only a few minutes to review modifications to a site plan for Nature’s Walk, a workforce housing and multi-family development at 901 Ninth Avenue. 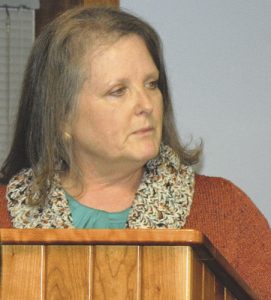 Phase One was completed as planned with five two-bedroom units in each of two buildings.

Although footprints for the proposed buildings are the same as originally planned, the unit count has decreased by two and the bedroom count has increased by a total of three.

There is also one addition parking space added to the site. 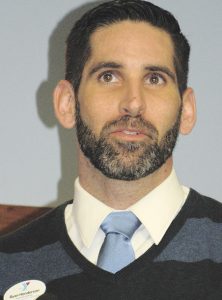 With Commissioner Brandi H. Rheubottom absent due to illness, the remaining Board voted 4-0 in favor of the changes.

Although site engineer Mike Robinson was prepared to answer any Nature’s Walk questions, his involvement with another project in town proved beneficial.

During Public Comments local resident Trudy Gardner said she had some pedestrian safety concerns with the construction of a new hotel on NC12 without a beach access.

Robinson said initial hotel plans called for a restaurant, pool and beach access there but it was scaled down when the developer could not get any interest in a restaurant.

“The owner recognizes that a beach access is necessary,” explained Robinson. “I can tell you with 100 percent certainty that there will be a beach access.”

Moving on to a series of presentations, Cape Hatteras National Seashore Superintendent Dave Hallac led off with some Park Service facts and figures for 2017.

According to Hallac between the three visitors sites on the Outer Banks; Fort Raleigh National Historic Site, Wright Brothers National Memorial, and Cape Hatteras National Seashore, there were 3.12 million visits

“We have 79 year round staff, about 100 seasonal staff and 352 summer volunteers providing 22,600 hours service,” said Hallac. “Overall the Seashore stretches 67 miles with 29 miles off road vehicle routes and in 2017, 94 percent of off road vehicle miles was opened to the public.”

Hallac went on to say that 2017 figures compared with 1998 data for Ft. Raleigh and Wright Brothers show that visitation numbers there are down only a small percentage while visitor number for Cape Hatteras National Seashore are up.

“That is remarkable,” Hallac commented. “Because, as you may recall, there was one week of almost no Hatteras visitation when we had a power line issue near the Bonner Bridge.”

Next up was Current TV Channel Manager Bobby Dobbs with an overview of recent changes at the former GovEd TV program with general information about the channel and efforts to keep the public informed along with an explanation on how funding is provided and calculated.

Outer Banks YMCA Executive Director Ryan Henderson advised in his presentation that there were 5,780 family members in 2017 with 171 children involved in summer camps, 154 children at various sports programs, and 275 at swimming lessons even though the program only ran until June. There were also 82 children involved in a youth swimming program.

During the business part of the evening’s agenda Julien Devisse, APTIM, Inc., engineer for the recent beach nourishment project, provided results from a post-construction survey completed in December.

At the end of Devisse’s presentation, Commissioners in a unanimous 4-0 vote authorized APTIM, Inc., to conduct a one-year post construction report detailing project performance and update to the beach maintenance plan.

Closing out the marathon presentation session former Town Commissioner Michael Midgette covered a wind turbine project at a Town facilities. According to Midgette an anemometer will be installed on a tower at First Flight Middle School to capture actual wind speed data for the area.

“Data will be recorded for a one-year period,” said Midgette. “This will help understand the monthly and seasonal wind fluctuations needed to calculate estimates for energy generation and determine any return on investments.”

Following the evening’s series of presentations, Town Engineer Pete Burkhimer provided Commissioners with  recommended street, drainage, and waterline improvements for the Whispering Pines Subdivision area with an estimated cost of $921,000.

Commissioners approved the recommendation with another $81,300 for bidding, engineering and design work, and project oversight.

In other business during the 139 minute meeting, Commissioners approved a resolution asking Governor Roy Cooper to examine the current membership makeup of the NC Marine Fisheries Commission, and a resolution opposing any adverse changes in the definition of a commercial fishing operation.