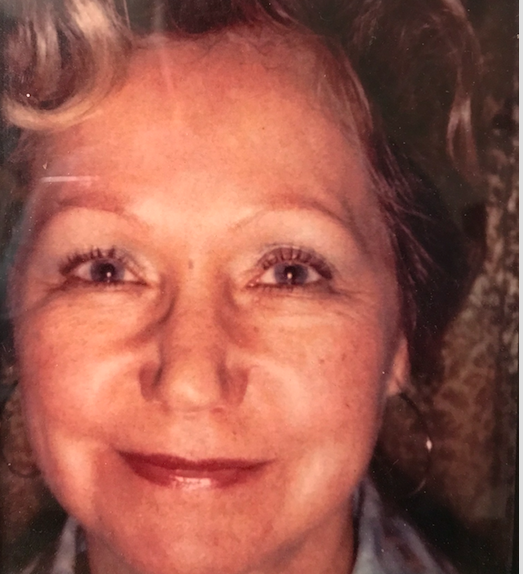 Editor’s note: The State Bureau of Investigation has assigned cold-case investigator Tony Cummings to the unsolved homicide of Brenda Joyce Holland in response to our series of investigative columns that began on April 15. Previous columns can be seen at thecoastlandtimes.com

Geraldine Holland once had this dream: Her slain daughter Brenda visited to name her killer.

Holland’s story for Mother’s Day is about the never-ending, death-transcending love between mother and child.

She died five years ago in a family guest house in Vanceboro containing many photos of Brenda and letters from Brenda, who had carried on her mother’s grace and beauty. At time of her death at the age of 89, Geraldine Holland’s mind was vanquished by dementia and Brenda had been dead for 46 years. But in the years before dementia, hardly a day went by when the mother didn’t think of her middle daughter. She and her family were tough mountain folk. But they were never the same after Brenda vanished. “There was a void nobody could fill,” one of Brenda’s sisters, Kim Holland Thorn of Vanceboro, a tiny town between Greenville and New Bern, told me.

Just before the start of the July 4 holiday of 1967, a relative alerted by Dare County authorities came to the Hollands’ modest vacation spot in their western North Carolina homeland to tell them that Brenda, the 19-year-old makeup supervisor at The Lost Colony outdoor drama on Roanoke Island, had been reported missing. Holland and her husband, Charles Wiley Holland, quickly arranged for their oldest child, Ann Holland Earley, to take care of their two young children still at home, Charles Hoyt and Kim. Then the parents raced down from the mountains for the long ride to Manteo. There, they endured a hell of a week as hundreds of searchers, including the National Guard and volunteers from Brenda’s Campbell College and The Lost Colony, combed through the hot woods of Roanoke Island.

Charles Wiley Holland, a factory floor supervisor who’d served as a National Guard photographer in Europe during World War II, had reportedly brought his revolver. He told Dare County Sheriff Frank Cahoon that he wanted some time alone with Brenda’s last date, the one who told the sheriff that he had passed out only to awaken to find Brenda was gone from his Manteo house early on the morning of Saturday, July 1.

Kim Thorn said her father told the sheriff: “Let me at the last person she was with because I can take care of him. You won’t have to do anything.” She said Cahoon told her father: “But then I will have to lock you up for murder.”

Geraldine Holland did her best to keep her husband calm.

After Brenda hadn’t shown up at the Lost Colony for work the previous Saturday night, she’d been reported missing.

On Thursday, July 6, the pilot of a search plane spotted a body floating near the shore of the Albemarle Sound near Mashoes. Cahoon and others were soon on the scene. They drove in Brenda’s last date, who identified her corpse. Further confirmation came from the fact that Brenda’s necklace was still in place, one that bore a locket she’d won as Miss Congeniality at the Haywood County Beauty Pageant of 1966.

An autopsy would reveal Brenda had been strangled and, quite possibly, sexually assaulted. By the time the report came out, her parents were back at their Canton home preparing for her mountain funeral. The service was held the weekend after Brenda disappeared. It took place in the church where Brenda was raised, Ridgeway Baptist. It should have been Brenda’s 20th birthday. Instead, her body was in a closed white coffin draped with flowers at the front of the sanctuary. It was raining as the funeral started.

After the service, the casket was lowered into the family plot in the church cemetery. The rain had stopped.

“It was the strangest feeling,” Brenda’s big sister Ann said. “It felt good. It was just like the tears from heaven stopping for a minute.”

But the family’s ordeal was just beginning. “It destroyed Dad and it destroyed Mom,” Charles Hoyt Holland said. “And it just went downhill.”

His father, a good man devastated by not being able to save his daughter, drank and talked of Brenda’s last date, who was a suspect in the case. “He’d get mad and say, ‘I just ought to go down there and finish what I should have,’” his son said.

His father publicly criticized Sheriff Cahoon’s handling of the case. Cahoon, in phone calls with the Holland parents, always said the last date was the main suspect. He never bothered to tell them about a suspect many considered much stronger, a Manteo dentist named Linus Edwards who was a violent alcoholic. There is strong evidence in the State Bureau of Investigation file that Edwards was drunk and angry on Burnside Road in Manteo, the street where Brenda’s date lived, on the night she disappeared and may well have attacked her as she tried to walk to her nearby home, on what is now Ananias Dare Street in Manteo. We’d like to hear from Brenda’s female roommate at that house, as well as from her last date and his two housemates.

The father wasn’t the only one crushed by Brenda’s killing. Charles Hoyt Holland lost interest in school without the constant encouragement of Brenda, the first in the family to go to college. He and Ann Earley, the oldest child, missed Brenda terribly, as did Kim Thorn, the youngest child.

Geraldine Holland just tried her best to comfort them all. But it wasn’t easy. She sometimes called both of her surviving daughters “Brenda.” Lots of parents with several children do that, but it was more pronounced in the Holland family.

Mother’s Days were hard for Geraldine Holland, but so were most holidays. “Until I moved to Alabama, holidays were spent with family,” Earley said. “I knew Mom just couldn’t stand not having her children around on holidays. I wish I could add something specific, but I think I must have created a mental block. For sure I always called Mom on any holiday. Brenda’s birthday was the most painful for her.”

What made holidays especially hard, Kim Thorn explained, was that the family had not seen Brenda since Easter 1967. Brenda wrote many happy letters about her life at the beach, but it just wasn’t the same as being with her. She had called after Easter from Campbell to say she was going straight to Manteo when the spring semester ended, taking the job at The Lost Colony instead of her longstanding waitress job at home. “Mother was just so upset,” Thorn said.

Charles Hoyt Holland said his mother would get depressed and say “I sure miss your sister. I can’t forget her.”

His father died in 2003. He’d been plagued with dementia at the end. Geraldine Holland stayed by his side. After his death, she came down from the mountains to spend her last years with her youngest daughter, Kim Thorn, in a guest cottage. As she stood in the cottage the other day with pictures of her mother and Brenda, Thorn revealed that her mother believed Brenda visited her in the dream to tell her the name of the killer. Brenda melted away before she got to the name. But before her dementia set in, Geraldine Holland was shaken by a new revelation about her daughter’s homicide.

Coming next Sunday: Nineteen years after Brenda’s homicide, a revelation to the State Bureau of Investigation comes from an unexpected source.