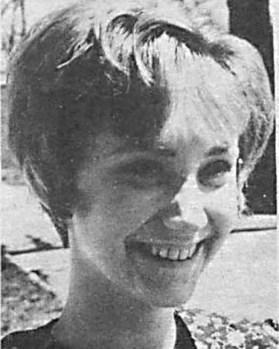 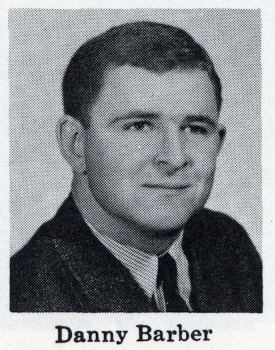 The test of wills between Cahoon and Barber began.

Cahoon soon had Barber in his patrol car for the ride of a few blocks from Barber’s Burnside Road house to the sheriff’s office in the brick courthouse building in downtown Manteo. The lantern-jawed sheriff was around 60 years old, his gray hair parted near the middle, a tough but soft-spoken guy with a trim build.

The world was changing all around him in 1967. The long-haired kids were protesting President Johnson’s war in Vietnam. Other kids were raising hell in general nationwide, including in Cahoon’s county, on some nights over at the Casino in Nags Head, mainly the problem of Nags Head Police Chief Donnie Twyne Sr.

Barber, 24, wasn’t a hellraiser. His hair and beard were neatly trimmed. He was square-jawed and fit, a Goldsboro native who had served in the U.S. Army band and was attending the University of North Carolina at Chapel Hill.

And he was, in his own way, every bit as tough as Cahoon.

Barber was part of The Lost Colony clique. Cahoon, despite friends who worked in the play, was not. The sheriff, having kept his elected office since 1946, had the most controversial case of his career on his hands. The Dare County seat, Manteo, was and is a company town and the company was and is The Lost Colony, as others have noted.  The outdoor drama began in The Great Depression and revived the town. It continues to be Manteo’s economic lifeblood. Andy Griffith got his start in this play where dreams begin.

But that July Sunday flipped the dream. The sheriff, soon to be joined by SBI agents, put Barber in an interview room, beginning the longest ordeal in Barber’s life. Years later, Barber would remember how grueling the questioning was, and how frightened, helpless and vulnerable he felt.

To some extent, Barber had visited the trouble upon himself through his initial statement about the last hours of his date with Brenda, who was 19.

The previous Saturday night, Brenda hadn’t shown for work. Irene “Renie” Rains, the longtime costumer for the play and mother figure to the cast, told law-enforcement agents that Barber told her that night he had driven Brenda to her rented room at Dick and Cora Gray Twiford’s house around 2 a.m. that morning, according the SBI file on Brenda’s homicide. But before the play was over, Barber told John Fox, the general manager of The Lost Colony, that he hadn’t driven Brenda to the Twiford house, on what is now Ananias Dare Street in Manteo. Instead, he said, he’d driven her to his house on nearby Burnside Road where he’d fallen asleep and awakened to find Brenda gone.

Barber’s initial shift in his story apparently led Cahoon to concentrate on him as the massive search for Brenda began. The pressure was on.

Reporters from all over the state poured in as the sheriff tried to organize the hundreds of searchers, many of them volunteers, including from Brenda’s Campbell College. Brenda’s parents, Geraldine “Gerri” Holland and Charlie Holland, had raced down from their native mountains.  Charlie Holland came in packing his revolver, seeking justice for his middle daughter, the first to go to college. He wanted some “alone time” with Barber. Cahoon tried to cool Holland down.

On the morning of Thursday, July 6, 1967, a pilot in a search plane spotted a body near Mashoes in the Albemarle Sound, which was flat and gray that day. Cahoon soon had Barber at the scene to identify the body. “Barber looked at her, walked away, then came back and said it was her [Brenda],” the sheriff told reporters.

The sheriff was apparently trying to break his main suspect. Brenda’s parents could have identified her body.

One of the Twifords’ daughters, Penny Twiford Craven, told me that she thinks Barber “got a bum rap.”

“I think he was scared and made a mistake in saying he brought Brenda home when he actually did not. He came to our house and apologized to my mother for not bringing her home. He felt bad about it. He made a mistake and he tried to do right.”

Craven, like many others, believes that another man, Manteo dentist Linus Edwards, killed Brenda.

A longstanding theory of the case says that Edwards, a violent drunk, mistook Brenda for his wife, whose friends included one of Barber’s housemates, strangled her and threw her body in the sound. Edwards was a much stronger suspect than Barber, judging from my interviews and reading of the SBI file.

Cahoon and the SBI agents never pressed Edwards hard. But they continued to interview Barber in the days immediately after Brenda’s body was found. Years later, he would remember that he couldn’t convince the lawmen that he had not done the crime. The officers finally backed off after one of Barber’s brothers retained a lawyer for him.

Barber finished the summer as a chorus singer at The Lost Colony. Rains told the SBI agents that most of the cast believed that Barber had nothing to do with Brenda’s slaying, a belief that was supported by Brenda’s roommate at the Twiford house. But the SBI kept up the pressure on Barber, including having an agent in the audience each night of the play that summer of 1967, according to a note in the SBI file.

Fox, The Lost Colony general manager, told The Charlotte Observer in August 1967 that Barber had told the same story consistently to investigators and they had concluded that “if Barber is not telling the truth he is such a good actor he ought to be on Broadway.”

Sheriff Cahoon was not satisfied. “He hasn’t given us all the answers we’d like to have,” he told the Charlotte paper. “But we haven’t got enough to pick him up.”

Dr. Edwards fatally shot himself in his Manteo home on Valentine’s Day, 1971.

Investigators continued to press their case on Barber, including by monitoring his changes in residence. As he started climbing the corporate ladder in 1972, SBI agents wrote that he was considered “an excellent employee.” They even noted what kind of car he drove: a 1970 Opel.

Danny Barber, who came to be known as Dan Barber in the formal world of business, held up. He married in 1975. His wife, Diane Barber, recently told me that, during their engagement, he told her a girl in The Lost Colony had been found dead and investigators had tried to put it on him. He was forever grateful to his brother for retaining an attorney for him, Barber told his wife.

“He thought in his heart of hearts this made no sense,” Diane Barber said. “Why would somebody kill her?”

She speaks lovingly of her husband, as do their two daughters.

In 1985, Diane Barber said, her husband got a call from an investigator on Brenda’s case. “I took the phone call in the kitchen. Dan was sitting at the kitchen table. I didn’t pay any attention. It was around suppertime. I was busy with the girls. Dan took the phone. I just remember he was kind of resigned, like ‘Why are they calling me?’ It certainly didn’t send him into any kind of a panic or anything. It was just like, ‘Huh?”

The pressure continued after Cahoon had retired and died.

At least one more investigator would call Barber, in the spring of 1995. Barber was open and cooperative, the investigator indicated, according to the SBI file.

Barber had just retired from Sara Lee Hosiery, where he’d risen to the top ranks. He concentrated on his singing with professional and amateur engagements. He died unexpectedly on Jan. 15, 2011.

Right up until the autumn before his death, he had vacationed with his family In Dare County, the place of the ordeal of his youth.

Coming next Sunday: The case against Dr. Linus Edwards of Manteo 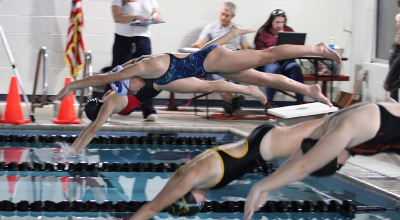