The First Flight varsity volleyball team won a home non-conference match against Manteo on Thursday, defeating the Redskins 3-0 in a best of 5 series.

After trading points up to an 8-8 tie, First Flight jumped out to a 17-13 lead over the visiting Redskins before moving on to the 25-15 win. Although the second game had a similar start, Manteo held on with a better defense and stronger offense that tied the score at 15 all before the Nighthawks could pull out a 25-19 win.

With an apparent wave of momentum behind them, the Nighthawks went up 13-1 in the third game before Manteo could put anything together. Although the Redskins did mount a comeback surge it was too little too late and First Flight held on for a 25-13 win.

“It was our first game,” said Manteo Coach Jilli Schuler. “We have a lot to work on but there were also several positives as well.”

“The girls were excited to come out tonight,” said Hogan. “I could see it in the first set. And I was really proud of the way they battled in that second set. Manteo sort of broke their spirit in that second set, but they came back.”

A 3-0 loss to Perquimans on Tuesday, and the win over Manteo on Thursday, gives First Flight a 1-1 record. Manteo is now 0-1.

Earlier in the evening the First Flight JV volleyball team won its non-conference home court match against Manteo with a 2-0 score. After falling 25-14 in the first JV game, Manteo came from behind in the second to post a 14-10 lead. A time out helped the Nighthawks regroup and First Flight evened the score at 15 each before moving ahead for a 25-17 win.

The next First Flight volleyball game is at 5:30 p.m. Aug. 21 against Perquimans at the First Flight High School gym. The Nighthawks then play Bear Grass Charter at 6 p.m. the following day at Williamston. Manteo is scheduled to play at Cape Hatteras Aug. 21 at 6 p.m. 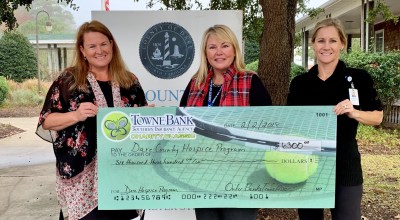 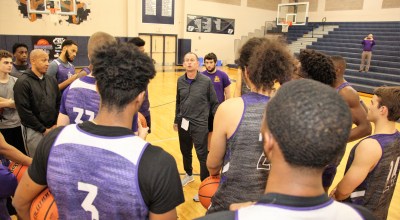 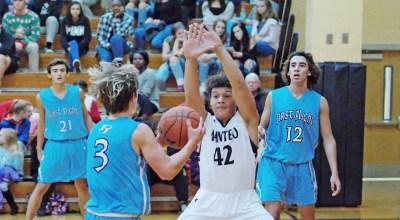