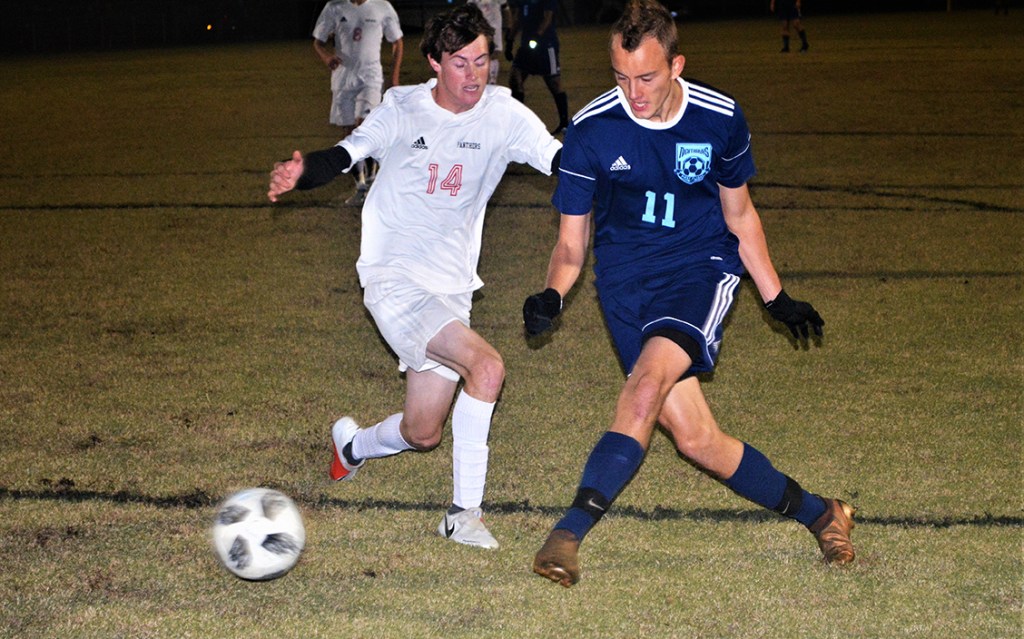 With an easy 4-1 victory over visiting North Johnston Thursday night, First Flight’s soccer squad is scheduled to host Carrboro for the Eastern Regional Championship in Kill Devil Hills Saturday, Nov. 10 at 5 p.m. If they win, the team advances to the State Championship in Raleigh on November 17.

Coach Juan Ramirez says his guys are “peaking are the right time.” The Nighthawks have been down this road plenty of times in their school’s short 15 season history and have gone to battle with the scrappy Carrboro teams before. 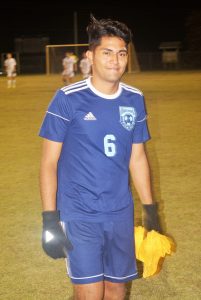 Altogether, the men’s team has made it to the regionals five times and won four titles. In their five times in the State 2A Championship games played in Raleigh, the ‘Hawks have only one once back in 2016.

More recently, however, coach Ramirez led the First Flight women’s soccer team to the State 2A Championship last spring season; they also won it all back in 2008.

The two programs are known across the state for playing great soccer. The men’s teams is currently ranked 11th in North Carolina, according to Max Preps.

With the North Johnston victory, the Nighthawks boys team improved their record to 18-1-1. In the past nine seasons, they’ve racked up 140 victories, 13 losses and 7 ties also according to Max Preps. 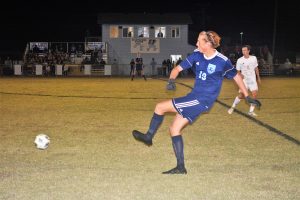 Nighthawks junior defender Stryker Owens sends the ball back to his fellow defenders late in the 4 – 1 victory over North Johnston. Daryl Law photo

Against North Johnston the other night, the ’Hawks wasted little time before getting on the scoreboard. Senior Trent Powell sent the ball to the back left corner of the net from directly in front of the goal in the second minute of play.

In the 29th minute of play, Powell  struck again as he got of a shot from the left side of the goal that found the back of the net on the right side while Panthers junior defender Austin Holland was closing in.

With the clock counting down in the first half, North Johnston went on several runs and got off a few shots but nothing found the back of the net. At the other end, First Flight had a nice hard run on the right side. 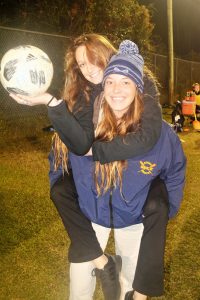 But as the half wound down, the Panthers scored to push the score to 2-1. First Flight junior goalie Lucas Neiderlander finished the first with three saves. The two assists for Powell’s goals came from Cane Lige and McCabe Owens.

At halftime, coach Ramirez let his guys know that he wasn’t too happy with their play thus far.

As the second half got underway, the student section was loud, proud and made sounds with everything – cowbells, a siren, horns and clappers. “Go Nighthawks!”

At one point, North Johnston got a free kick from midfield but defender Stryker Owens headed the ball away from the goal. Later, Neiderlander saved a hard shot on goal. Next, First Flight’s Cage Bernard had a hard run down the right side but got too deep and his shot hit the side of the goal with 15 minutes remaining.

Two minutes later, M. Owens put one through to push the score to 3-1. To finish off the match, senior Wade Denzin made a hard run and shot he followed into the goal for the 4-1 final score. The Panthers goalie was laid out in the dirt, pounding his fist into the ground over and over.