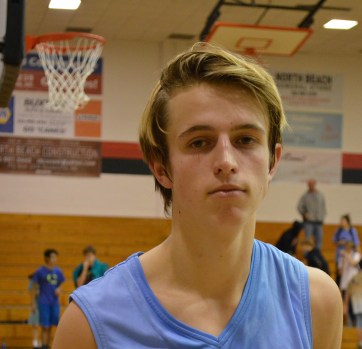 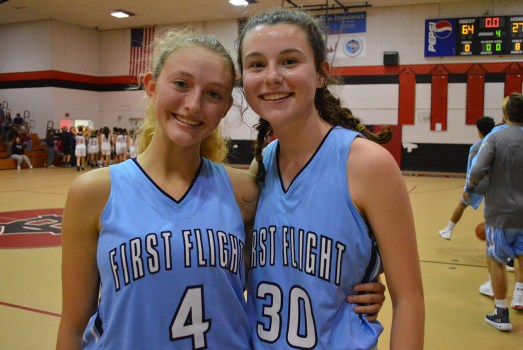 The Nighthawks’ three pointers accounted for 58 percent of the total score for the visitors to Buxton.

Leading the Nighthawks scoring was Dylan Blake with 21, including four from long range and 7 for 8 tries at the free line.

Reese Jones swished the net with five threes in the first quarter and added two at the foul line for 17 points.

Jordan High scored 13 points with one three, three twos and a 4 for 5 record for free throws. Rounding out the double-digit scoring for the Nighthawks was Grayson Bell with a trio of threes and one from the free line, for 10 points.

The aggressive Nighthawks defense kept Cape Hatteras off balance. First Flight was ahead 58-15 at the half. The mercy rule kicked in for the second half.

Leading the scoring for First Flight was Emma Richards, who scored 23 points. She hit 11 goals in 13 attempts and added one at the free line.

Close behind Richards was Jaylan Ulmer, who hit four threes, a couple of regular field goals and one freebie. Also hitting a couple of threes was Emma Midgett. She scored nine, going 3 for 4 at the foul line.

In third quarter, Cape Hatteras outscored First Flight 15 to 11, but the Nighthawks poured in 19 points in the fourth for the win.

The next day, Wednesday, Nov. 21, the First Flight boys basketball team packed Thanksgiving dinners, according the official fan page for the high school. This is the twelfth year for the service project. Turkeys were donated by Barefoot Bernie’s and cooked by High Cotton BBQ. First Flight High staff donated food for the meals.