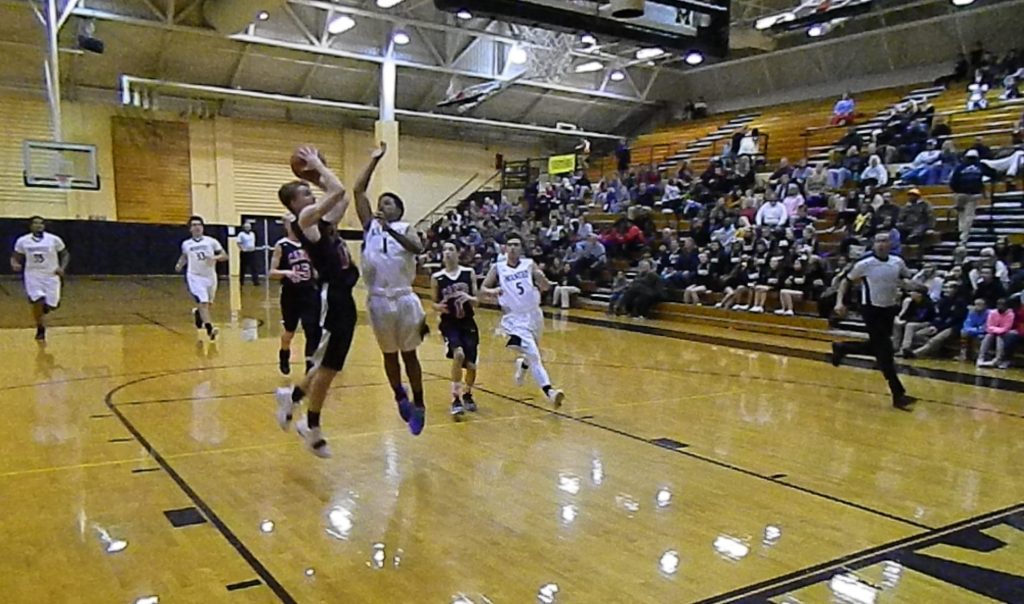 “I was very pleased with our offensive effort in the second half,” said Manteo coach Connor Butler. “Overall, it was a very good effort by our girls in their first game of the year.”

After an almost evenly matched first half, the Redskins moved ahead with a 13 point third quarter while holding the Hurricanes to a single basket by Nyah Machie.

A stronger fourth quarter performance by Hatteras proved too little too late, with Manteo holding on for the win. 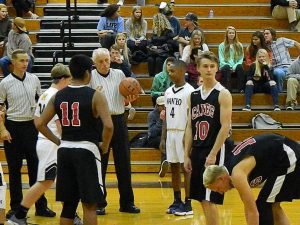 Opening with a relatively narrow 16-13 first quarter performance, Manteo boys blasted the Hurricanes in the second period with another 20 points while holding the Hurricanes to a single three-point basket by Keegan O’Neal for a 36-16 halftime lead.

Hatteras came back after the break in the third quarter with a double-digit scoring effort that cut Manteo’s lead by one point only to see the Redskins regain control in the fourth. Other than Zach Huizing’s foul shot with less than a minute to play, the Hurricanes were scoreless for the second half of the fourth quarter.

Manteo varsity boys and girls are both 1-0. In JV basketball action, Manteo lost its home game to Hatteras 38-25.