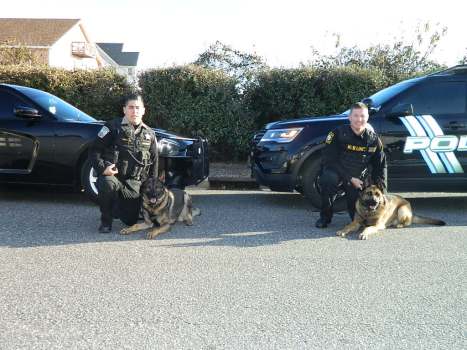 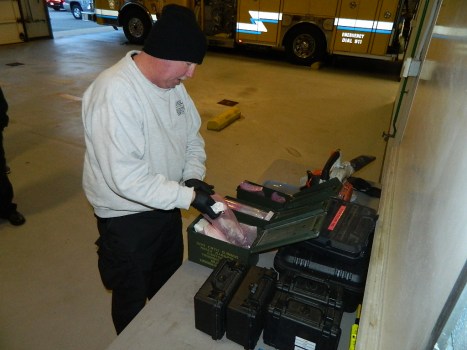 Dare County Sheriff's Deputy Tommy Nieman prepares an item to hide during a training session in one of the Nags Head fire stations. 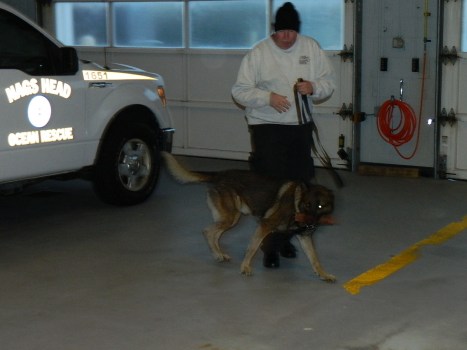 Dare County Sheriff's Deputy Tommy Nieman walks his dog Heky through a Nags Head fire station searching for the scent of explosive materials during a training session. They've been together about four years. 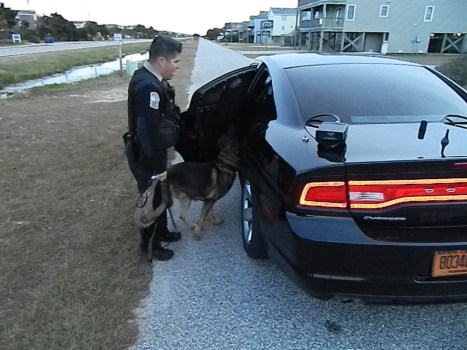 After a successful hunt, it's back into Bennett's car for Bady. 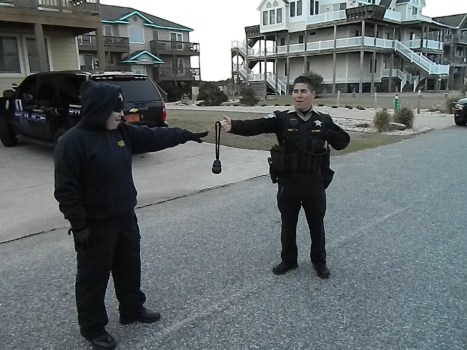 Bennett hands his dog's toy to Dare County Deputy Melinda Sherrod. The toy serves as a reward when a subject is found. 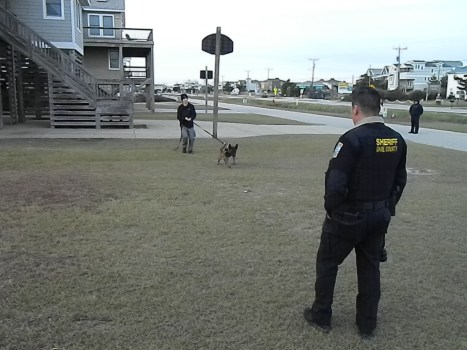 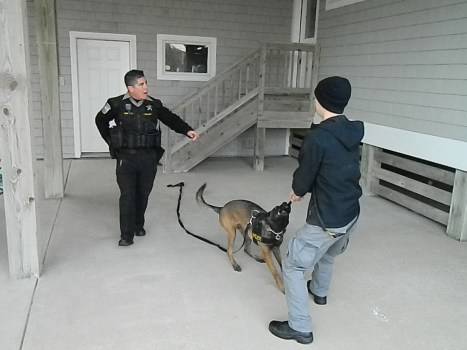 Deputy Bennett hid near a Nags head cottage and Ami made the find. 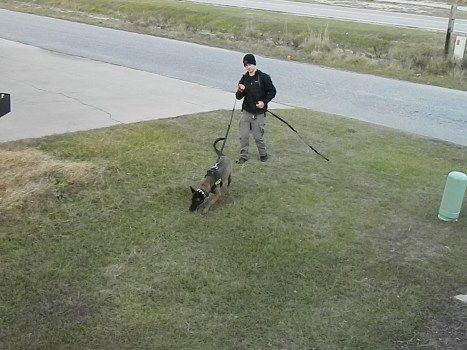 Mitchell and Ami on the trail to find a person. 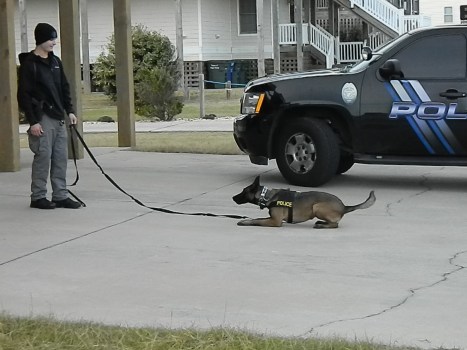 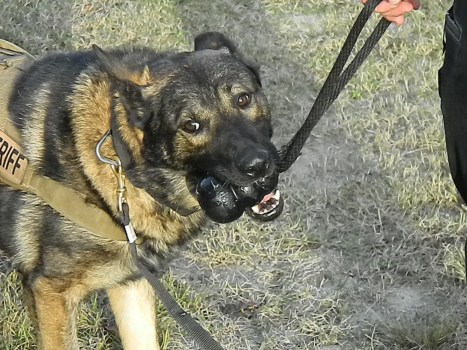 Bennett's dog Bady with his toy. 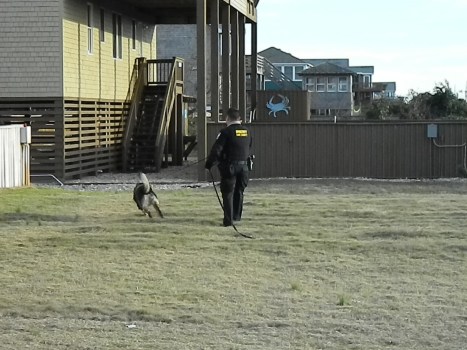 Dare County Sheriff’s Deputy Greg Bennett and Bady head around a house on the trail of a subject during a recent training exercise. 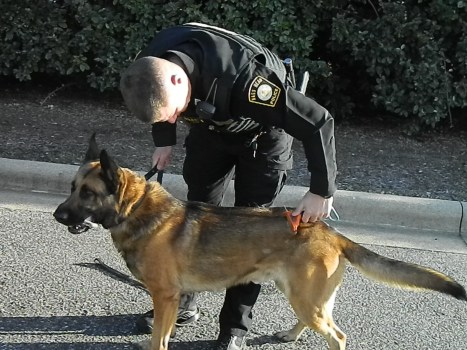 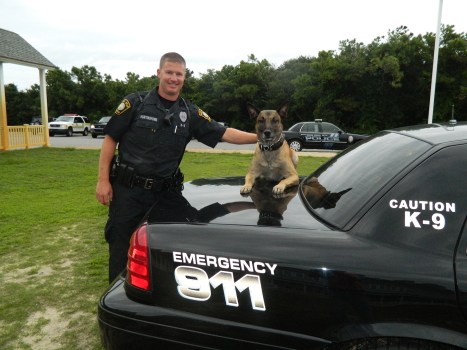 Nags Head Police K-9 Officer Matt Huntingford and partner Iwan were always a popular team until the Belgian Malinois developed a cancerous tumor that led to his end of life in 2016.

A police dog, also known as a K-9, is a dog specifically trained to assist law-enforcement officers. Most come from generations of dogs specifically bred to perform specific tasks required for police work.

Even though North Carolina is not one of the 13 states with regulations for minimum K-9 standards, local officers do train and meet specific national certification standards.

The exact number of active police dogs in the United States is unknown, but in 2010, the North American Police Work Dog Association estimated the number at around 50,000. Agency dogs are deployed to do everything from bomb- and drug-sniffing to chasing down suspected criminals and searching for lost children. A fully trained dog costs about $15,000.