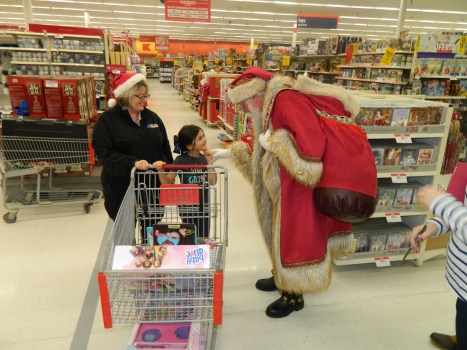 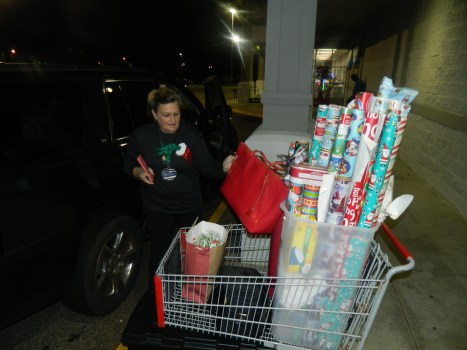 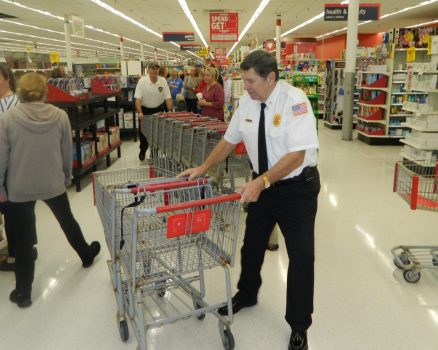 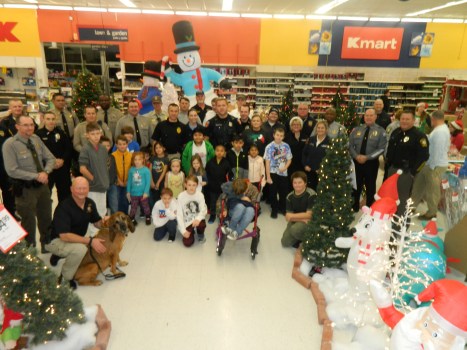 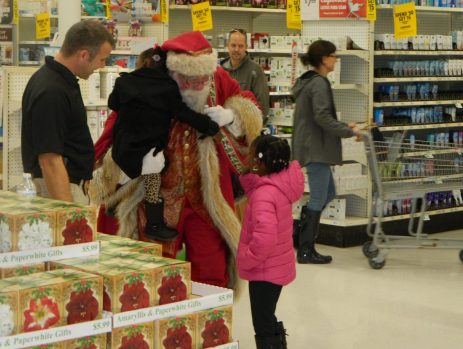 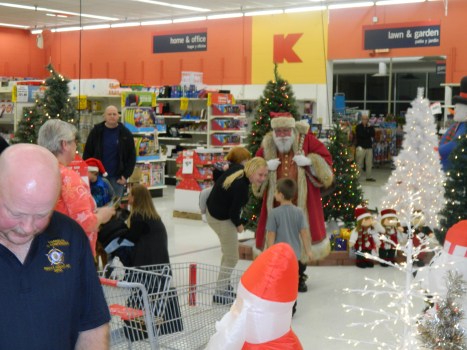 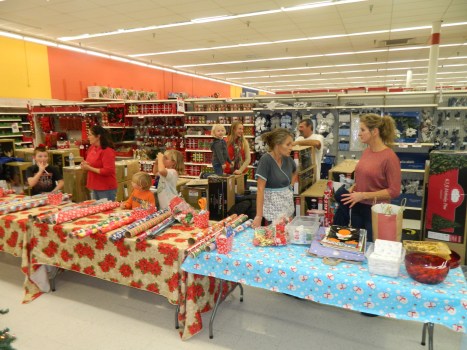 The abundance of smiles on 30 young shoppers in the Kill Devil Hills Kmart store December 21 are a clear indication that the annual Sgt. Earl Murray Children’s Christmas Event was an outstanding success.

Paired with Dare County first responders from more than a dozen different government agencies, each child was allowed to buy $100 worth of Christmas gifts for family members and themselves.

“It’s a special time to be able to see the happiness on a child’s face. Escorted by a first responder, they get to go on a $100 shopping spree,” said Kill Devil Hills Police Officer Laura M. Gilreath.

One of the many volunteers participating each of the nine years the event has taken place, Gilreath said children often put family before themselves and the smiles are worth it.

Often called “Shop with a Cop,” the event includes more than just police officers, as area firefighters, EMTs and park rangers rub shoulders with police officers while waiting for a chance to shop with a child.

The idea for a shopping spree came from the Murray family as a way to keep the special affection Nags Head Police Sergeant Dulan Earl Murray Jr. had for the Christmas season alive. Sgt. Murray died in a May 2009 accident while responding to a burglary in progress call.

“Earl always looked forward to giving Christmas presents to others,” said Kim Murray, Sgt. Murray’s widow. “He loved the surprise and happiness gifts brought to others. He understood that giving gifts shows someone they’re being thought of and receiving gifts means that someone has done the same.”

She went on to say that the program runs strictly on donations from businesses and individuals who contribute money. There is also money from a silent auction and several police officers conducted a fundraiser on their own.

“This is my second year to be involved,” said Kmart store manager Mark Klein. “It’s our pleasure to set up tables, provide water and open extra checkout registers so we can have a great shopping experience with the kids.”

Klein added that customers are supportive of the organization and it seems to boost everybody’s Christmas spirit.

“Each child gets to spend $100,” added Murray. “If they have a list with nothing on it for them, we insist they get something.”

“The children are elementary and middle school age,” explained Bracy, “but selection is not always income-based. Some children are selected that need a positive experience with a policeman or firefighter.”

The smiles everywhere gave evidence that the experience was positive.

Christmas village truly one of a kind