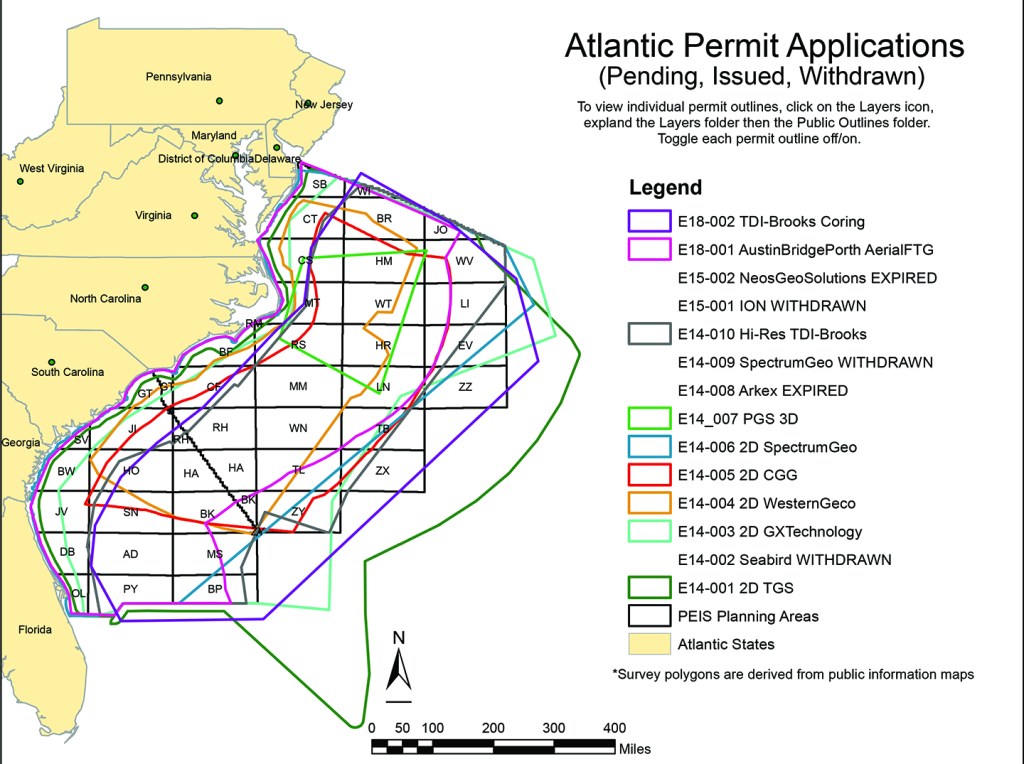 COLUMBIA, S.C. — A federal judge in South Carolina has turned back the Trump administration’s attempt to continue preparatory work for offshore drilling during the federal government’s partial shutdown, issuing a ruling in a federal lawsuit challenging the overall expansion plans.

The ruling comes a few days after President Donald Trump’s decision this week to recall workers at the Bureau of Ocean Energy Management so they could continue to process testing permits for possible drilling off the Atlantic coastline. The recall drew an objection from the U.S. House Natural Resources Committee chairman, Democratic Rep. Raul Grijalva of Arizona. He called on Acting Interior Secretary David Bernhardt to reverse course or provide a briefing on the legal justification for the move.

The suit challenges permits for the testing that precedes the drilling itself. It claims the National Marine Fisheries Service violated the Marine Mammal Protection Act, the Endangered Species Act and the National Environmental Policy Act in issuing the permits.

“The government was trying to have its cake and eat it too, and we’re pleased the court did not allow that to happen,” said Laura Cantral, executive director of the South Carolina Coastal Conservation League, one of the groups to sue. “This is an issue of critical importance to the coast, and one that must be handled openly, transparently, and fairly. This ruling will allow that to happen, and that is good for all concerned.”

South Carolina Gov. Henry McMaster and Attorney General Alan Wilson, both Republicans, have been working on their state’s response to the administration’s announcement of a five-year plan to open 90 percent of the nation’s offshore reserves to private development. Drilling has stirred emotions and vocal opposition along South Carolina’s coast, with many expressing concern the proposal could cause irreparable harm to the coastal areas that are the heart of South Carolina’s $20 billion tourism industry.

Some drilling supporters say it could mean an economic boon for an area increasingly reliant on tourism.

The drilling issue has been difficult for McMaster, an ally of Trump. Last year, McMaster was among state executives who requested a drilling waiver, seeking the same sort of promise already given to then-Florida Gov. Rick Scott, another Trump ally.

But McMaster, who supports Wilson’s decision to join the federal action, has repeatedly pledged to protect the state’s coastline, saying last week in his inaugural address, “I will firmly stand against all efforts to endanger the future of our pristine coastline, our beaches, our sea islands, our marshes and our watersheds.”

Meg Kinnard can be reached at http://twitter.com/MegKinnardAP.

Letter to the Editor: Woodard and Cahoon respond to seismic survey approval

Outer Banks Chamber of Commerce statement on release of permits for seismic testing, blasting and exploration