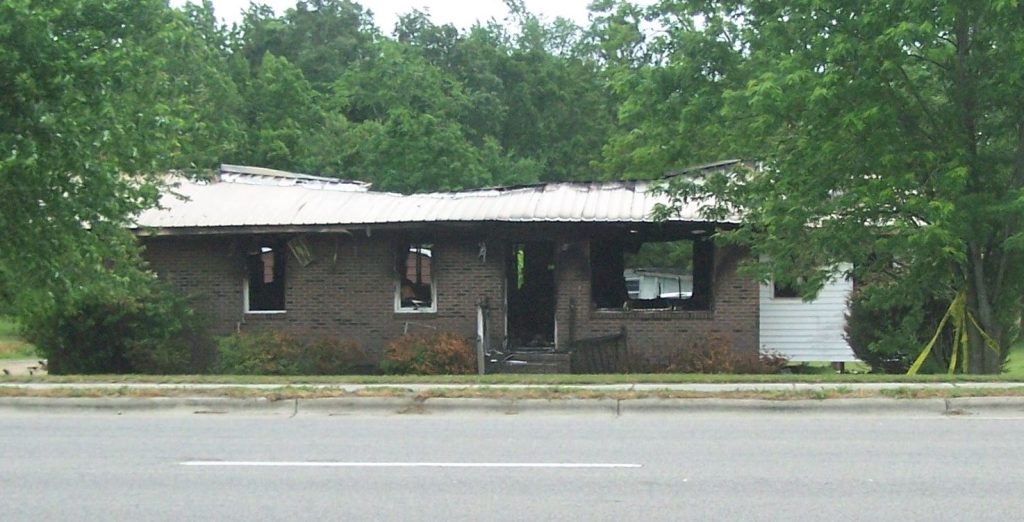 One person died and a second was severely injured when this house in the 800 block of Highway 64 East in Columbia burned in the early hours of May 11. Ray McClees photo

Isaiah Basnight, 85, died and his daughter Shalmete Basnight was airlifted to a Greenville hospital as a result of a fire in their home in the 800 block of Highway 64 East in Columbia in the early hours of May 11.

Isaiah Basnight, said to use a walker, apparently succumbed to smoke inhalation.

Shalmete Basnight reportedly succeeded in getting her two elementary school age children out of the fully engulfed building, but then she sustained severe burns in a failed attempt to rescue her father. She was airlifted by East Care to Vidant Medical Center in Greenville and reportedly was released on Sunday, May 12.

The Tyrrell Volunteer Fire Department was summoned at 1:28 a.m. Trucks and tankers from all six Tyrrell stations were brought to the scene, opposite the Hwy 55 restaurant.

Firefighters remained at the site until shortly before 10 a.m.

The Columbia fire marshal is charged with investigating the blaze.