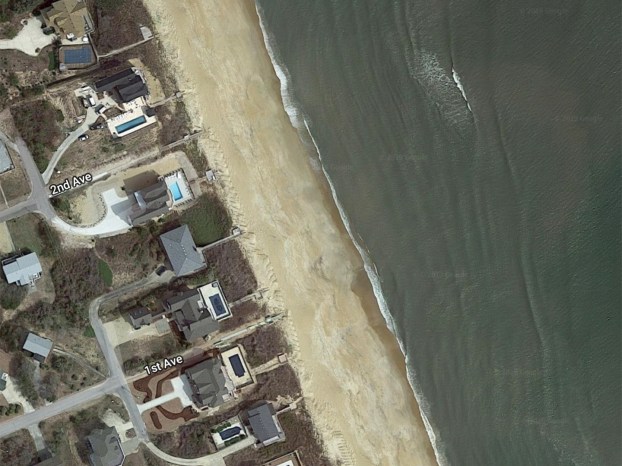 An unresponsive man was pulled from the surf the afternoon of Saturday, May 25 in the area between 1st Ave. and 2nd Ave. in Southern Shores. Google Maps image

A statement issued Tuesday morning by Lieutenant Jonathan Slegel of the Southern Shores Police Department says the death reported on their beach Saturday was not a drowning after all.

“After talking with the local medical examiner, the death of the male pulled from the surf on May 25th, 2019 in Southern Shores has been ruled as cardio vascular disease death and not a drowning,” the statement read. “The Southern Shores Police Department extends our thoughts and prayers to the family in this time of their loss.”

The death of John Albright, 68, of Blacksburg, Va., had originally been reported as a drowning, with eye witnesses reporting that it appeared both Albright and his wife were caught in a rip current.

Emergency personnel responded to the report of an unresponsive person being pulled from the surf Saturday in the area between 1st Ave. and 2nd Ave. in Southern Shores, according to a Saturday media release from the Southern Shores Police Department.

Deanna Cook, 48, of Manteo, has been found dead, according to the Dare County Sheriff’s Office. Cook had been the... read more