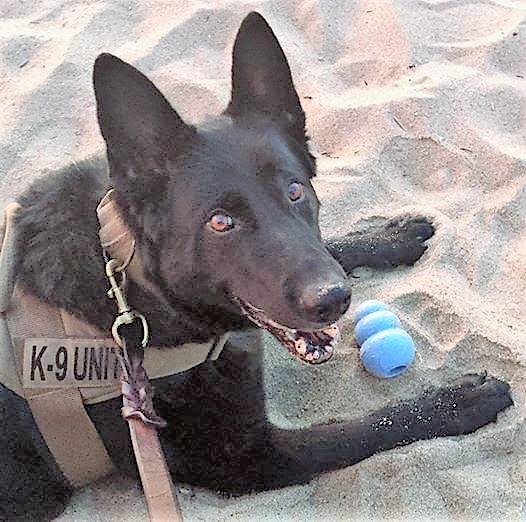 The Kill Devil Hills Police Department announced the passing of former K-9 Officer Inka. She had a very successful career with the KDHPD and had been living with her handler, former KDH Officer Charles Craddock, since her retirement.

After working between 2011 and 2015, the police dog was forced into retirement after a leg injury. When her handler made a career move to Washington, DC, Inka went with him. The ten year old German Shepard died at home of natural causes.

Kill Devil Hills Police Lieutenant David Pierce remembers the K-9 as notable. Inka was used as a narcotics, tracking and apprehension patrol dog. “She wasn’t the most social dog,” said Pierce, “she was all business.” Pierce added, “Inka did a lot of good work while we had her.”