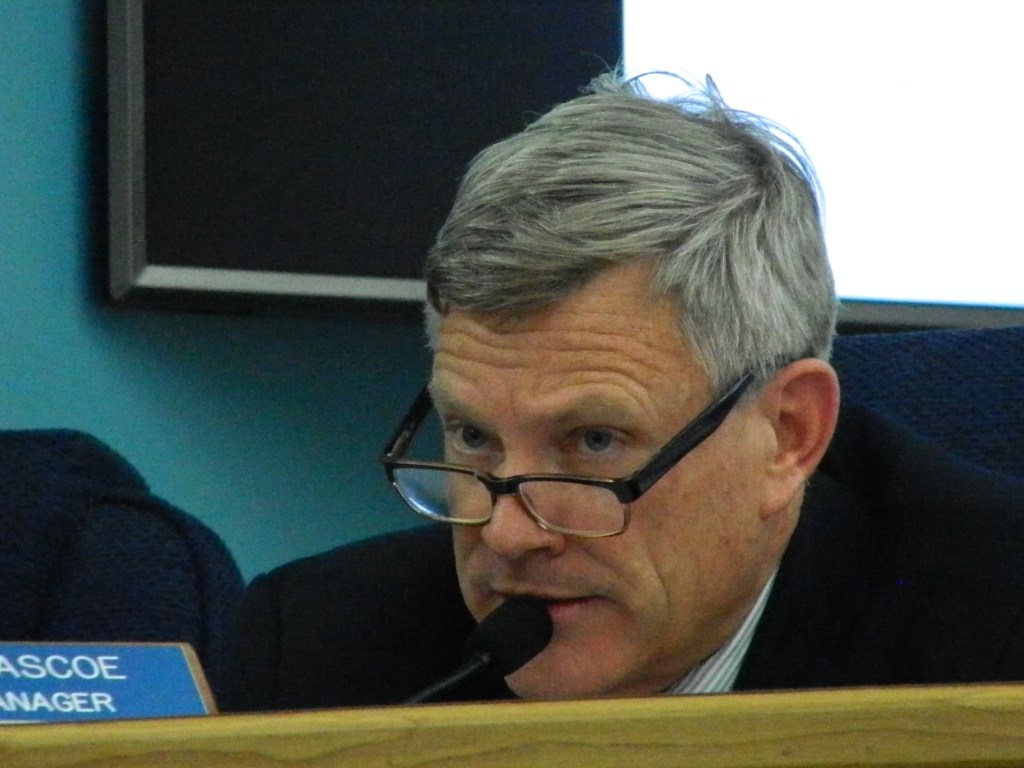 At the June 4 Southern Shores Town Council meeting, a request to modify an existing wireless tower at Duck Road and Ocean Boulevard was approved, a $7,450,846 FY 2019-20 operating budget passed and a 2016 dispute over the town engineer selection process resurfaced.

After moving contract renewals for the town attorney and Town engineer from the consent agenda to another part of the evening’s agenda, council gave unanimous approval to a motion renewing the 2015 legal services contract with Hornthal, Riley, Ellis and Maland of Nags Head with a requested fee schedule increase.

Renewal of town engineer contract with Deel Engineering, PLLC, took a lot longer after Fred Newberry and Gary McDonald voiced their disappointment that the engineering contract was being presented at the last minute and asked why it had not been put out to bid.

Town manager Peter Rascoe said the original contract had been put out to bid and was included on the agenda as routine item since it was about to expire.

McDonald said that last time council had options with more than one candidate to vote on and it should have been opened up again.

In 2016, Newberry and McDonald pushed for opening the town engineer position contract, which at that time was held by Joe Anlauf, to a competition bid to see if any other engineering firms might be interested. Deel Engineering was one of two firms that responded and was selected for a three year contract on a 3-2 vote with Newberry and McDonald voting no.

The renewal contract with Deel Engineering covers a number of services that include, in addition to civil engineering, both environmental and architectural consulting as well as construction inspections with no change in billing rates for the coming year.

At Tuesday’s meeting, Newberry said while he was not against the current engineer, he would like to see a move toward more green agencies and not wait until the last minute and be forced into a contract. Jim Conners added that it is fairly common to enter into a contract and then extend that contract.

Chris Nason pointed out that he was concerned that changing engineers might interfere with any projects currently underway.

Rascoe added that it could be put out to bid, but that would take time. Any projects during that process could be completed by an engineer under a purchase order, but that would not be at the prices included in the contract.

When the vote came, the contract with Deel Engineering was approved for one year on another 3-2 vote with Nason, Conners and Mayor Tom Bennett in favor and Newberry and McDonald voting no.

Council was more unified with a request from American Towers LLC and Verizon Wireless to modify an existing flagpole style wireless tower at 148A Ocean Boulevard to increase the height from 140 feet to 150 feet.

American Towers is an independent communications provider with more than 60,000 sites in the U.S. and a customer list that includes Verizon, AT&T, Sprint and T-Mobile as well as radio and television broadcasters and various government agencies. 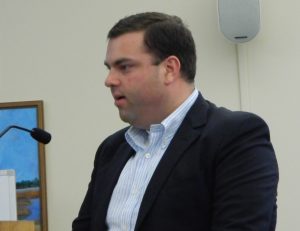 According to the application, the additional height and equipment is expected to help alleviate some of the bottlenecks in network connectivity that currently result in interrupted service and dropped calls for the area. The property is listed as being owned by Southern Shores Civic Association Inc.

After looking at the town manager’s proposed FY 2019-20 budget, council was again divided.

Both McDonald and Newberry voiced concerns that money set aside for emergencies in the reserve fund will be used to fund a South Dogwood Trail sidewalk.

The vote to approve the $7,450,846 FY 2019-20 operating budget again had Bennett, Conners and Nason in favor with McDonald and Newberry voting no.

McDonald and Newberry both added that they do not oppose a walkway, just the way it is being funded.

The budget as approved includes:

Other business for the night included sending a special events and occupancy limitation ordinance to the Planning Board for review and to have the town attorney and planning director work on an updated draft.

The attempted code change intended to provide town officials with traffic and safety information dates back to 2015, when concerns over its difficult language and lack of enforceability tabled it. Public comments during the evening indicated the ordinance might be so broad it included routine family reunions and birthday parties and might still be difficult to enforce.

“We need something for public safety that will not penalize people with private pool parties,” said McDonald.

Conners suggested sending the issue to the Planning Board for review, where event planners and rental agencies could provide input. McDonald and Newberry said they didn’t want to overburden the Planning Board and favored action by the town attorney and planning director. In a compromise move, it will be sent to both.

During the night’s final public comments, Willo Kelly, representing the Outer Banks Association of Realtors, reminded council that Duck received national attention 10 years ago with the same issue when it bypassed code restrictions and developed an application process that met the same safety and information goals.

Late in the evening, council approved a citizen advisory committee to study traffic cut-through options. Tommy Karole will chair the seven-member committee, with Newberry serving as an advisor.

Council then voted to establish a second seven-member committee to look at having a Dare County library branch in Southern Shores with Michael Fletcher the library committee chair and Conners a council advisory member.

The open session of the meeting ended at 9 p.m., when council entered a closed session to discuss qualifications, competence, performance, character and fitness of one or more employees. The next Town Council meeting is Tuesday, July 9, at 5:30 pm.