Fireworks on the Outer Banks: Rules and safety tips 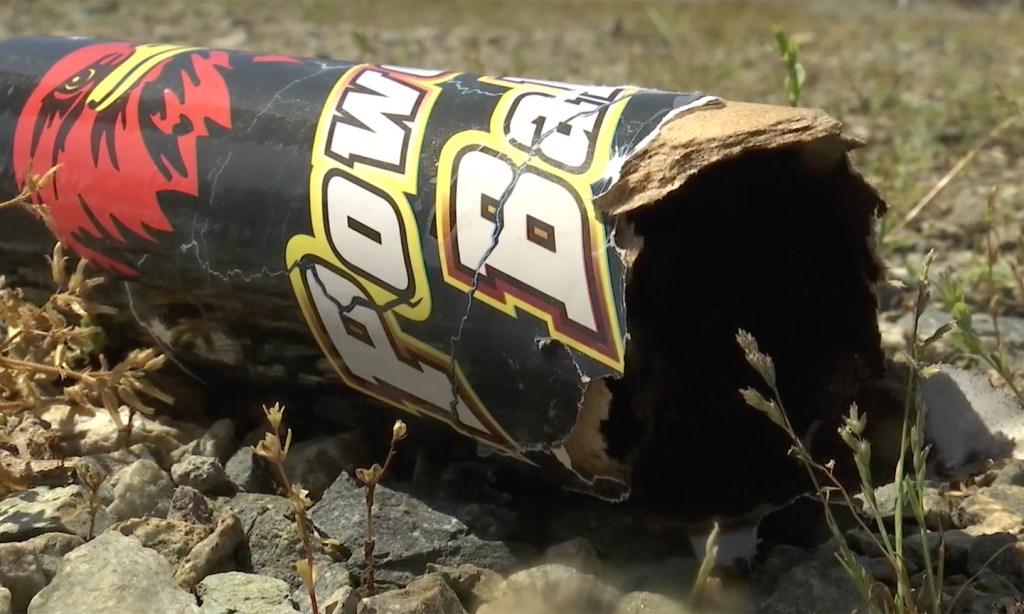 Independence Day is right around the corner. That’s when we commemorate the adoption of the Declaration of Independence on July 4, 1776, declaring our independence from the Kingdom of Great Britain. It is also commonly associated with parades, barbecues, picnics, concerts, sports events, family reunions and fireworks.

With the holiday almost upon us, this might be a good time to review some basic fireworks safety.

The most important thing to remember about fireworks is that no matter how much fun they might be, all fireworks can be dangerous.

Here in North Carolina, fire departments respond to more than 100 fireworks-related calls each year with an estimated total of more than $225,000 worth of property damage.

North Carolina law, found in General Statutes 14-410 and 14-414, makes it illegal to sell or possess any firecrackers, ground spinners, bottle rockets, Roman candles or aerial fireworks. More simply, anything that leaves the ground is illegal.

There are, however, more restrictive rules for Duck, Southern Shores, Nags Head and on Hatteras Island, where all fireworks are illegal, including sparklers, smoke bombs and snake pellets.

“We don’t even allow the fun ones,” advised Duck Fire Chief Donna Black. “That’s due to the fragile environment and windy conditions here. Fireworks are a common cause of fires and fire spread and we want to keep our environment safe.”

Even consumer fireworks available for sale in North Carolina can be dangerous.

“Sparklers burn at 1,200 degrees and people should stay away from them,” cautioned Manteo Fire Marshal Kevin Zorc.

Zorc went on to say that public fireworks shows put on by area municipalities are the best option for people. They are well managed and pyrotechnic technicians maintain a safe distance between the launch area and the public.

While violators face misdemeanor charges punishable by a fine up to $500 and as much as six months in jail, there are worse outcomes than a surprise visit by a law enforcement officer.

According to a U.S. Consumer Product Safety Commission report, fireworks were involved in an estimated 9,100 injuries treated in U.S. hospital emergency departments during the 2018 calendar year. An estimated 5,600 of those injuries occurred between June 22 and July 22.

In addition to those injuries, there were at least five 2018 deaths from fireworks. Victims ranged in age from 19 to 49.

Why so many injuries?

One reason could be the false belief that because people have legal fireworks, the fireworks they have are safe.

As Zorc pointed out, even hand-held sparklers can be dangerous. Although most people know that that water boils at 212 degrees Fahrenheit and glass melts at 900, many are surprised to find that the tips of sparklers burn at 1,200 degrees Fahrenheit. That is hot enough to cause a third-degree burn and even melt some metals.

So how do people enjoy fireworks on the Fourth of July?

One of the safest ways to enjoy fireworks is to follow Zorc’s recommendation and view an outdoor display, from a distance, conducted by trained professionals.

For those compelled to have their own display, here are a few safety precautions:

– Alcohol and fireworks do not mix. Save any alcohol for another time.
– If you buy fireworks do so only from a reliable fireworks vendor
– Store fireworks in a cool, dry place.
– Never alter fireworks or try to make your own.
– Fireworks are not toys and should only be handled by responsible adults.
– Know your fireworks; read the warning labels and performance descriptions before igniting.
– Fireworks should be used only outdoors.
– Never wear loose clothing while handling fireworks.
– Never carry fireworks in your pocket.
– Never point or throw fireworks at another person.
–Ignite your fireworks outdoors on a paved surface, away from grass, trees and any other vegetation.
– Light one firework at a time and move away from it quickly.
– Have a water hose or bucket of water nearby in case of a fire emergency.
– Never shoot fireworks from a metal or glass container.
– If a firework does not light the first time, do not attempt to relight a “dud.” Wait at least 20 minutes and then soak it in a bucket of water before placing it in an outdoor garbage can.
– After the display, do not immediately pick up or touch leftover fireworks because they may still be active.

These suggestions may help avoid a visit from emergency responders because fireworks can have a life-altering impact including severe eye injuries, loss of limbs and even death.