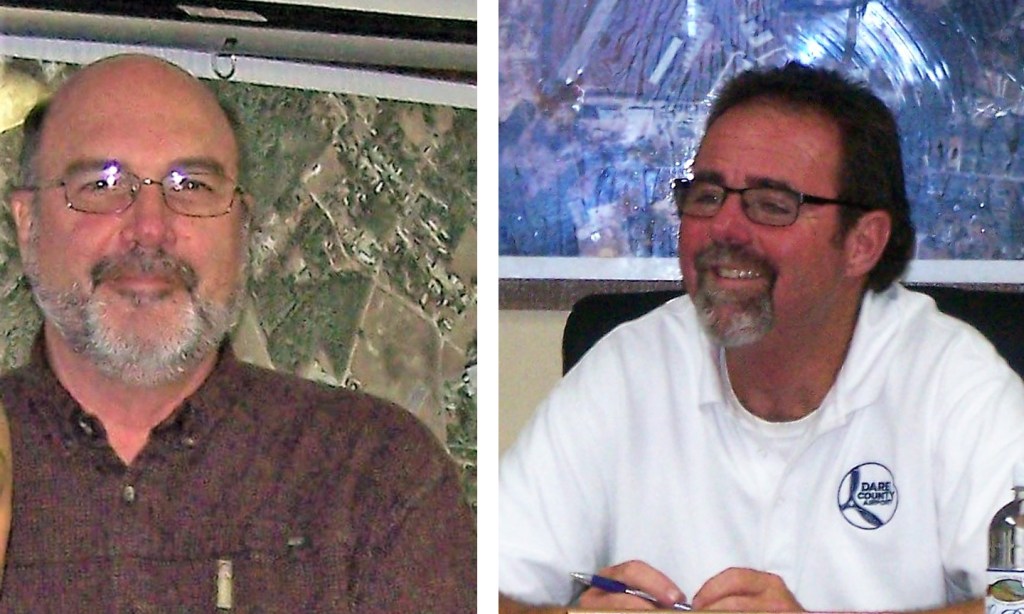 The current chairman and a former chairman have stepped down from the Dare County Airport Authority. Chairman David Twiddy resigned his post and George Wood asked not to be reappointed to DCAA. Both say the decision was personal and independent of the other’s decision.

Twiddy was appointed to the Dare County Airport Authority in July 2013. He said his decision to resign was made to enable him to spend more time on other activities, including his work with the Outer Banks Sporting Events board. He said he loved his time on DCAA and had to think long and hard before stepping down. “After eight years, it was time for someone else that has new ideas,” said Twiddy.

Wood has served on DCAA since 2001. He served as chairman in 2006 and another two terms beginning in 2012. Wood believed it was time for him to leave DCAA: “I believe it is the right time” Wood said, “we [DC Airport Authority] really became a well-oiled working authority.” He said the airport had a stable management and his self-defined goals had been met during his tenure. Wood plans to concentrate on his business and volunteer work.

The nine-member Dare County Airport Authority’s mission is to manage the operation, maintenance and improvement of air services and facilities at the Dare County Regional Airport located on Roanoke Island. Charlie Davidson, who serves as vice chairman, will become the next chairman. The Dare County Board of Commissioners will appoint the replacements for Twiddy and Wood.