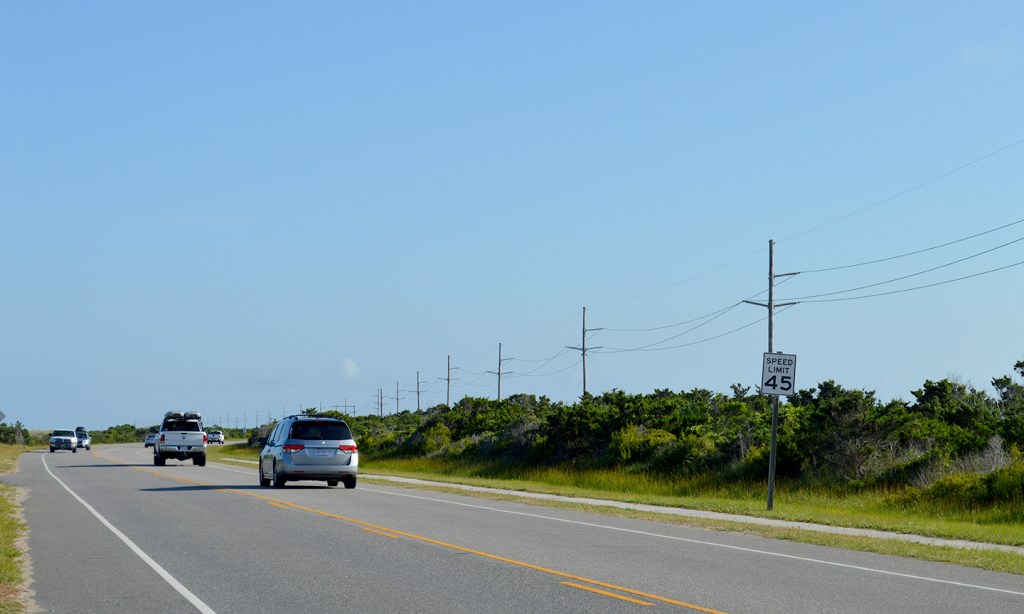 On NC 12 between Avon and Buxton, a new, seasonal speed limit is 45 miles per hour. Mary Helen Goodloe-Murphy photo

On July 9, the speed limit was changed in two places on Hatteras Island.

The seasonal speed limit is now 45 miles per hour between Avon and Buxton and between Frisco and Hatteras, two areas that traverse Cape Hatteras National Seashore lands. On Sept. 15, the speed limit will go back to 55 miles per hour.

“It’s all about safety, nothing else,” said Michael Barber, public information officer for the National Park Service. He confirmed that his agency had recommended the changes.

For additional safety measures, the park service is considering recommending two crosswalks on NC 12, one for Kite Point and the other at Haulover where people actually cross NC 12 to the Atlantic Ocean beach. Signs indicating the new parking lot at Kite Point are also under consideration.

NCDOT on its NC 12 Facebook announced the lowered speed limits. By 5 p.m. on Friday, the NCDOT announcement had garnered 264 comments and 224 shares. Some comments supported the decision; others opposed it; still others spoke about the lack of public process.