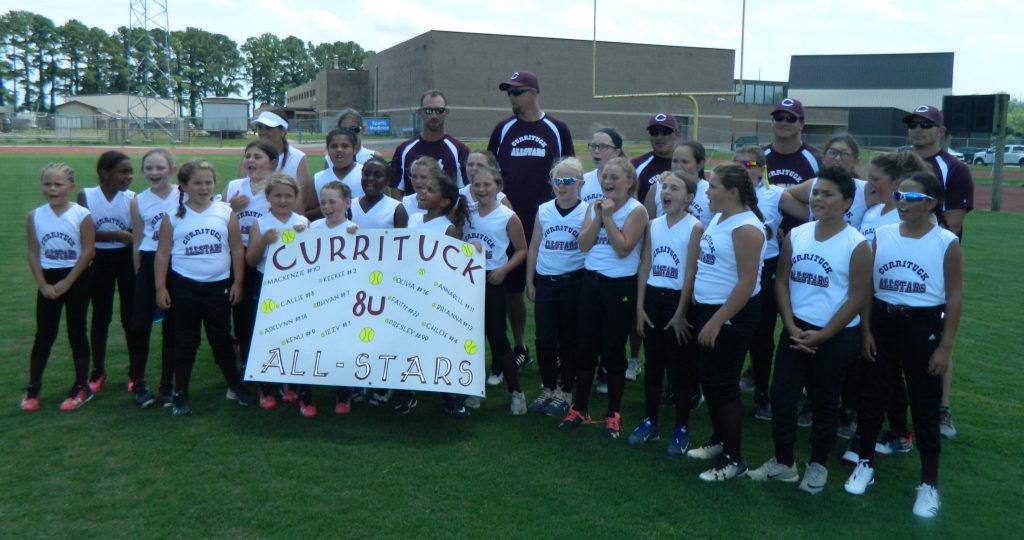 State tournament officials were joined by Currituck County officials under a hot summer sun in welcoming participants and a stadium full of guests to the four-day tournament. According to league president Gary Johnson, the tournament has been held all across the state from Boone and Shelby to Williamston with this weekend’s event the first time this far east.

It is also the first tournament to use female umpires.

During the afternoon ceremony, Tarheel League officials awarded scholarships to eight current or previous Tarheel League participants to help further their education. The league has handed out close to $50,000 in the past several years.

Tournament action began at 4 p.m. Thursday on fields in Currituck County and Camden. Sunday championship games were all scheduled to be played at Community Park in Currituck. Game brackets can be found on the tournament website https://www.tarheelleagues.com/

For more information, you can also contact Currituck County Parks and Recreation at 252-232-3007. 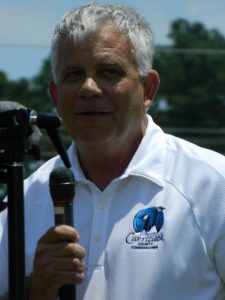