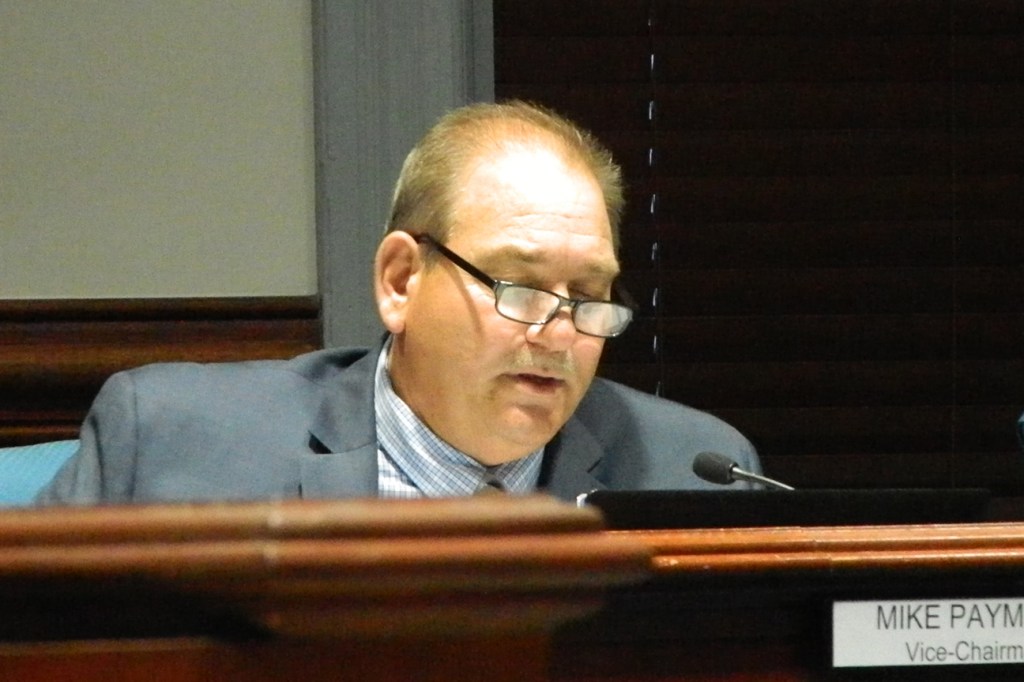 Speeding through a light March 2 agenda, the Currituck County Board of Commissioners created a new category for drive through menu boards, approved a security training facility use permit, authorized a shoreline stability study and denied a request for residential driveway width and setback changes.

Among the list of items approved by commissioners was a request from McDonald’s Corporation to allow the installation of fully electronic controlled menu board signs for drive through lanes.

According to Raleigh attorney Kenneth C. Haywood, who appeared for the McDonald’s chain, the use of new technology would assist the public in placing orders. He then added that Currituck is the final step in securing statewide approval, but with the only McDonald’s restaurant in the county located in Grandy, he did not expect the change to bring about a pervasive use throughout the county.

With Bob White out of town and unable to attend the meeting, the vote to approve was a unanimous 6-0.

Also gaining unanimous approval was the renewal of a use permit for the Academi Security Training Facility at 850 Puddin Ridge Road in Moyock Township.

First approved in 2009 and renewed in 2010 and again in 2016, the permit was due to expire on March 15, 2020. The facility straddles the Currituck-Camden county lines with firing ranges and part of a driver training facility in the Currituck County portion of the property.

According to staff reports, there have been no complaints regarding the property and periodic reviews indicate the operation has been in compliance with its existing use permit. There was, however, brief discussion on the hours and days of use. Although shooting times for Camden and Currituck are the same, Camden does allow Sunday shootings while Currituck prohibits it.

The vote to renew the use permit was subject to the current special use permit conditions:
1. Storage of munitions or explosives are prohibited in Currituck County.
2. Each firing range shall be posted indicating the allowable caliber of weapon permissible and any other applicable rules.
3. A copy of the most recent military handbook be available.
4. No site activities after 10 p.m.
5. Sunday operations are prohibited

While previous approvals were for five year periods, since Academi has operated in compliance with no violations or complaints, commissioners agreed the use permit be approved without an expiration date. 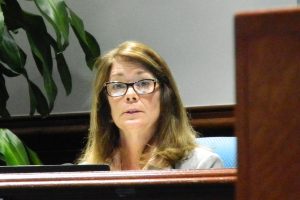 In unrelated votes, commissioners amended a contract with Southern Disaster Recovery for Hurricane Dorian debris removal services that increased the not to exceed amount by $54,000 to $554,000, named Michael Hurt to the Fire and EMS Advisory Board replacing Brooks Hart for an unexpired term ending May 31, 2021 and authorized a three-year comprehensive shoreline stability study by the environmental consultant firm APTIM Coastal Planning & Engineering of North Carolina, Inc.

According to county manager Ben Stikeleather, the study will encompass the entirety of the Currituck County oceanfront coastline from the Dare County line to the Virginia border.

APTIM has been the shoreline protection consultant for the towns of Duck, Kill Devil Hills, Kitty Hawk, Nags Head and Southern Shores.

The only agenda item that did not pass was a request to change driveway widths and setbacks.

Prior to 1989, driveway widths and setbacks on private roads in Currituck County were largely unregulated. Driveways on state-maintained streets were regulated by NCDOT. With an assortment of driveway widths which could be located near side lot lines over a period of time, stormwater issues developed. In 2005, driveway guidelines were put in place to alleviate stormwater issues.

The request before commissioners came about when several homes in Windswept Pines were approved with driveway widths of up to 24 feet and, after permits were issued, driveways of at least eight homes were constructed in excess of the 24 foot limit, some as much as 38 feet wide.

The request was to allow driveway widths of up to 40 feet when located on a street with curb and gutter section and where the allowable lot coverage is not exceeded. The amendment also asked that driveway setbacks from side property lines to be reduced from 10 feet to 5 feet.

During a lengthy discussion on the request, it was mentioned that setback variances are allowed for decks and fences, but with driveway lengths that vary greatly from 25 to several hundred feet, there is the potential to create long linear stormwater runoff. Driveway widths and setbacks were implemented in an attempt to minimize stormwater runoff between adjoining properties. In addition, there were other regulations implemented to control stormwater runoff such as including no fill within 10 feet of a property line and a requirement for lot line swales.

Staff reports indicate while newer subdivisions have included stormwater measures not found in earlier developments, reducing the driveway setbacks would have varying impacts on stormwater runoff onto adjoining properties.

As council discussed the changes, concern was voiced more than once that changes would be implemented county-wide and impact areas without stormwater plans. Also discussed at length was the impact of smaller setbacks for neighbors that did not want driveways closer to the property line, and that there would be no recourse for neighbors who did not want the closer driveways.

When asked what steps were open for homeowners with non-conforming driveways, it was pointed out that a variance was not likely and most likely homeowners would have to remove offending areas of the driveway.

Unable to justify the change, commissioners voted to deny the request to change driveway width and setback guidelines.

Other commissioners’ actions included rescheduling a public hearing on amendments to the county’s unified development ordinance, which was continued for the April 6 meeting, and sitting as the Tourism Development Authority, commissioners authorized $95,899.61 in grant requests for the 2020-2021 year to include:

Approved monies are to be refunded up to the approved limit based on invoices for tourism related expenses before, during or after the event.