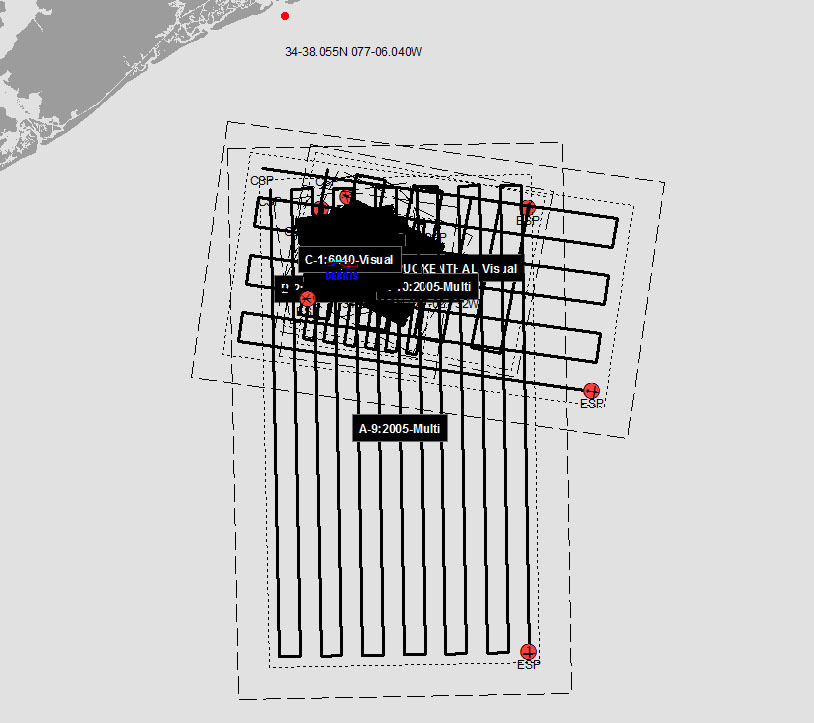 Graphic of the combined search patterns conducted by Coast Guard assets March 24, 2020, during a search for two missing persons after their aircraft was reported to have gone down 13 miles southeast of Bogue Inlet. Coast Guard watchstanders were initially notified of the incident by Air Traffic Control Cherry Point, who reported that an aircraft had dropped from their radar. U.S. Coast Guard graphic

Coast Guard Sector North Carolina watchstanders were initially notified of the incident by Air Traffic Control Cherry Point that an aircraft had reportedly dropped from their radar.

The Federal Aviation Administration and the National Transportation Safety Board will be investigating the cause of the incident. The Coast Guard has suspended its search, pending the development of new information.

North Carolina schools to stay closed through May 15; some businesses ordered to close