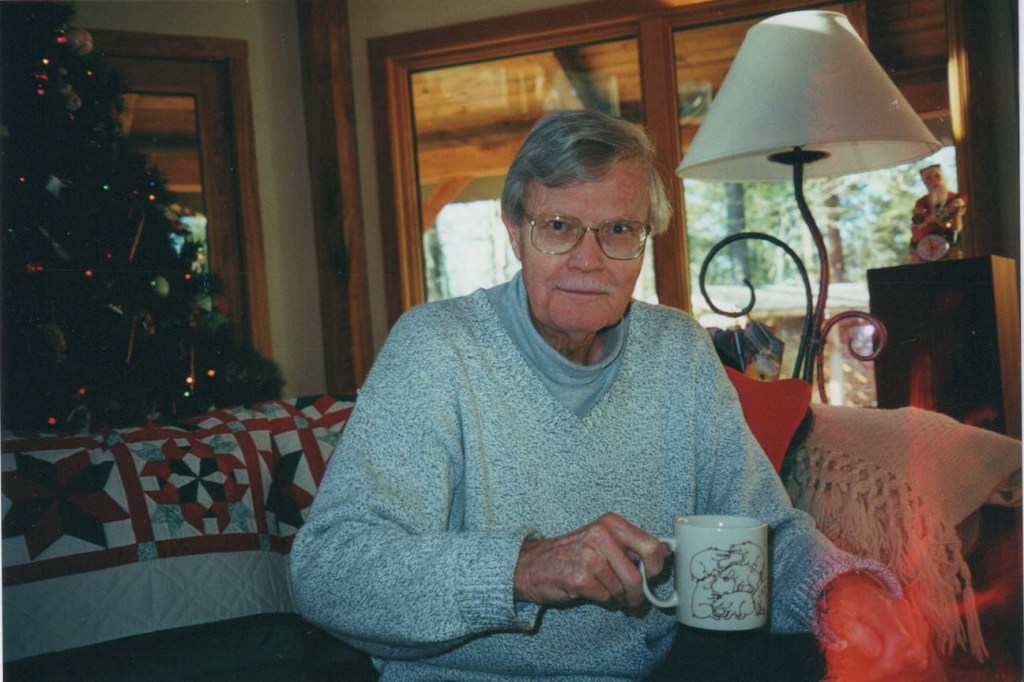 A selfless and kind person loved by all he knew and touched, H. Victor (“Vic”) James joined his beloved wife, Eunice, on the 5th of May, due to the effects of COVID-19. He was comfortable and not in pain. While his family was not able to visit with him in person in his last days, we were blessed with the opportunity to visit with him multiple times via video conference to share our love for him and to send him positive energy.

Vic left us with long lasting memories of his good nature, and his fine examples provide leadership to emulate for many years to come. He was happiest in finding out what made a person “tick,” their ideas, and political beliefs. His lifelong membership to St. Andrew’s Episcopal Church in College Park, Maryland, was his rock and his community. Many a conversation with previous strangers would be extended if he learned that the other person was also an Episcopalian. His family recalls many trips to the store, seemingly for just a few items, would take a couple hours. Upon his return, he would regale us of the conversation he had just had with a person, also learning that they were from Maryland and were Episcopalian themselves, even when the conversation occurred in Seattle, Washington.

He was an early leader in the battle to improve indoor air quality by banning smoking, being part of a group called GASP (“Group Against Smokers Pollution”) starting in the early 1970s. Vic enjoyed fishing along the Atlantic Shore of the Outer Banks, NC, where Eunice and he lived for many years after their retirement. While residing in Southern Shores, NC, both Vic and Eunice were active members in the Episcopal churches St. Andrew’s by the Sea and All Saint’s. Vic kept a very active volunteer life while residing in Southern Shores. He was an avid reader, with a keen interest in American history. He took pride in remembering the names of all 100 Senators. Baseball was a passion for him, one of Chris’ earliest memories was to be able to skip school to see a World Series game in Baltimore. Once the Nationals came to DC, that became his adopted team and he followed every pitch.

Vic leaves two sons and their spouses, Mark James and Arthur Johnson of Alexandria, Virginia, and Christopher and Anne James of Tacoma, Washington. He also leaves one granddaughter, Katherine James of Paris, France. We miss him greatly and will keep him in our thoughts each day.

Vic was a member of St. Andrew’s Church almost from its beginning in 1936. Vic wishes for contributions in his name be made out to “St. Andrew’s Episcopal Church”, and sent to 4512 College Avenue, College Park, MD 20740.

Vic will be interred with Eunice at the Columbarium at St. Andrew’s Church in College Park, MD. Due to COVID, an in-person memorial service, as he had wished, cannot be held right now. A service will be scheduled and announced once it is safe to have community assembly again.