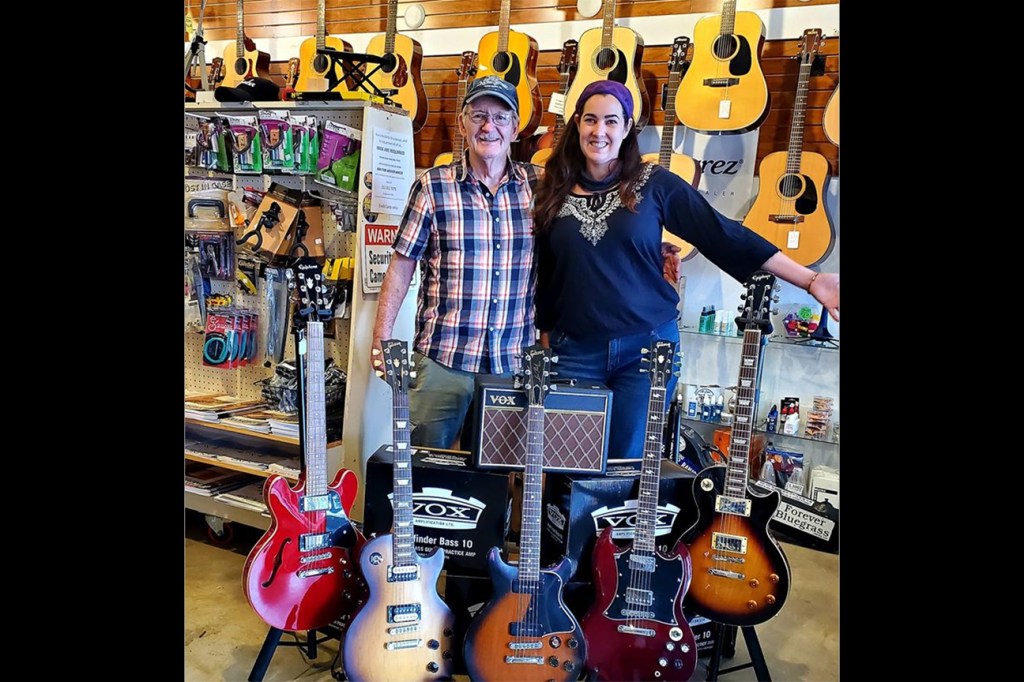 On May 18, Kill Devil Hills police responded to a breaking and entering with larceny at Jubilee Music Store in the Seagate North shopping center.

According to a press release from the Kill Devil Hills Police Department, over $10,000 in musical equipment was stolen, including a Les Paul Double electric guitar valued at $6,999. Acting on information developed through law enforcement sources, officers served a search warrant on Sea Swept Road residence in Kill Devil Hills on May 19, where the Les Paul Double was recovered.

KDHPD reported that on Wednesday afternoon, May 20, the suspect in this case, Christopher Pergl, cooperated with law enforcement to ensure the return of the remainder of the stolen property. All of the items reported stolen from the store have now been recovered, which included five additional guitars and an amplifier. “The case will now be tendered to the District Attorney’s office for consideration,” concluded the release.

Over $9k in merchandise stolen from Jubilee Music Store

North Carolina moves to ‘Safer At Home’ Phase 2 on Friday