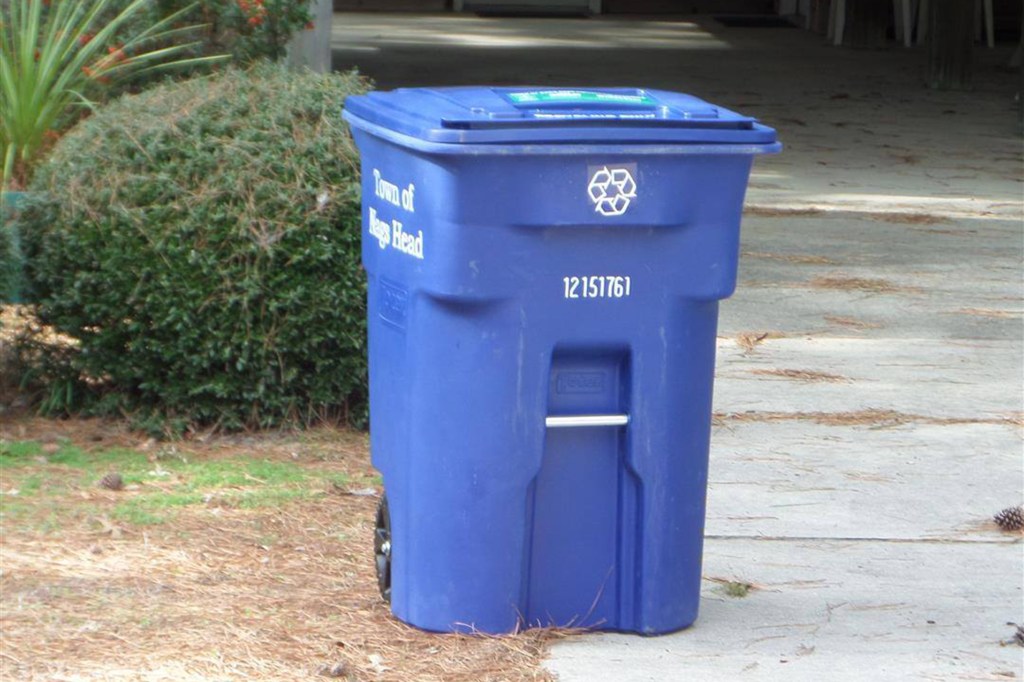 Nags Head commissioners met on June 3 for a regularly scheduled meeting where they revisited several topics, including recycling, the flood prevention ordinance, and temporary alterations to uses in the event of declared emergencies.

After suspending their recycling program in early May, Nags Head was eager to search for cost-effective means of proving recycling services to their residents. Town manager Cliff Ogburn came back to the town on Wednesday with some suggestions to help suffice recycling needs.

After reaching out to four potential vendors to provide subscription-based recycling services, Ogburn said Bay Disposal would be a viable option. Bay’s criteria was that at least 300 residents would need to subscribe. Bay would provide the carts and choose the week day to service the town.

Another potential vendor, Tidewater, said they would consider offering their services to Nags Head as well, reported Ogburn. “I’m hopeful we’ll be able to put this subscription program in place sooner rather than later,” he said.

Commissioner Webb Fuller agreed: “I would like to try to push hard to get staff to move quickly and set up a program as quickly as possible and not lose any more momentum…I think we can be more aggressive as a municipality and try to set up the facilitating part of sending out information.”

Ogburn said staff has suggested the board form a committee to provide recommendations about recycling after the summer season. In addition, the committee could assist with creating informational campaigns and disseminating information regarding recycling.

“I would like to see a group of interested citizens attack that issue,” Mayor Cahoon chimed in. “I do think that we have some number of people in the town for whom this is a big issue and I do think the education is an important component.”

In other business, after working through the logistics of the new flood maps and flood prevention ordinance, planning staff committed to a 10-ft local elevation standard. They also proposed a 25% cap on lateral additions for properties that are currently below the 10-ft. LES located within X-zones.

Mayor Cahoon supported the 10-ft. LES, explaining that an LES of 10 is “effectively 9 plus 1 foot of freeboard. The vast majority of structures in the town would meet that standard, other than the few that are at 8 at the north end of town.”

The rest of the board sided with home builders and local real estate representatives, who had voiced their concerns and opted for a smaller LES. Commissioner Kevin Brinkley’s reasoning in supporting a lower elevation standard was to be more consistent with surrounding municipalities, who had chosen an 8-ft. LES.

“Our job is to be more pragmatic; I think 9 is a good number, I really do,” said Fuller.

After everyone had their say, a motion to eliminate the 25% standard for lateral additions was unanimously agreed upon.

Commissioner Mike Siers then motioned to adopt the full ordinance only with a change in LES from 10 to 9-ft. In a vote 4-1, the Mayor was opposed, but the supermajority carried the motion through to approval.

Deputy planning director Kelly Wyatt explained that staff had requested to allow learning centers as permitted uses in the commercial zoning district. The applicants, Kim Cowen and Megan Dixon, said their reasoning for the ask was to “try and help out a lot of these brand new homeschool families.”

Commissioners voiced their support, and Brinkley motioned to approve with everyone in favor.

As for the other requested amendment, planning staff had created a permit to be applied for by local restaurants to reduce parking by up to 25% in response to Dan Lewis, president of the Outer Banks Restaurant Association.

Lewis had requested that local municipalizes consider regulatory changes to “allow for flexibility in restaurant operation in response to the COVID-19 pandemic.”

“I appreciate board’s thoughtfulness on this, staff has worked hard on this,” Mayor Cahoon said. After a 5-0 vote, the motion to approve the requested amendment was passed.

Special lights in Southern Shores: From Christmas to corona to wedding